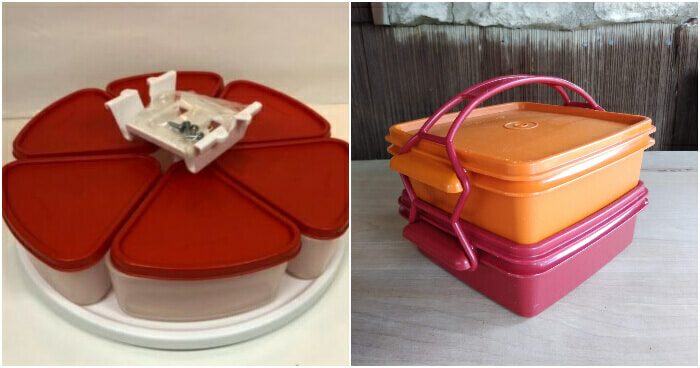 Tupperware – every kid has probably gotten into trouble for them at least once, whether it’s because they misplaced them, or worse, lost them. Now we know why: they’re worth hundreds of ringgit on eBay and Etsy!

Although it’s hard to imagine Tupperware as anything but a local brand, due to its widespread usage in Malaysian households, it is actually the invention of the late Earl Tupper, an American inventor. He brought everyone’s favourite plastic container to life after buying some moulding machines from the plastics factory he worked at, and began experimenting with plastics at home. Some of his inventions even included gas masks that were used in World War II!

The brand broke through into households in 1946, when it released the aptly named Wonder Bowl. It featured the distinctive double sealed lid which could be sealed or unsealed simply by pressing, and made a ‘burp’ sound whenever it was closed (one of the most memorable sounds from our childhoods, for sure!). Its invention also marked the start of plastic being used to make household goods. Who would have thought that our everyday lunch container had such a rich history behind it? 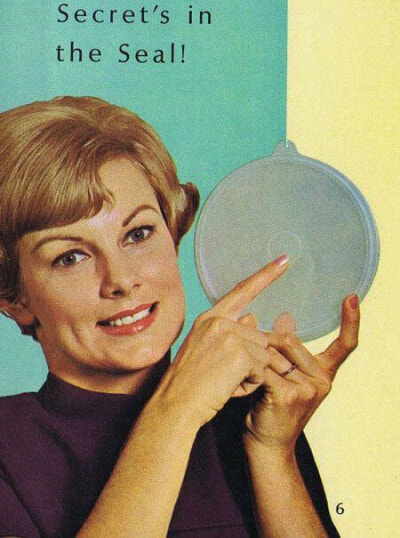 Fast forward to 2019, and the value of Tupperware has appreciated – by a whole lot. A quick search on Etsy and eBay reveals hundreds, if not thousands of familiar products with not so familiar price tags, such as this one:

That round orange container with the ridges on the lid looks like something our mums would have used to store leftover CNY cookies in, don’t you think?

Even a seemingly simple container such as this (pictured above) can fetch nearly RM100, and it’s branded as a ‘rare find’!

Evidently, some Malaysians are aware of the value their years-old collection can fetch, as we found this set that ships locally, and is priced at over RM300! 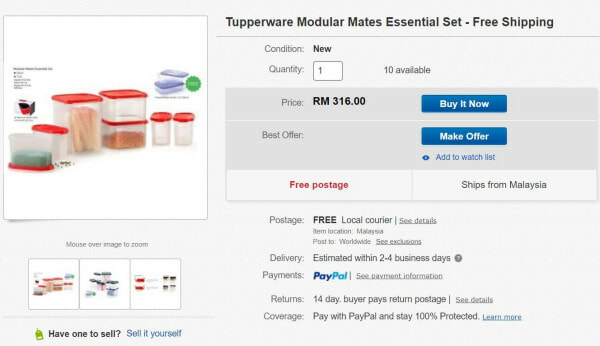 For the sake of comparison, we also looked up Tupperware Malaysia’s latest catalogue. Our conclusion? Although these designs are not the exact same as their vintage counterparts, they’re definitely nowhere nearly as expensive!

Take these lunch boxes for example: 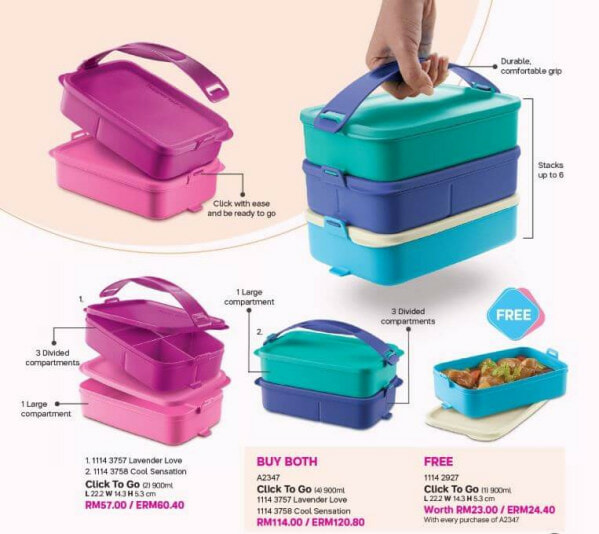 If you have a mum or an aunt who’s willing to part with some of their beloved Tupperware to earn some serious cash online, share this with them! Thanks to all the love and care they’ve given them through the years, we’re sure they’ll be in pristine condition, which means there’s a chance they’ll be worth even more. Ka-ching!

Also read: 7 Things We as Kids Hated Our Parents for But Totally Understand Now that We’re Older