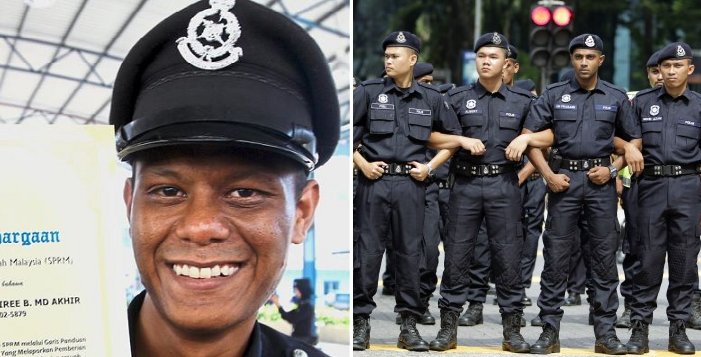 As we know in Malaysia, we can easily ‘kau tim’ everything with money. Money talks ma right? But for this policeman, it’s a different story.

Taking a bribe is out of the question for 27-year-old Muhammad Norzulkhairee Md Akhir, a police constable who was recently awarded with the Malaysian Anti-Corruption Commission (MACC) appreciation certificate, for saying ‘NO’ to bribery. 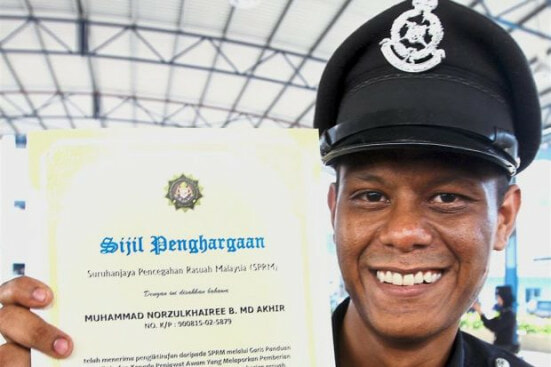 According to The Star, Muhd Norzulkhairee pulled over a suspicious car at Tanjung Bungah on 8 October 2015. It was reported that there were four men inside the car and he suspected them to be illegal immigrants.

“The driver, a local, got out of the car and took out a stack of money amounting RM1,000 to ‘settle’ the case,” he told the reporters after the gathering.

“Instead of accepting the bribe, I handcuffed him and took him to  Tanjong Tokong police station where I worked,” he added.

Despite being offered RM1,000, which was more than half of his monthly salary, he was not tempted by it. This proved that the stigma of all policemen taking bribes is not true.

During his speech in the police gathering, Norzulkhairee from Sungai Petani, Kedah also urged his colleagues not to accept bribes.

To prove that the police and MACC are committed to eradicate the corruption in the force, Comm Chuah said that eight investigation papers have been opened, which involved more than 20 personnel including Assistant Superintendent and other ranks.

“Twelve of them were charged in court. Five were suspended from work and seven others are in the process of being suspended. Three were earlier sacked after being convicted,” Comm Chuah said.

Netizens applauded the integrity Norzulkhairee showed in his line of duty. “Now who says there’s no good cop left in the country?” a Facebook user commented.

One thing though, why is RM1,000 more than half his month’s salary?? Malaysia should really look into their wage amount so policemen are easily tempted by bribes, like the ones from most European countries. 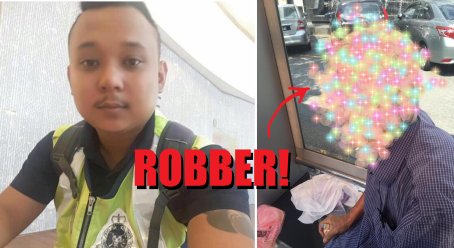