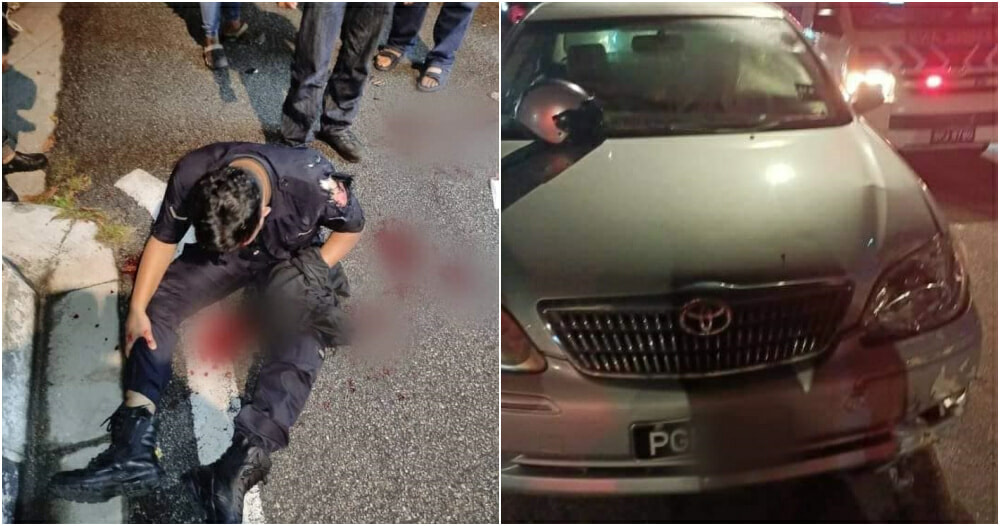 On Monday night (January 4), a policeman was injured after being hit by a car driven by a former assemblyman at a traffic light in front of a Jalan Thean Teik supermarket, Air Itam, Penang. 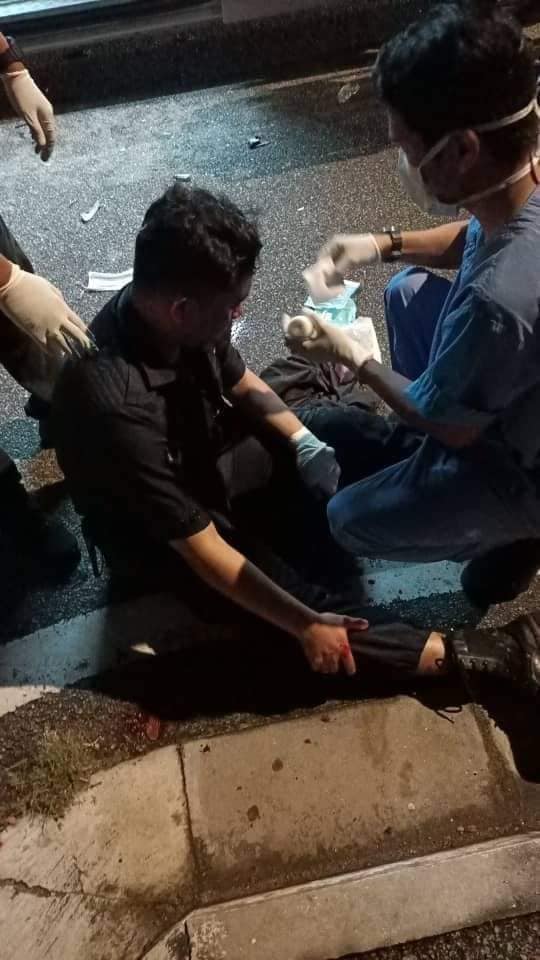 The Lance-corporal-ranked policeman was on duty at the North East District Police Headquarters. The incident left him with an injury on the left palm and a wound on his forehead. Thankfully, he was reportedly in a stable condition and was treated at the Yellow Zone, Penang Hospital.

According to a report from Astro Awani, the driver of the car is a former State Assemblyman (ADUN) who served in Penang from 2008 to 2013 and is currently holding a special officer’s position to one of the Members of Parliament (MP). 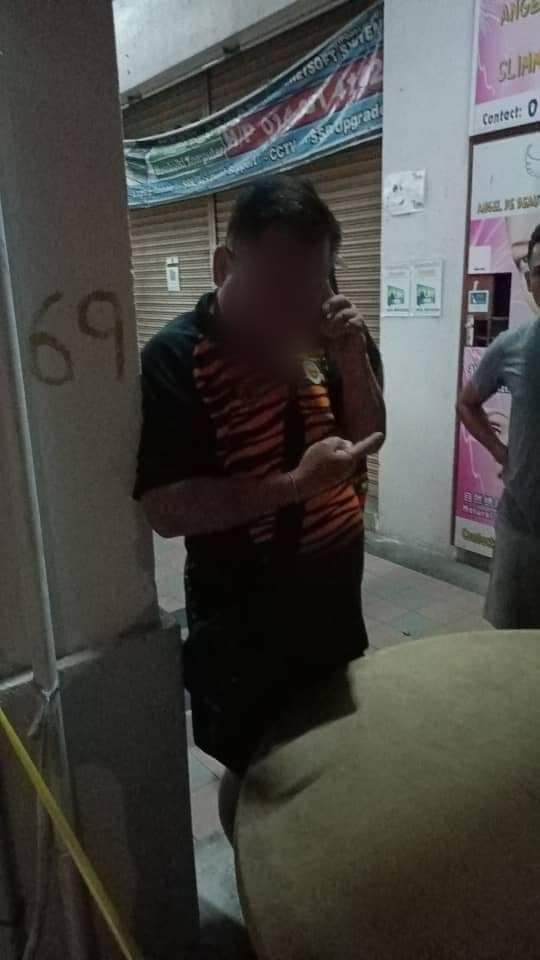 According to the investigation, North-East District Police Chief, Assistant Commissioner Soffian Santong said that the 27-year-old victim was riding a motorcycle alone and was hit by a car driven by a 55-year-old man.

“Preliminary investigation found that the man driving a Toyota Camry claimed to be coming from the city centre towards Balik Pulau. 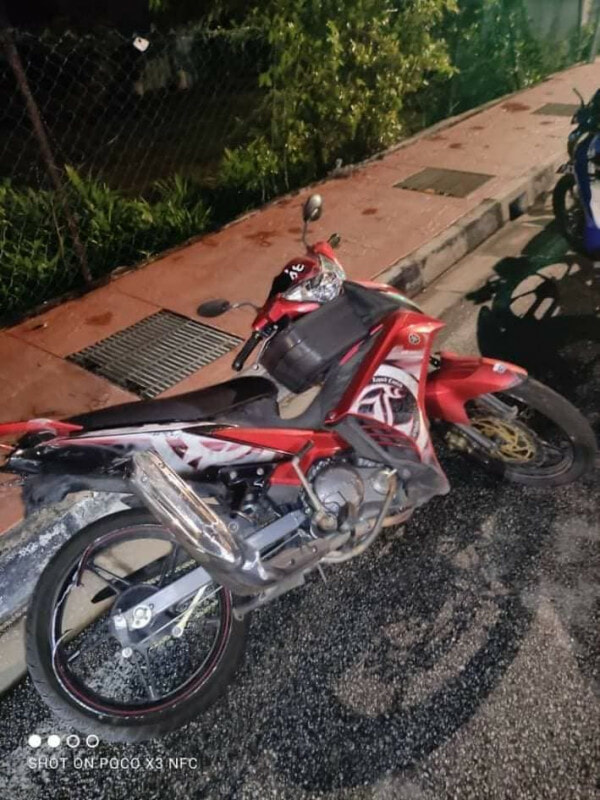 While at a traffic light in front of a supermarket, a motorcycle suddenly came from the same direction in front of its path.

“The incident caused the driver of the car to be shocked and he tried to dodge the vehicle but collided with a Yamaha LC135 motorcycle ridden by the victim,” he said.

It is understood that the victim suffered minor injuries, while the driver of the car did not suffer any injuries.

Both the driver and the rider have a valid driving license and the police are currently investigating whether the driver of the car was under the influence of alcohol during that time.

The case will be investigated under Section 43 (1) of the Road Transport Act 1987. 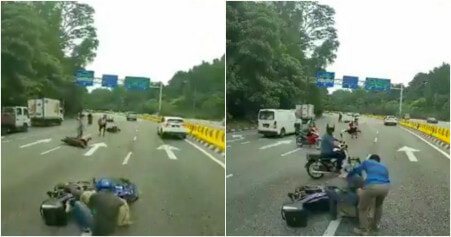