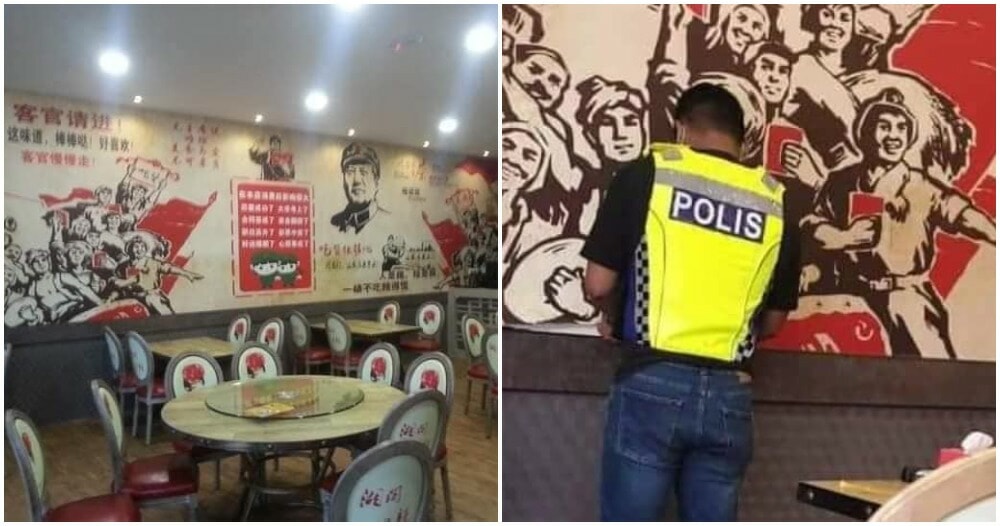 On 2 January 2021, the Royal Malaysian Police Force (PDRM) investigated a restaurant in Juru, Penang for having communist-themed wallpaper as decorations. The restaurant was seen decorating its walls with pictures of the late Chinese communist leader, Mao Zedong.

State Criminal Investigations Department chief SAC Rahimi Ra’ais said the outlets, located in Juru on the mainland and Pulau Tikus on the island, are owned by a 40-year-old man, reported Bernama.

Police recorded statements from several individuals including the restaurant’s 23-year-old manager but the owner is currently undergoing a two-week Covid-19 quarantine period. 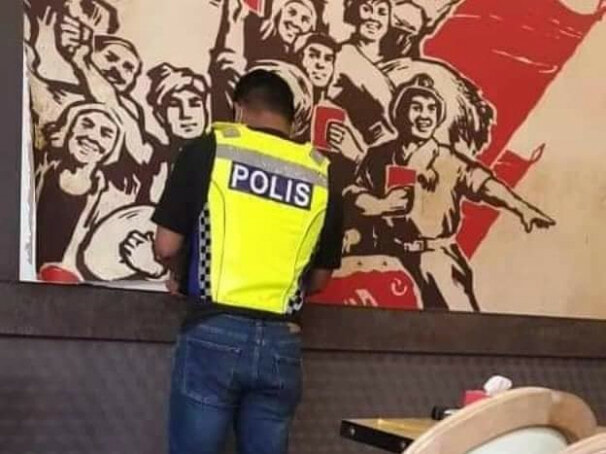 The case is being investigated under Section 47 of the Societies Act 1966 for publishing propaganda of an unlawful society and Section 505(b) of the Penal Code for making, publishing, or circulating any statement, rumour or report with intent to cause, or which is likely to cause, fear or alarm to the public.

“The wallpapers are only decorative!”

Penang MCA chairman Datuk Tan Teik Cheng, however, has defended the restaurant and posted on his Facebook saying that PDRM removing the wallpaper was an overreaction.

“The posters were merely decorations. There are better ways to handle the situation than removing the wallpaper.” 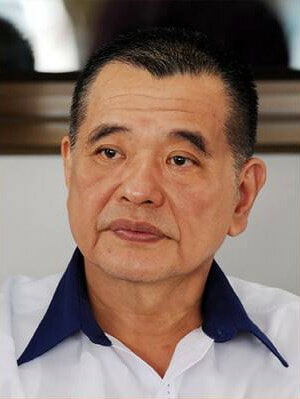 He added that he did not think the restaurant owner had any agenda of spreading propaganda. The restaurant owner’s wife is a Chinese national and these posters might have been her way to show love for her country, he said.

Tan hopes that netizens won’t treat this matter as a racial subject to avoid disrupting the racial harmony in the country. He also said making this issue bigger than it is might affect the friendly relationship between Malaysia and China.

Innocent decorations or propaganda? Let us know what you think! 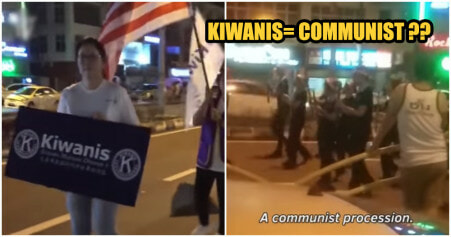