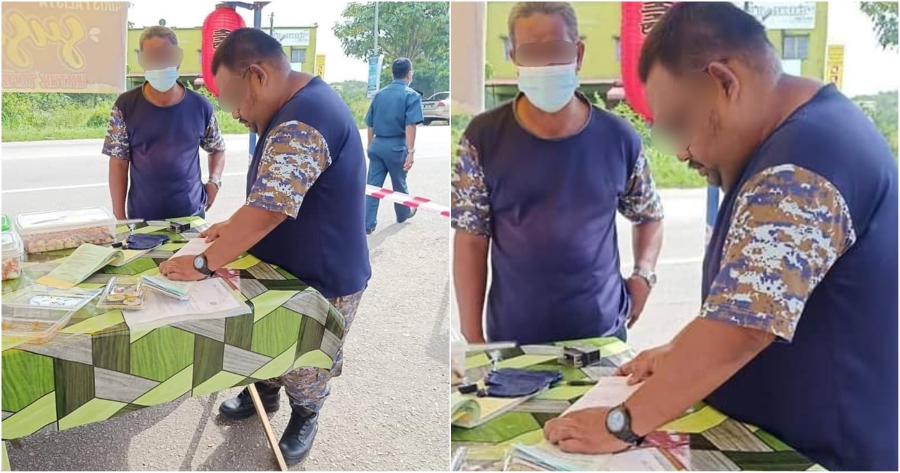 The Royal Malaysia Police (PDRM) have shared that they will be taking action against a local authority (PBT) enforcement officer in Pasir Mas, Kelantan, after photos circulated online, of the officer without a face mask on while he was imposing a compound on a trader in Rantau Panjang.

Based on a report by Berita Harian, Pasir Mas District Police Chief, Assistant Commissioner Mohd Nasaruddin M Nasir shared that the man will be charged in accordance with Regulation 17 of the Infectious Disease and Control Regulations 2021, for not wearing a face mask in public. 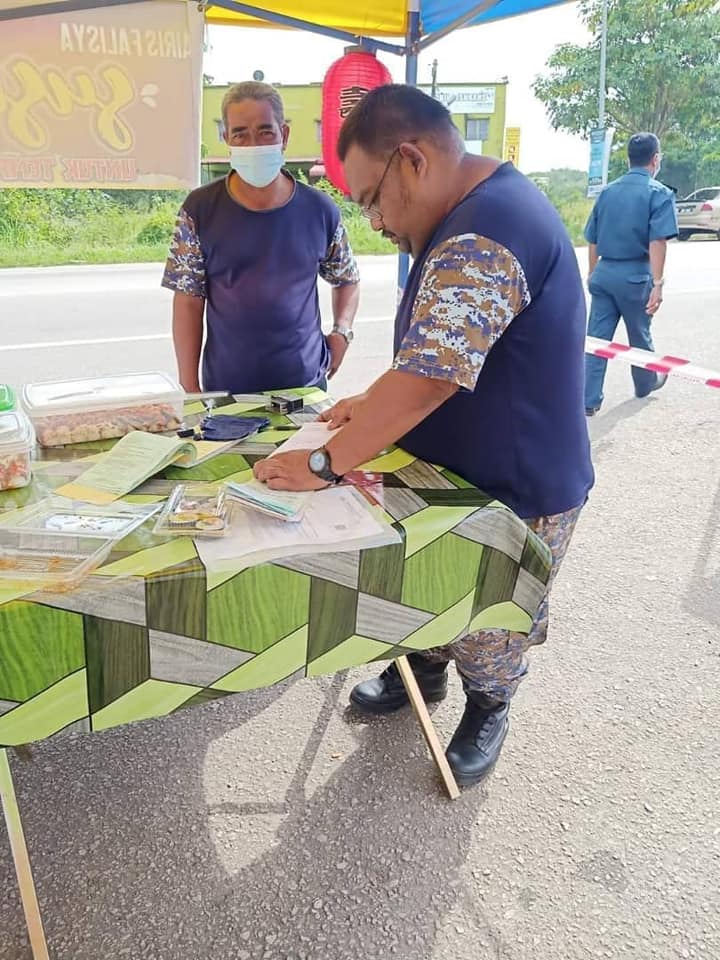 He added that investigations found that the 39-year-old man worked as a local authority enforcement officer in Pasir Mas, and that they are currently in the process of tracking down his whereabouts.

“The incident involving the enforcement officer went viral as he was imposing a compound on a street vendor who was conducting business in an unauthorised area near the Beijing Mosque in Rantau Panjang, Kelantan,”

“Images that went viral caused dissatisfaction among the community because the enforcement officer was not wearing a face mask while carrying out his duty. Following that, a police report was lodged to conduct a detailed investigation related to the images, so that appropriate action can be taken against the enforcement officer,” he said.

Also read: 54 People Compounded RM2k Each After They Were Caught Jogging & Lepaking In Klang 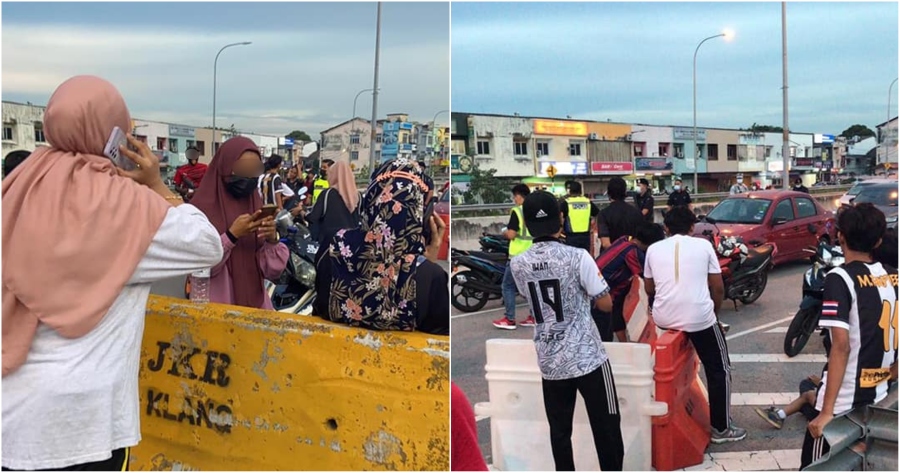