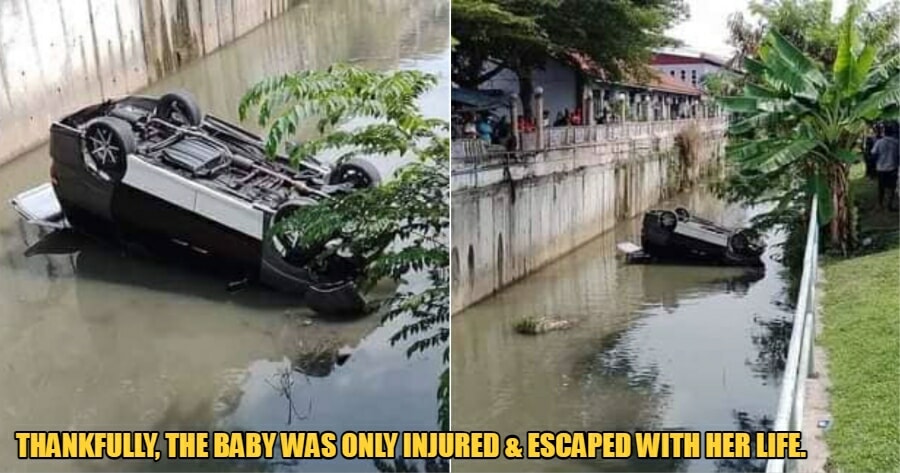 An 8-month-old baby girl was, thankfully, only injured when a Toyota Alphard had slid and overturned into Sungai Betong, Jerantut.

Based on a report by Utusan, the baby girl was alone in the car, believed to have been left there by her parents, and was successfully removed from the vehicle by passersby before rescue personnel arrived at the scene.

Jerantut Fire and Rescue Station (BBP) Operations Officer, Osman Abd. Malik shared that a total of 9 BBP officers rushed to the scene after receiving an emergency call and found that the baby girl had been brought out of the car by members of the public.

“The firemen went down into the 0.6 meter deep river by using a ladder to save the belongings of the car owner and handed them over to the police.”

“Thank you to the public who acted quickly to remove the baby who was trapped in the overturned vehicle in the river,” he said.

The tiny injured baby has since been handed over to medical professionals for treatment and further action.

Witnesses, on the other hand, explained that the car had slid and overturned into the river while the baby’s parents were not in the vehicle.

It’s truly unbelievable that parents are still willing to leave their small children in vehicles after so many incidents have proven that such actions can risk their child’s life, safety and well-beings. 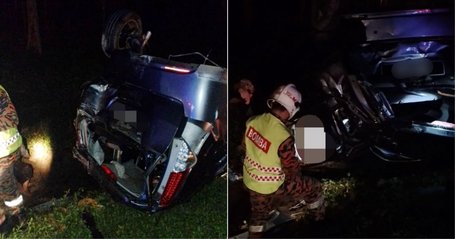