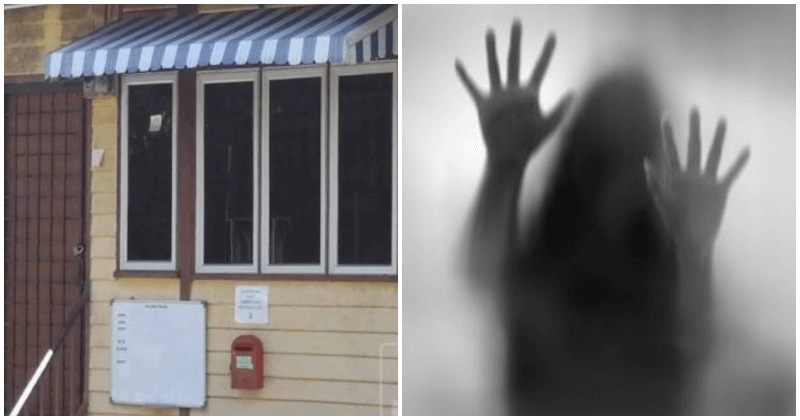 A letter informing a temporary closure of a clinic in Hulu Selangor went viral recently, after it cited ‘mysterious’ incidences that traumatized both nurses and patients at the facility as the cause of closure.

Reported on the Wujud (Paranormal Team) Facebook page, a letter dated 28 March 2019 informing the temporary closure of the Klinik Desa Gesir Tengah, Hulu Selangor was posted, with the page admin seeking further clarification on the matter. 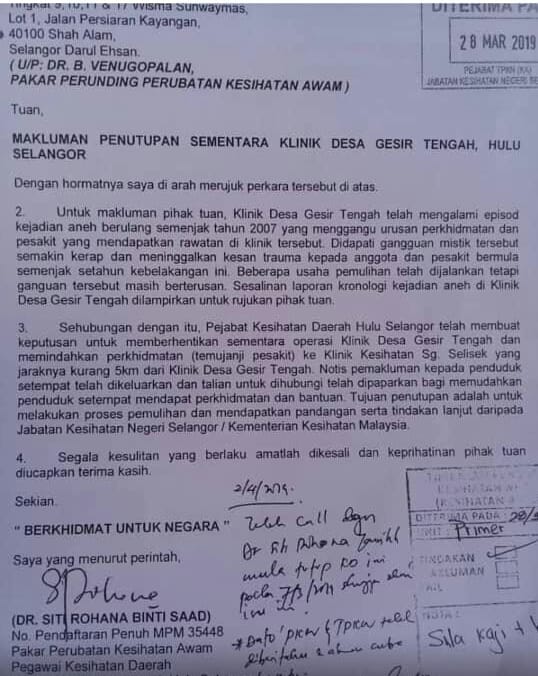 The letter writes “Klinik Desa Gesir Tengah has been experiencing a series of paranormal activities since 2007 which disrupts service and disturbs those seeking treatment at the facility.”

“These mystical occurrences are consistent and has traumatised both personnel and patients for the past year.”

“We have made efforts to stop the disturbances, but they continue to happen.”

The District Medical Officer who wrote the letter has also included a chronology of mystical events that took place at the clinic.

Though the original post did not include the said chronology, a netizen commenting on the post shared the attachment outlining the chronology of incidences taking place at the clinic.

The attachment outlined events happening from 2007 until 2012. 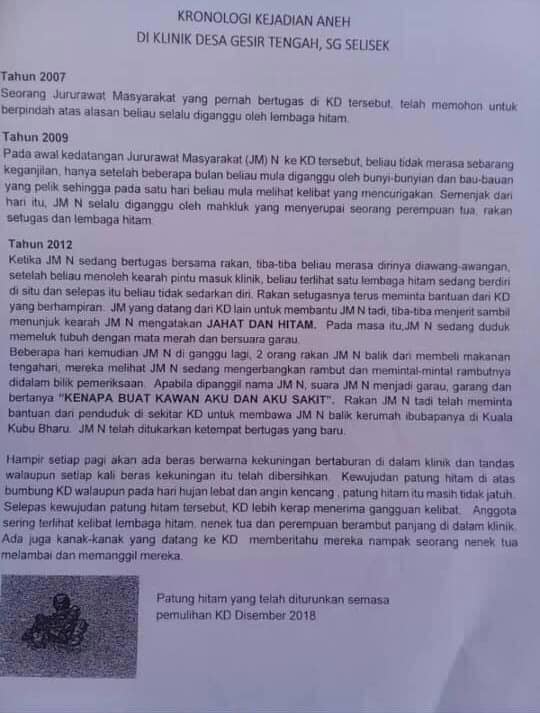 In 2007, “a Community Nurse (Jururawat Masyarakat) asked to be transferred after reporting disturbances by a black entity.”

In 2009, “When Community Nurse N arrived at the facility there were no disturbances to be reported, but as months went by she began experiencing weird noises and smells. She then saw an entity around the facility. Since then Community Nurse N is continuously disturbed by the entity that takes the form of an elderly woman, her colleague and a black entity.”

The disturbance experienced by Community Nurse N continued in 2012, to a point that she herself became a victim of possession by the black and evil entity.

Though her series of possession and disturbances ended after being transferred to a different clinic, for the clinic, it was only the beginning.

“On a daily basis, yellowish grains of rice are found on the floors of the premise and in the toilets despite efforts to clean it up. The existence of a black statue placed on the roof has triggered more disturbances at the facility.”

“Personnel continued to witness the existence of a black entity, an elderly female and a long-haired woman at the clinic.”

“Children frequenting the clinic also witnessed the existence of an elderly woman waving and calling them.” 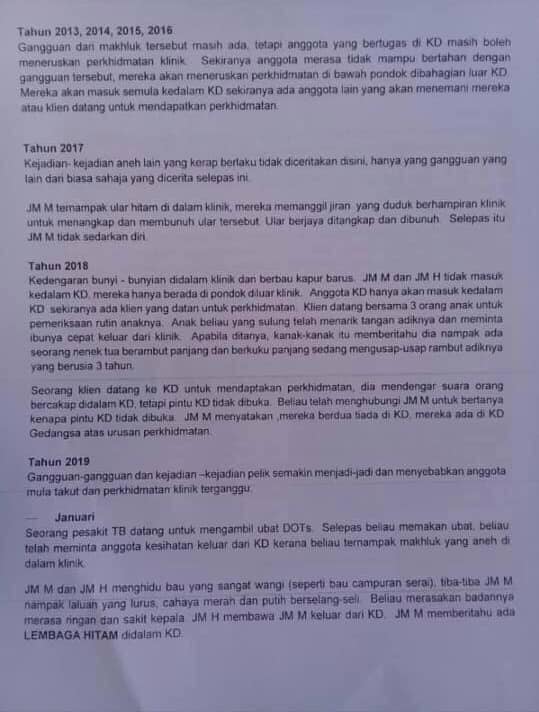 Fast forward to 2019, the report states that the disturbances have become more frequent.

“A TB patient came by to take his medication. Upon taking his medicine, he asked nurses at the clinic to leave the clinic as he witnessed the existence of an entity in the clinic.” 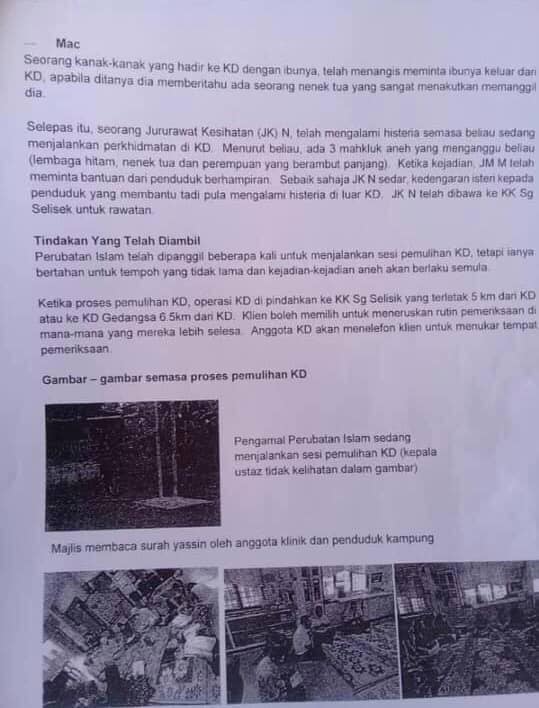 In attempt to stop future disturbances, a series of ‘cleansing’ activities were carried out by employees of the clinic and the surrounding community, which also includes the removal of the previously mentioned statue. *Shudders*

Though the post offers no insight about the current progress of Klinik Desa, we sincerely hope that the root cause of the disturbances are identified to ensure that the clinic can resume operation… Or atleast, that the premise be safe from these disturbances.

What do you think about these disturbances? Share with us your thoughts in the comments’ section. 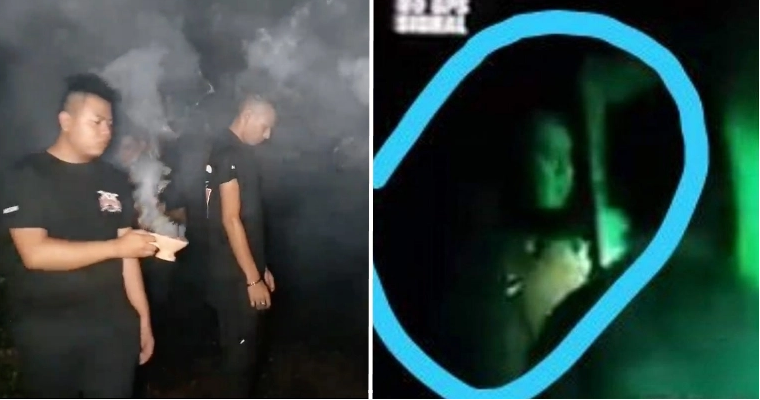