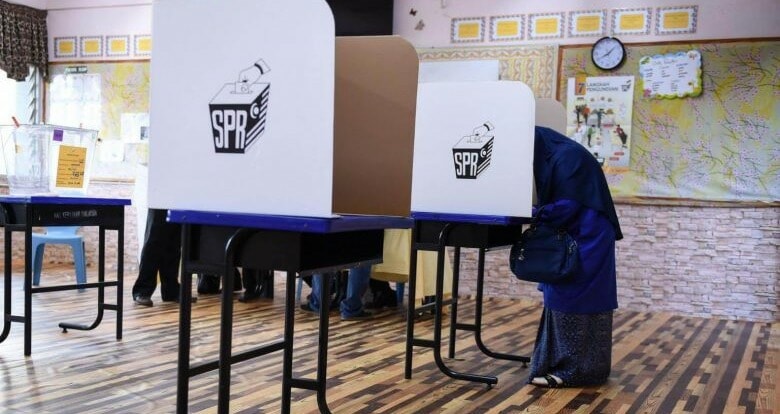 Youth and Sports Minister Syed Saddiq Syed Abdul Rahman envisioned that in the next General Election (GE15), Malaysians can exercise their rights to vote even if they are aged 18. Meaning he’d like to lower the voting age from 21 years old to 18!

He cited that amendments will be made to the Federal Constitution, and with some Opposition MPs willing to see changes to the law, questions began to arise among members of the public who remain divided on the move.

Sharing a video that collected public opinions, the Centre for Governance and Political Studies took to twitter to share the move that will impact 3.7 million Malaysians.

In its tweet, @CentGPS writes “In one week, Malaysia’s parliament will begin debating on whether to lower the voting age from 21 to 18.”

“A lot of people have different opinions on this.”

“We decided to interview the ‘tik-tok’ and ‘wechat’ generation everyone is worried about.”

In one week, Malaysia's parliament will begin debating on whether to lower the voting age from 21 to 18.

A lot of people have different opinions on this.

We decided to interview the 'tik-tok' and 'wechat' generation everyone is worried about. pic.twitter.com/70gh19s2Qk

Though the video may not be a representation of what the 3.7 million 18-year-olds who will be impacted feel, the comments section, however, holds a different story.

One netizen got into a debate of sorts for pointing out that the nation was not ready for this. 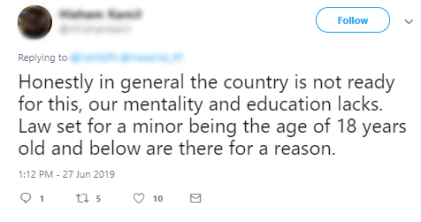 “Honestly, in general, the country is not ready for this, our mentality and education are lacking. Laws set for minors age 18 and below are there for a reason.”

This, however, did not go down well with another netizen, and debate ensued. 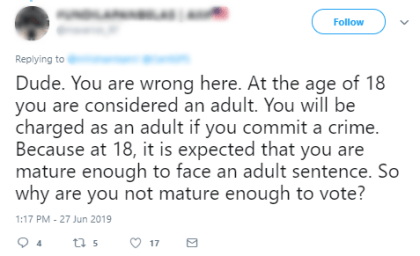 “Dude, you are wrong here. At the age of 18, you are considered an adult. You will be charged as an adult if you commit a crime.”

Clearly divided, the commenter also talked about how in Indonesia the voting age is set at 17.

Another commented on the video, stating that the subject did not represent the full breadth of individuals within the 18 age limit. 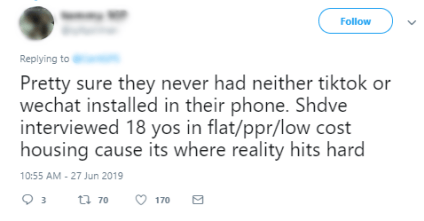 “(I’m) pretty sure that they have never had a tiktok or wechat app installed on their phones.”

“They should’ve interviewed 18-year-olds in the flat/PPR/low-cost housing because that is where reality hits hard.”

Though the video may not be the most accurate representation of the Malaysian public, Malaysians are apparently divided, with some remaining undecided on the matter.

Will Malaysia see reform come GE15? What is your opinion – are you for or against 18-year-olds determining the future of the nation? 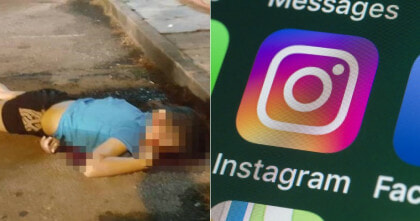