In this day and age, the Internet is mightier than both the pen and the sword!

Nowadays, whenever something happens, everyone’s initial reaction seems to be whipping out their phones to record it for their social media. While this act has its own negative connotations, truth be told, multiple cases have been solved just because one person had the presence of mind to obtain photographic evidence of the incident.

You may argue that complaints need to be made through the right channel but at the end of the day, which medium gets more attention? A prime example of this happened when Facebook user, LANDO Zawawi, posted an image of a signboard at Persiaran Kenanga, Kota Damansara that was built right on top of a pedestrian walkway proving to be an inconvenience to the public. The posting made on 24 March 2021 went viral garnering almost 600 shares and eventually caught the attention of DASH Expressway, the authorities who were in charge of the project. Four days after the post went viral, DASH Expressway released a statement saying that they were aware of the issue before the posting was made and repair work was being done by the contractors.

The mistake was then rectified within a few days which made Malaysians wonder what would’ve happened if the initial image didn’t go viral. Twitter user Injang Nation (@InjangNation), who reposted the images, spoke to WORLD OF BUZZ saying that he doesn’t always agree with spreading an issue using the “viral” method but when people have no other ways to solve their issues and their voices go unheard, they’re actually forced to resort to the “viral method”. “In fact, the saying “no viral, no action” has become a norm in our country. I hope the authorities are more sensitive and efficient in solving their problems.”

He added that only when the authorities are more competent, Malaysians will begin to trust them more and perhaps in the future, will even use the right channels to lodge their complaints.

What do you think about the power of the “viral method”? Let us know in the comments section! 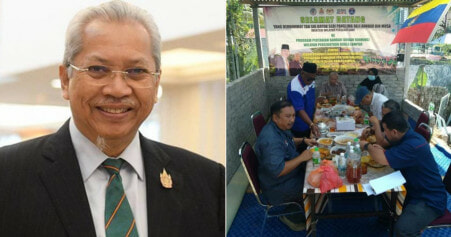