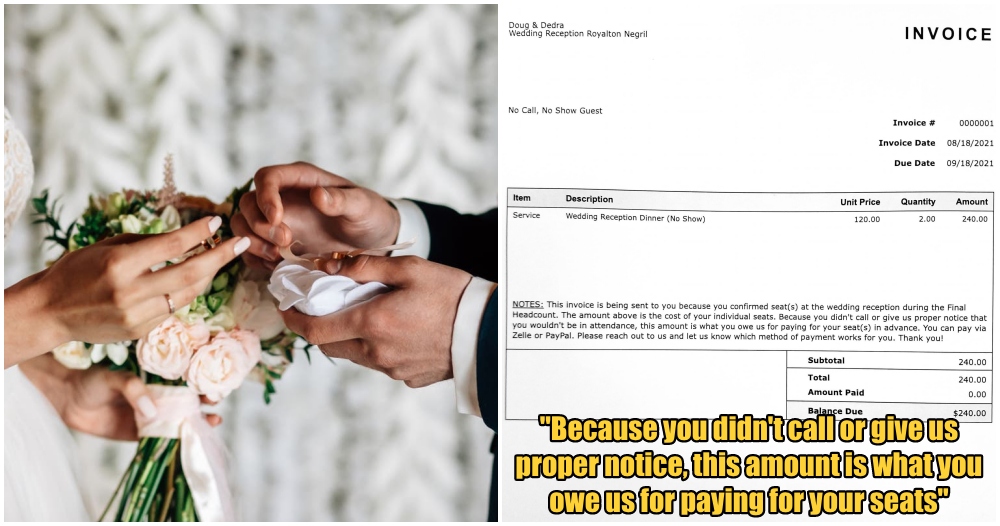 As we all know, weddings are expensive affairs.

It can be quite upsetting when some guests RSVP and then later decide not to show up – especially without informing the host. Some even pull out at the last minute!

However, this couple came up with a unique idea to help solve their troubles. They decided to issue a hefty bill to inconsiderate guests that did not show up and use the money to compensate for what had gone to waste. 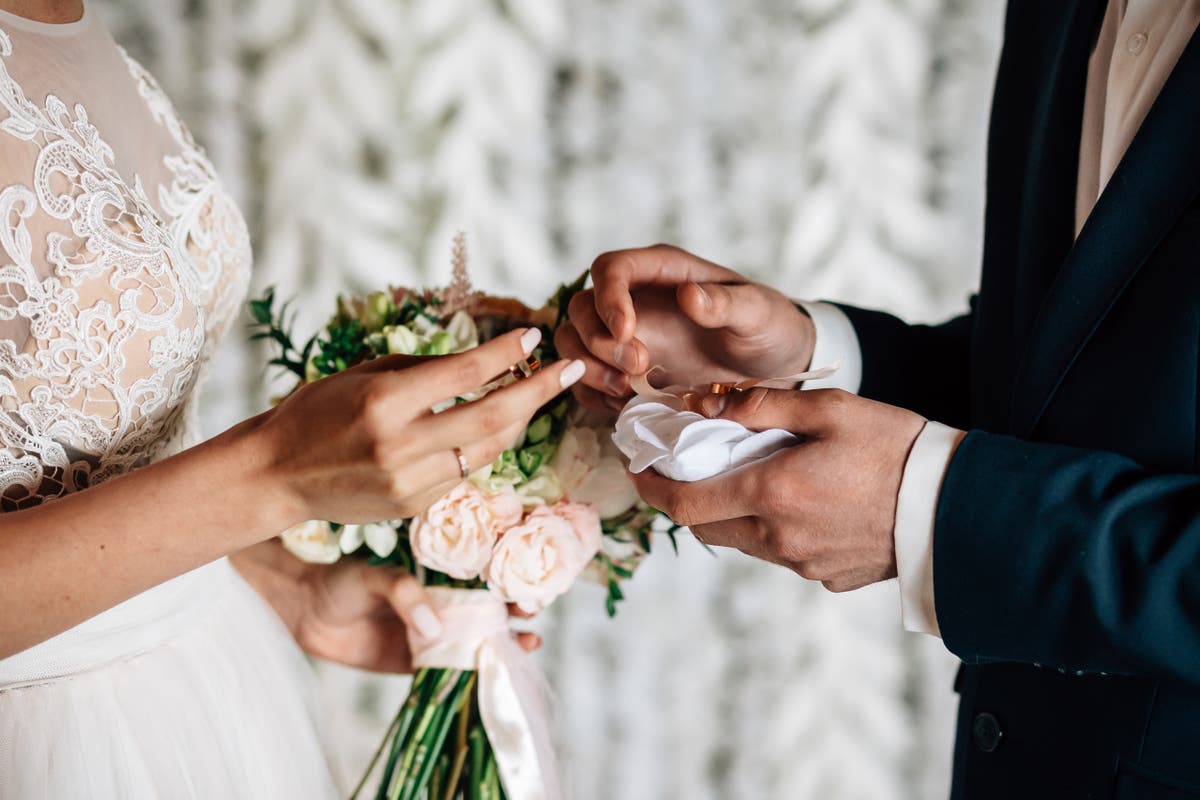 According to NBC Chicago, the newly married couple, Dedra and Doug Simmons, got hitched at the Royalton Negril Resort and Spa and had to pay for each seat beforehand. While 109 people were invited, only 101 showed up.

The eight guests who RSVP’d did not inform the couple they were not able to attend the wedding, resulting in the couple paying the resort roughly $120 per person for the unused seats.

“If those eight people said, ‘Doug, Dedra, we can’t make it,’ we would have totally understood it, would have been no problem,” Doug Simmons said.

Hence, after the wedding, they created an invoice for the cost of two seats. 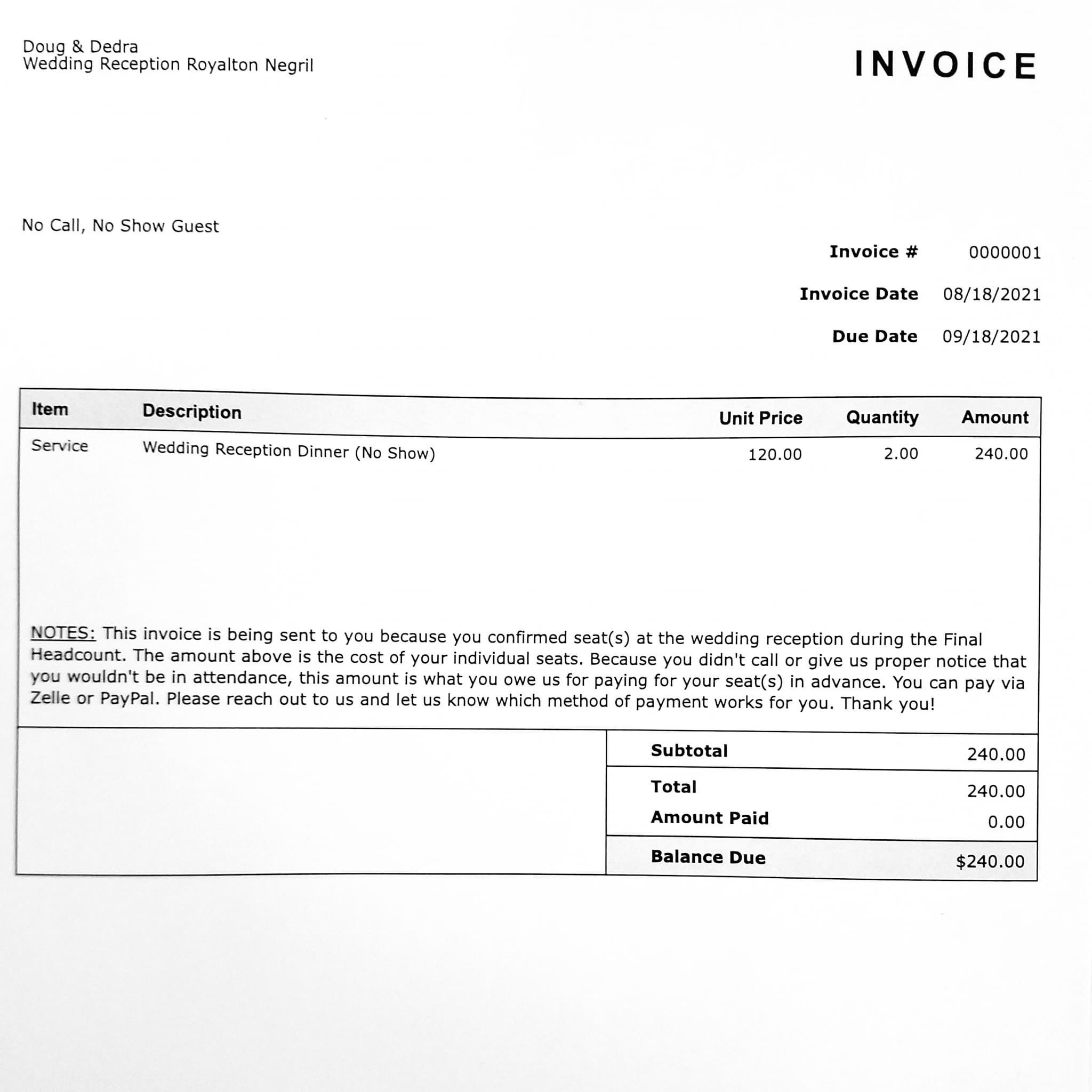 The invoice was titled “No Call, No Show Guest,” and included an explanation: “Because you didn’t call or give us proper notice that you wouldn’t be in attendance, this amount is what you owe us for paying for your seats(s) in advance.”

The couple shared the invoice on social media as well, which caused it to go viral. Some netizens thought of it as a rather petty move and claimed it was “broke behaviour”.

However, the newlyweds said that they ultimately got just what they wanted, and the invoice was really just to send a message.

“We would have given them the benefit of the doubt had they reached out to us, but the fact that you didn’t reach out … I wanted this to become a teachable moment,” Doug said.

Also Read: Couple In India Have A Maggi Stall At Their Wedding Reception, Netizens Are Loving It! 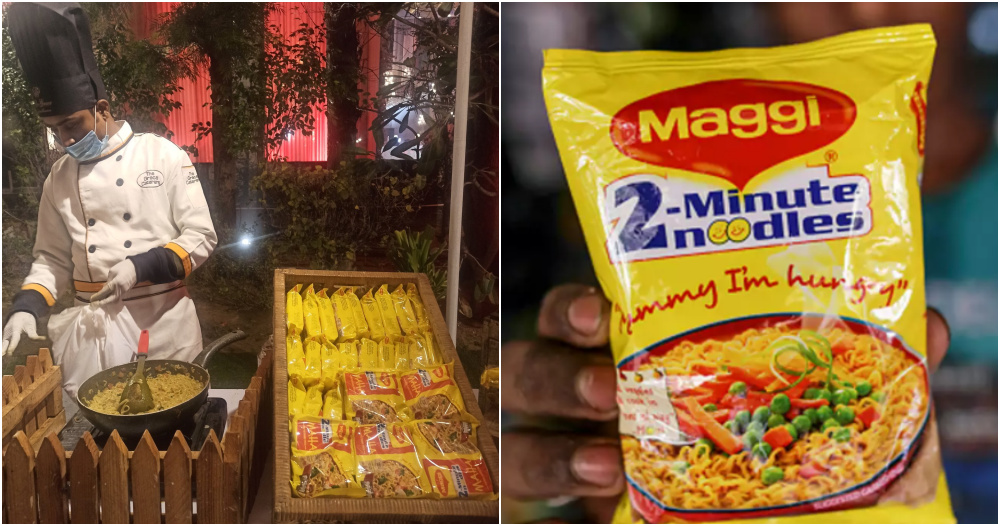