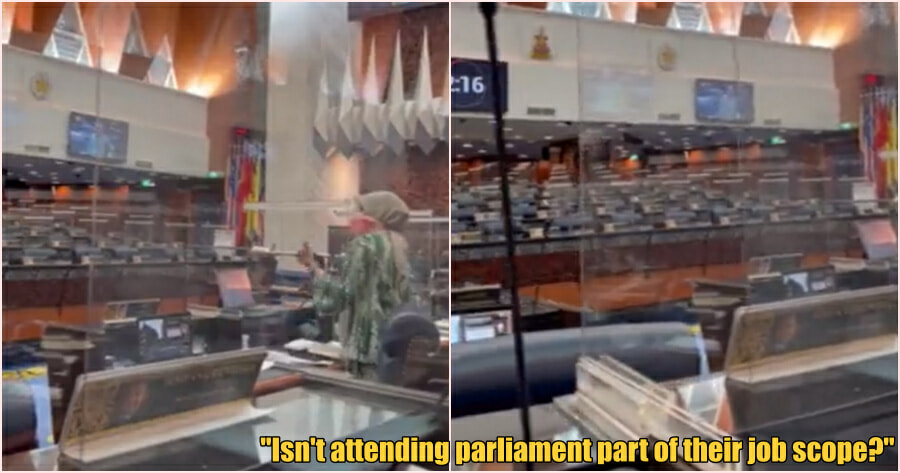 “YB, does Parliament have any job vacancies? Seems to be a lot of empty chairs here.”

Parliament is an important facet of any democratic country of the world as it represents the people and ensures that the government is kept in check.

Another important role that Parliament plays is its ability to make, debate about and change legislation and other important matters. However, the Parliamentarians of Malaysia do not appear to realise their true role and significance as exemplified by a recent video posted by former Youth and Sports Minister Syed Saddiq. 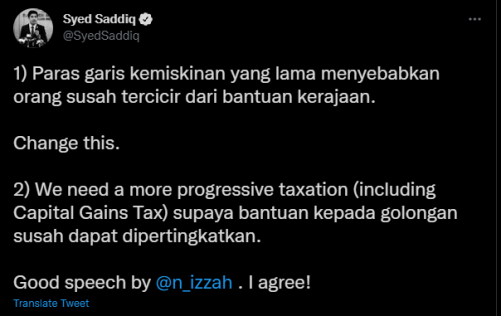 Yesterday (4 October), Syed Saddiq had posted a video on his Twitter page which featured a speech given by Permatang Pauh member of parliament Nurul Izzah Anwar in Parliament in regards to a more progressive taxation system.

But what netizens were more interested in was the fact that YB Nurul Izzah seemed to be giving a speech to virtually nobody as the video showcased the Parliament’s empty seats. 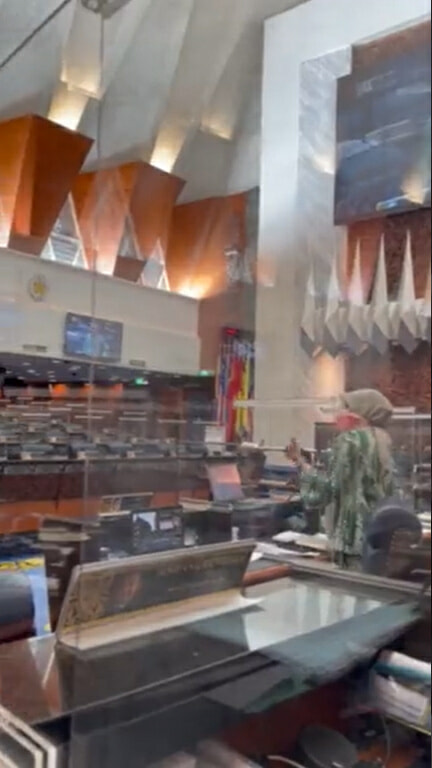 The video did not go down so well amongst Malaysians who took to the comment section of Syed Saddiq’s post to express their anger and frustration at the lack of presence of MPs whose actual jobs are to go into Parliament and be the voice of their constituencies.

One user asked, “Do these MPs have other jobs? It would make sense if they had other priorities or last-minute tasks. Isn’t attending parliament part of their job scope?”

“YB. Does Parliament have any job vacancies? There seems to be a lot of empty chairs,” joked another user.

Some users pointed out that it is unfair how university students and people who work “normal” jobs who skip classes or work are faced with consequences whilst MPs do not get any form of punishment.

One user said, “They’re not there but their salaries continue to come in. Those who are working as a public servant would automatically get fired in this case.”

“If one does not go to their classes in university, they may get barred or thrown out of the university. I think that MPs should have a similar rule. Fire them as MPs if they don’t attend parliament too often,” suggested one user.

Another said, “Parliament uses the system where you are awarded allowance for attending, maybe instead they should change the system to punish them for not attending, then we will see them attend.” 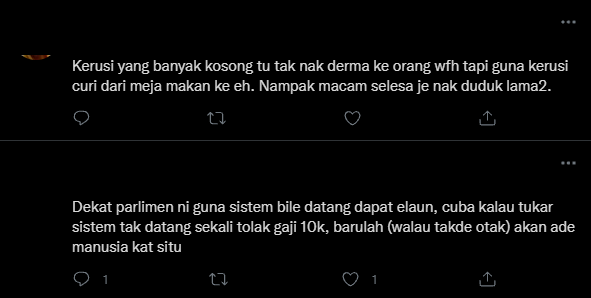 Although Syed Saddiq’s post never touched on the lack of attendance from other MPs, to netizens it seemed that our elected MPs do not care about the needs of the people. We certainly hope there’s an explanation for this.

Also read: ‘Memalukan’ Chanted Across Parliament After Jelutong MP Kicked Out For Using The Word On Deputy Speaker 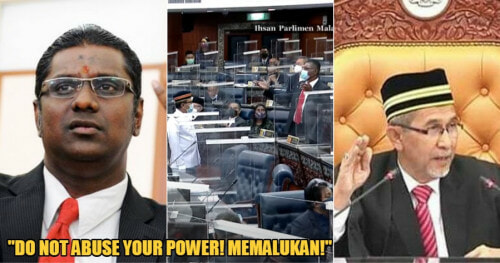