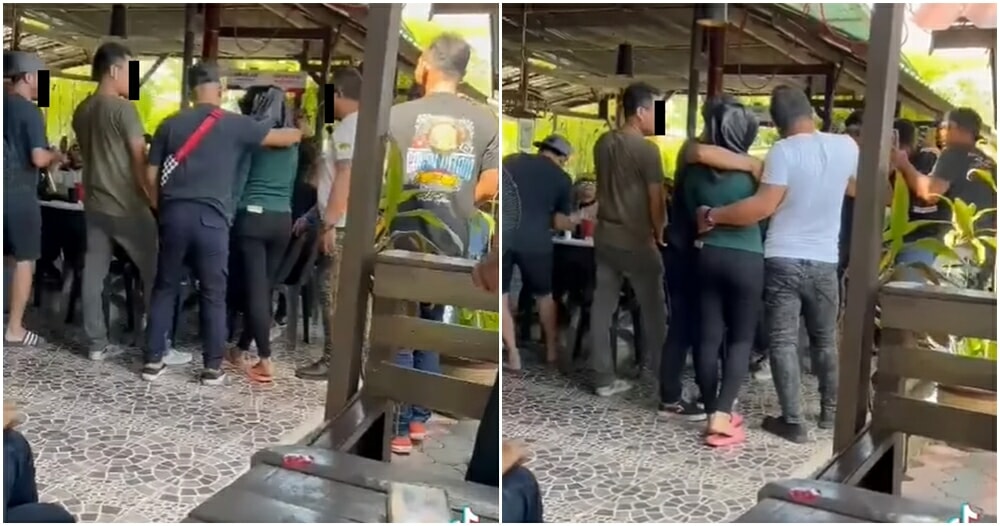 Physical touches can be intrusive when done without consent. Another name for that is called harassment.

Recently, a video in a restaurant has gone viral on social media platforms where it shows a waitress taking pictures with some men whose arms were wrapped around her shoulders and waist.

In the video, a woman in green, who is the aforementioned waitress, was seen taking group pictures with some men. After they were done, she moved to look at the pictures.

When she wanted to leave, one of the men took hold of her shoulders for another picture. Another man then proceeded to put his hand on her waist. 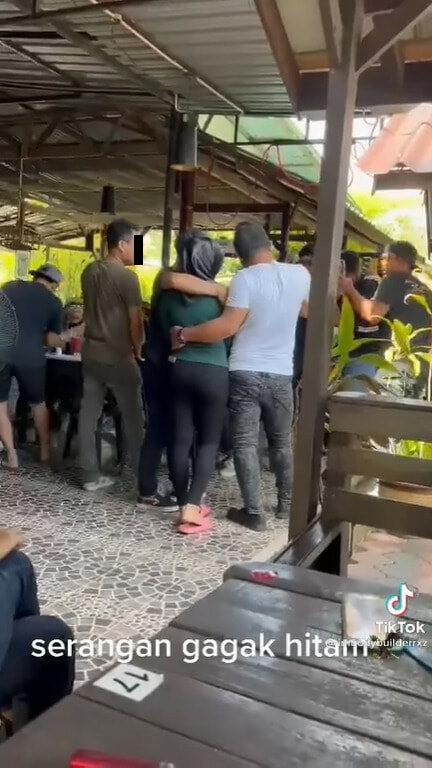 After that, she went and looked at the picture and moved away while laughing.

The video, which is less than 1-minute long, has caused many netizens to express their views.

“Males are weak. Once they see big breasts, they lose their minds.”

“Correct, pity the wives who get men like this.”

“To the wives, please ask your husbands if they are going to Kelantan – Terengganu just to ride their motorcycles.” 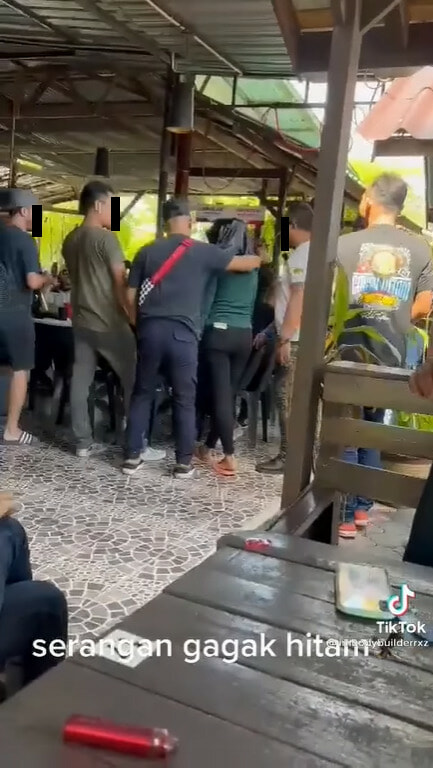 “Whatever that is haram will get swarmed like flies.”

“I hope that their wives will see this video.” 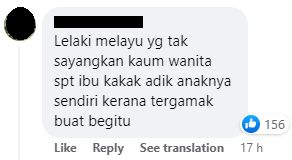 Others hope that the religious department will take action against the restaurant.

The Terengganu religious department has issued a statement stating that the restaurant is under surveillance, reported Harian Metro.

“We won’t let immoral things like this continue. There is no compromise in this as it not only damages Islam’s reputation but we also need to stop this immoral behaviour in society.”

What is your take on this situation? Let us know in the comments. 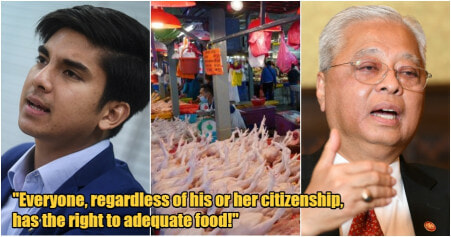