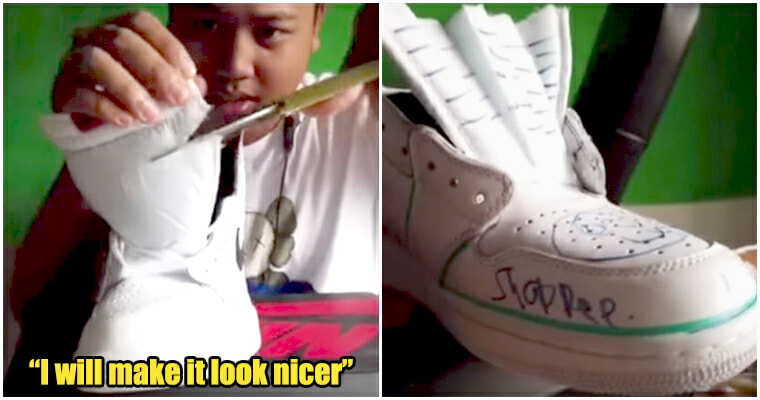 We like to think we Asian children are well-behaved since our parents are usually strict, but what’s this? Scribbling on pure white shoes with permanent markers? Snipping it to pieces despite it being a new pair? Boi.

Originally, Youtuber CTW would make videos of shoes and review sneakers on his Youtube channel called CTW In Action. His choice of content this time, however, would irk any sane, cheap Asian.

In the video, CTW said that his little brother, who is also a shoe enthusiast, bought a pair of Nike Air Jordans with his own money and waited for two whole months before the parcel arrived. However, CTW thought that it would be a funny ‘prank’ to demolish it.

Then the channel uploaded another video of CTW’s brother, who seemingly had his ‘revenge’ and ‘pranked’ CTW back.

Let’s just get this one thing sorted first. We call it a prank because the victim was supposed to be surprised by the joke right? CTW obviously devised the second video as well. So where’s the element of surprise in this?

Pointing out the siblings were obviously desperate for views, netizens are furious with their reckless and insensitive behavior.

Converse shoes cost you of average RM240 and above. For you it may be nothing because you simply afford it like a spoil brat you swine. Grow the fuck up and be a gentleman & talk. https://t.co/nTQ2ds4TrV

“China Town Converse shoes would cost around RM890. The kid would die if he’s my brother.”

“If only he was born in a poor family, then he would know how to appreciate whatever that he has. Ungrateful. There’s nothing to gain or motivate from videos like this. Lots of other poor kids dream of getting themselves a new pair of shoes even if it’s not branded.”

“Is that really your brother’s shoes? Can’t you think of a better video to make? Rubbish content. Do something a bit more beneficial. if you feel like wasting money, why don’t you give it to the poor? Give the shoes to the Palestinians. Rubbish channel.”

Netizens can get a bit salty at times, sure, but don’t you think that they actually have a point here? Content like this will only be a bad influence on kids and teenagers. 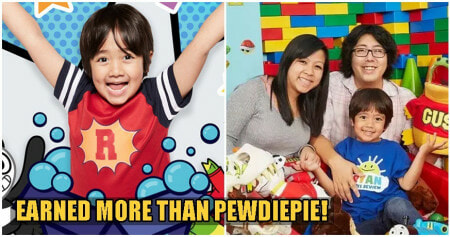