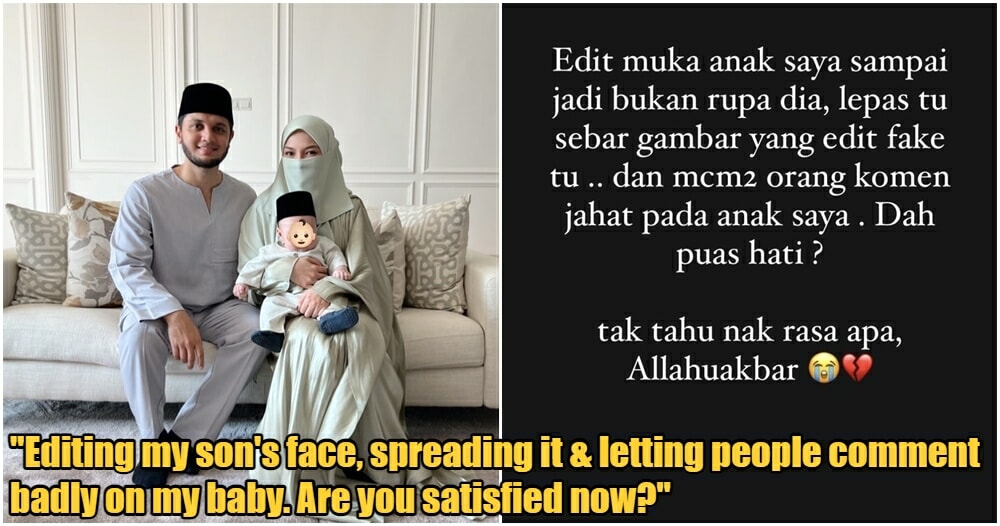 People nowadays love to take pictures and upload them on social media platforms. Some enjoy doing it while others think that it’s an invasion of privacy.

Many young parents these days are also choosing not to post pictures of their children on social media as it can get pretty dangerous. Malaysian actress Neelofa is one such parent.

She gave birth to her only son, Bilal, earlier this year and ever since then, she has always covered his face whenever she posts about him. 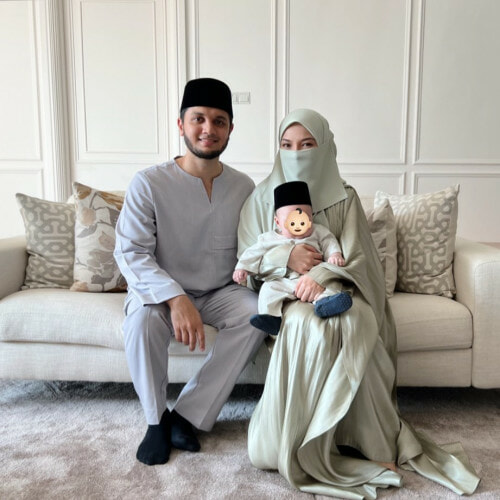 Some netizens who have met the baby in person had taken pictures of him and posted his face on social media platforms without his parents’ permission, reported Astro AWANI.

After the picture has gone viral, some unscrupulous netizens edited the little baby’s face and swapped it for Hasbulla‘s face who is an internet personality known as ‘Mini Khabib’. 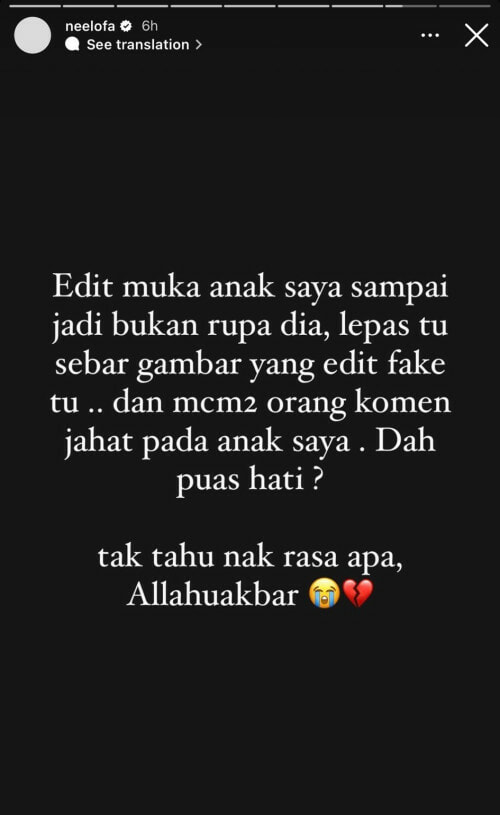 “You edit my child’s face to the point that it doesn’t look like him. Then you spread the edited picture and many people comment bad things about my child. Are you satisfied now? I don’t know what to feel now, Allahuakbar,” she wrote. 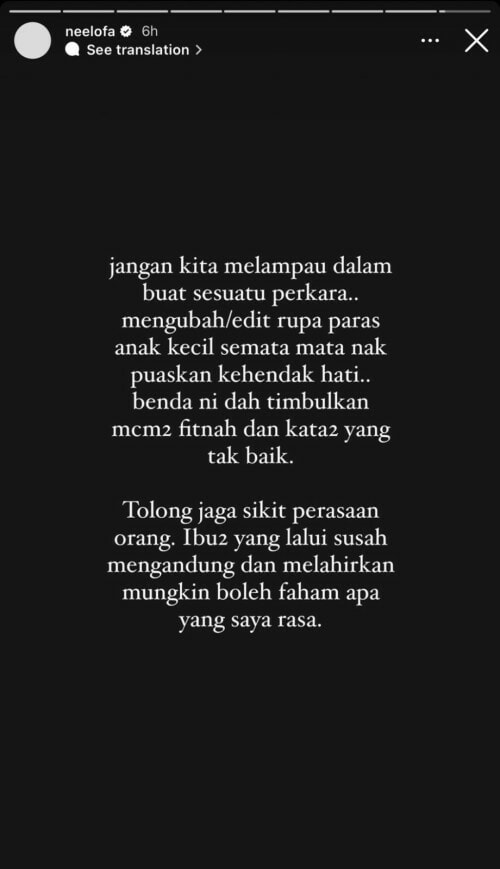 “Let’s not get too extreme in doing something. Editing my child’s face to satisfy yourself. This matter has caused many problems and not-so-good words to emerge,” she added.

“Please think of others’ feelings. Mothers who were pregnant and have given birth will know what I feel.”

Her husband, Haris also posted a cryptic message a few hours after her Instagram story where he wrote, “Whatever you want to do, do it with morals.” 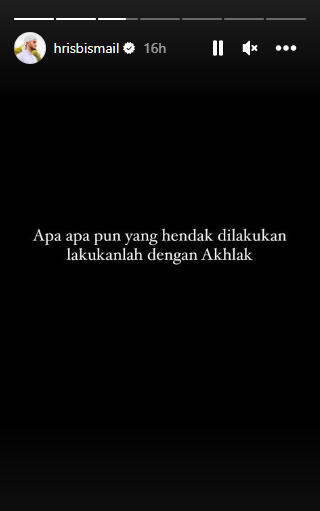 Later on, she posted a video of her Bilal without covering his face.

Previously, Neelofa had asked netizens to respect her family’s privacy in an interview with ASTRO AWANI.

“If anyone sees me with Bilal, please do not share it on social media. Respect the privacy and the choices of our family.”

What are your thoughts on this issue? Let us know in the comments.

Also read: “He only comes home at 3-4am” – Neelofa Praises & Thanks Husband For His Hard Work 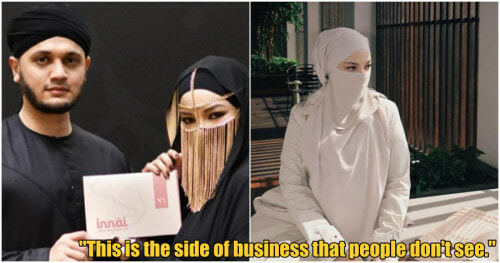