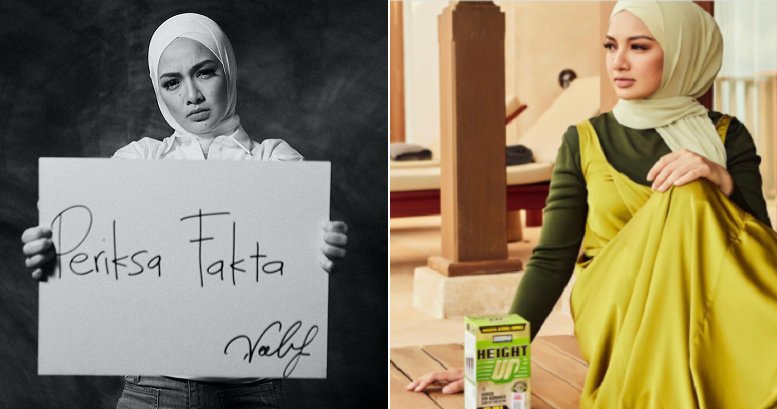 Remember when Malaysian celebrity, Neelofa, received a lot of flak for promoting an anti-ageing supplement for babies?

Yet again with another ill-advised endorsement, Neelofa recently uploaded a picture of her promoting a height-growth supplement on her Instagram, reported MStar.

In the photo that has since been taken down, Neelofa posed beside the product, Height Up, that was supposedly meant to help people grow taller. Plus, for faster results, she even suggested exercising after consuming the supplement. Hmm, but don’t we stop growing after we reach 18 to 20 years old? 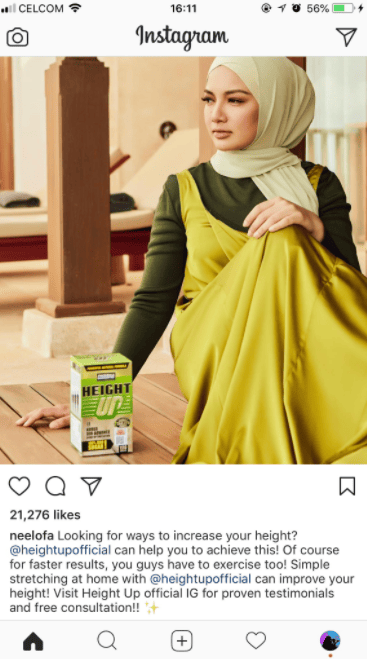 Since the post went viral, Neelofa had received massive backlash from netizens as they couldn’t understand why she would endorse such a ridiculous product. I mean, it is hard to believe that a supplement can help you grow vertically, right? 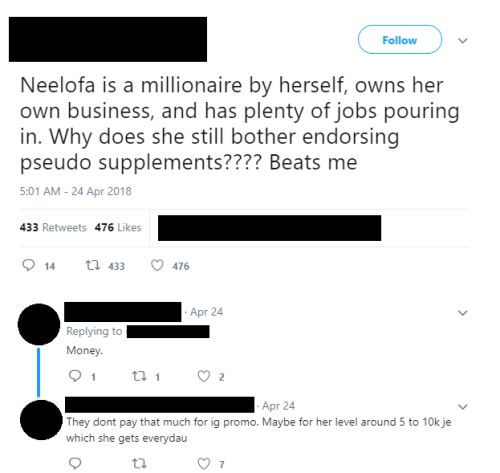 Realising the harsh criticism Neelofa received from them, her friend/colleague, Elfira Loy, ran to her rescue and defended the product Neelofa promoted.

She asked netizens on Twitter if they had tried the product because she had tried it and it actually worked for her (albeit noting that it did only for a while). She then told netizens to “stop talking nonsense”. 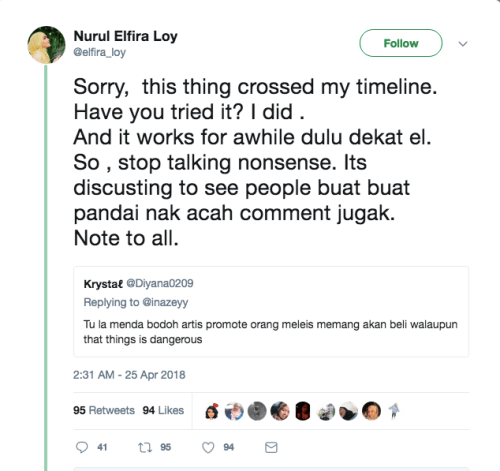 She even confessed that she isn’t exactly sure how to explain it but apparently, there is a type of calcium that doesn’t grow in our body, hence the supplement helps expand it.

Elfira added that the supplement wouldn’t work for those whose body’s calcium had grown to its optimum level. Isn’t calcium a mineral that keeps our bones healthy, though? 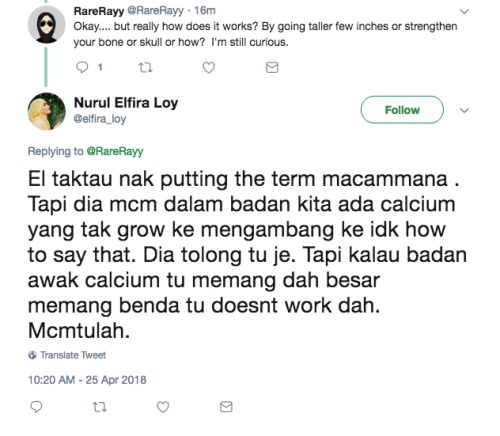 Much later, this issue caught the eyes of several celebrity doctors who shared their professional opinion on the matter.

Despite Elfira’s convincing feedback, all of the doctors claimed that there’s no such thing as a growth supplement. This is because men stop growing after the age of 21 and women after 18 years old. Sadly, there’s no more hope after that age range because science says so! 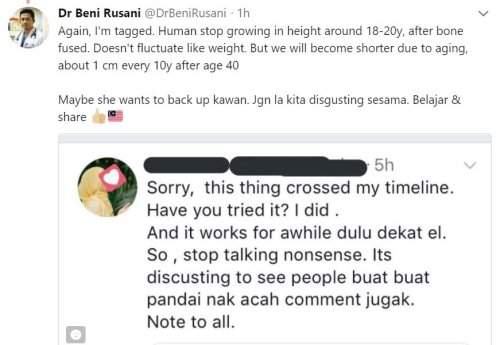 Besides that, Dr Amalina also took the opportunity to advise Neelofa to be a little careful and responsible with what she promotes online as she’s very influential and could possibly send wrong messages to her fans. 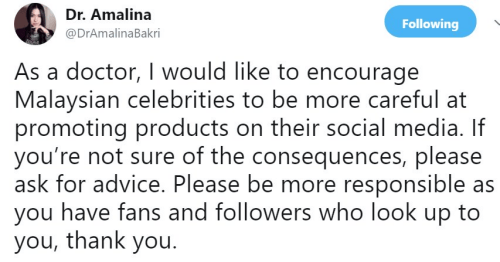 As of now, neither Neelofa nor Height Up has released a statement on the matter.

We may be wrong, but it seems like she may have been ill-advised again, just like her previous hiccup with the anti-ageing supplement for babies. Let’s hope that she is extra careful with the next product she endorses since this is the second time she has gone viral for promoting a product! 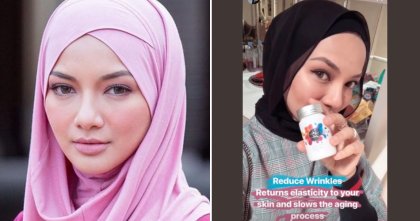