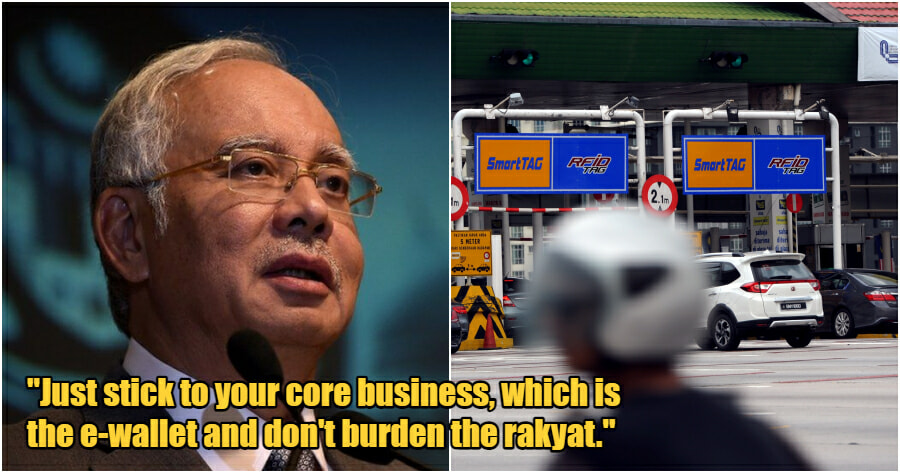 The usage of RFID toll booths, which was implemented on 15 January has received mixed reviews from the users as some of them were stuck in massive congestion when the RFID was dysfunctional.

PLUS has since responded to the issue and provide solutions. Aside from the public voice, former Prime Minister, Dato Seri Najib Razak also has something to say about the new implementation. 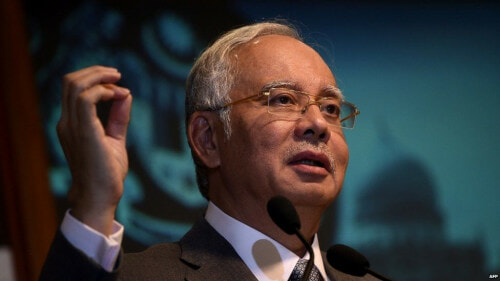 On his Facebook post yesterday, he questioned the price that was sold per RFID sticker, which amounted to RM35.

“Why are you selling RFID sticker at RM35 per piece when the cost is less than RM1? If you’re not giving it away for free, lower the price to RM5,” he said in his post. 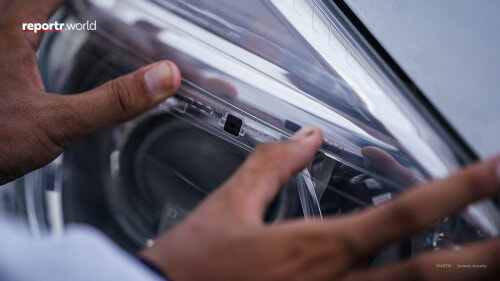 He also revealed that the Touch N’ Go company is already worth RM3 billion while CIMB Bank has gained RM1.6 billion from the deconsolidation of TnG Digital. Additionally, he thinks that the company should have just focused on its core business – the e-wallet and not gain excessive profits through the sales of the RFID stickers.

“Don’t just care about the benefits of the banks without taking into account the rakyat’s burdens.” 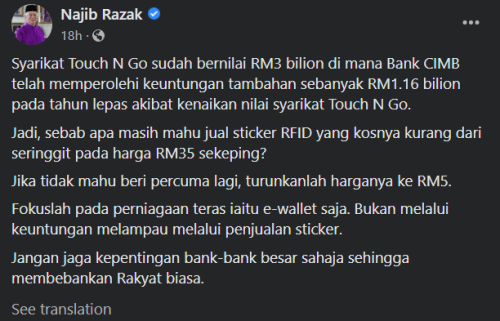 In another Facebook post of his, he asked if PLUS will give a rebate to Smart Tag users when the system is no longer in operation in toll plazas.

“As far as I remember, RFID stickers should have been given for free as the cost is low and it was always free from 2018 till Feb 2020. After that, it has been sold at RM35 per piece,” he explained. 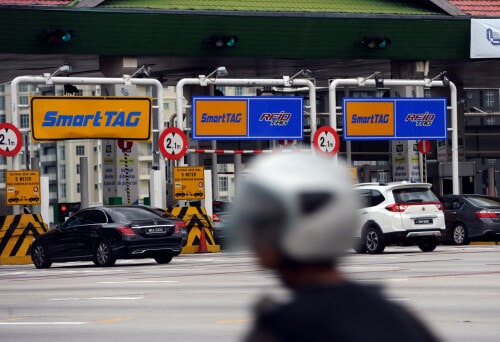 Most of the netizens are actually glad that the matter is brought up by our former Prime Minister and most of them express their thoughts on the new implementation. 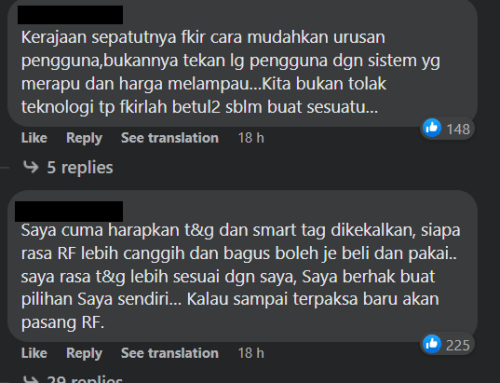 “The government should have thought of a way to ease the users, not to burden them with lousy system and high price. We’re not rejecting technologies but please think before you execute something.”

“I hope TnG & Smart Tag will be maintained. If you think RFID is better, go ahead and use it. I think TnG suits me better and I have the right to make my own choices.”

“I don’t think we need this RFID. Too fragile. Just make all kinds of payments available, including debit payments. What’s the point to use RFID when all you do is retreat and move forward again? It’s time-wasting.”

Will you be using RFID stickers anytime soon, or will you just stick to the current TnG & Smart Tag system? 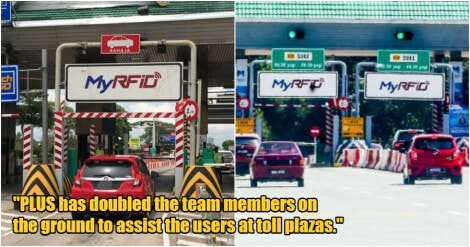