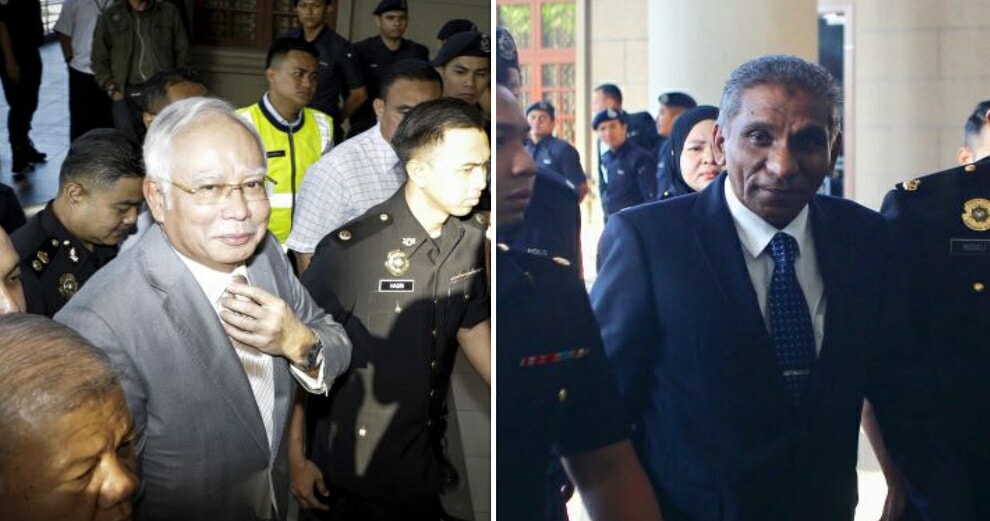 In the latest development surrounding the 1Malaysia Development Berhad (1MDB) financial scandal, former prime minister Datuk Seri Najib Tun Razak along with former Treasury secretary-general Tan Sri Dr Mohd Irwan Serigar Abdullah both arrived at the Jalan Duta Courts Complex at 8.15am this morning (25th October), where they expected to be slapped with more charges related to the scandal.

The two were jointly charged with six counts of Criminal Breach of Trust (CBT) for the misappropriation of RM6.64 billion in government funds, allegedly committed in just one year from 21st December 2016 to 18th December 2017. 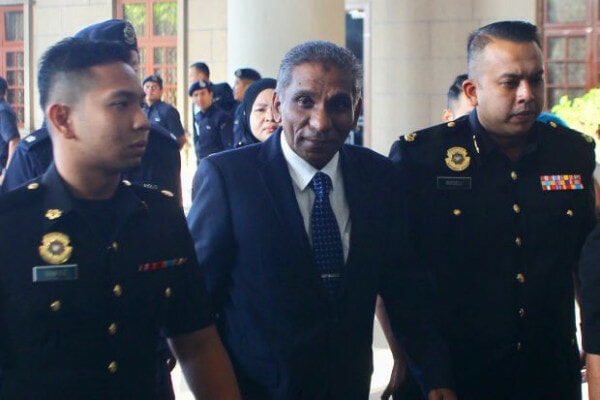 Among the money involved in the alleged misappropriation was reportedly planned for the management expenditure of Kuala Lumpur International Airport (KLIA), amounting to RM220 million. Another portion of the money that was allegedly misappropriated was also slated for subsidy and cash assistance for the 1Malaysia People’s Aid (BR1M) that was allocated under Budget 2017, according to The Edge Markets.

The six charges accused both Najib and Irwan of committing CBT involving the following amounts in separate transactions;

One of the charges makes reference to KL International Airport Berhad. pic.twitter.com/OWpqgLMOIg

Najib and Irwan were both charged under section 34 and 409 of the Penal Code and if found guilty, they could face a maximum jail sentence of 20 years with caning along with a fine. However, both will likely be exempted from caning if convicted of these charges as they are both over 50 years of age.

In response to the charges, the former prime minister’s lawyer, Shafee Abdullah, told the judge that the charges were “atrocious in its absurdity” and that he was looking forward to defending his client. Meanwhile, Irwan is reportedly being represented by former first lady Datin Seri Rosmah Mansor’s lawyers, Datuk K. Kumaraendran and Datuk Geethan Ram Vincent.

Irwan Serirgar was arrested by the Malaysian Anti-Corruption Commission (MACC) yesterday (24th October) prior to being charged in court today. During his time as Treasury secretary-general, he had reportedly earned nearly RM7 million.

Irwan is now arrested by MACC

With the addition of these 6 new charges, Najib Tun Razak now has nearly 40 charges against him in connection with the 1MDB scandal.

The prosecution has set bail at RM3 million for Najib and Irwan respectively. The court, however, agreed to set their bail at RM1 million each with three conditions, including surrendering their passports.

Judge sets bail at RM1mil for Najib and Irwan with 3 conditions:
• two sureties
• passports must be surrendered
• forbidden from communicating with witnesseshttps://t.co/qG9YdHyAB5 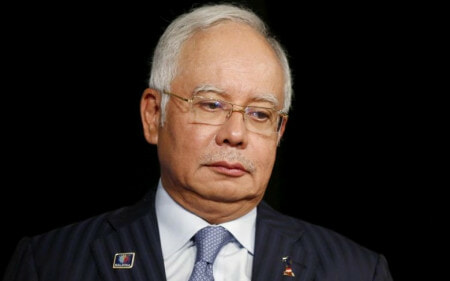