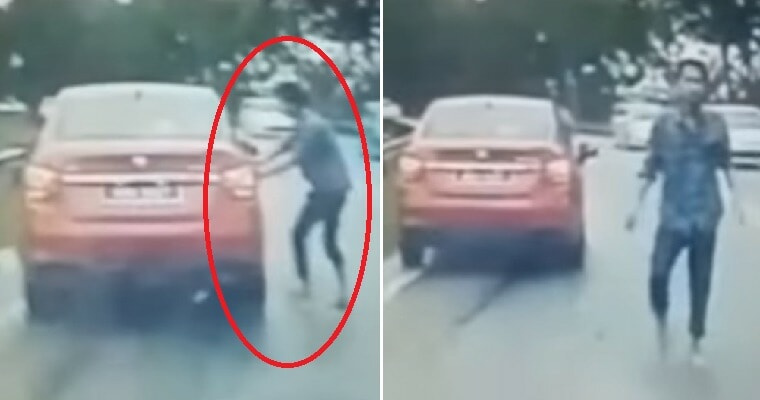 It’s important to make sure that you always, always lock the car doors once you get in the car because safety should always be your priority. A 42-year-old mother, Zalliza Othman told Harian Metro that she encountered a seriously dangerous situation when a strange man tried to open her car door yesterday evening (December 1st). 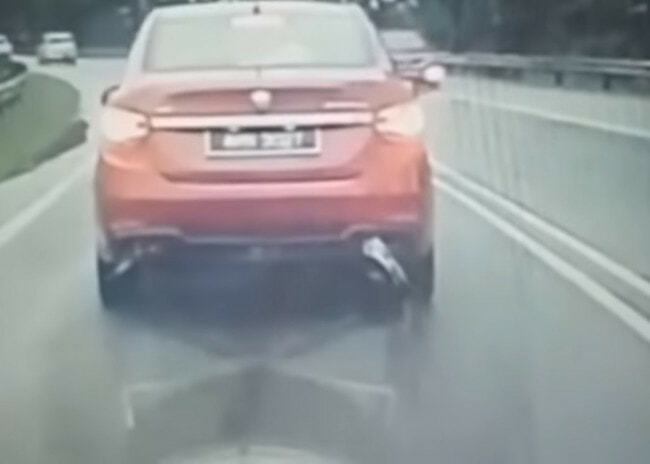 Zalliza said that she was driving through the industrial area at Kampung Acheh, Sitiawan around 6pm and heading towards Kampung Baru. Suddenly, she saw four cars stopping in front of her and she thought that there was an accident that happened.

Moments later, she saw a foreigner who is believed to be drunk running around in the rain. He had approached the Toyota Hilux that was two cars away from her and tried to climb the vehicle but failed. “He then knocked on the window of the car in front of me and when that failed, he approached my car and knocked on my bonnet. He tried to open my car’s back door but luckily, I had just locked the car doors as I realised that I had forgotten to lock it before this,” she said.

It was lucky that Zalliza managed to lock the door in time as the door the drunk man had tried to open was where her two-year-old son was sitting in his car seat. We can’t imagine what would have happened if her door was not locked! When he failed to open her door, he went to the motorcycle behind and tried to get on the bike but the motorcyclist pushed him off.

“Although I was so scared and nervous that my legs were trembling, I still remembered to check on the door locks and quickly locked them,” she added. The whole terrifying incident lasted for about seven minutes and it is believed that the foreigner had been drinking with his friends before that. Residents in the area said that it is believed that they got into a fight during drinking and his friend had chased after the drunk guy to beat him up. 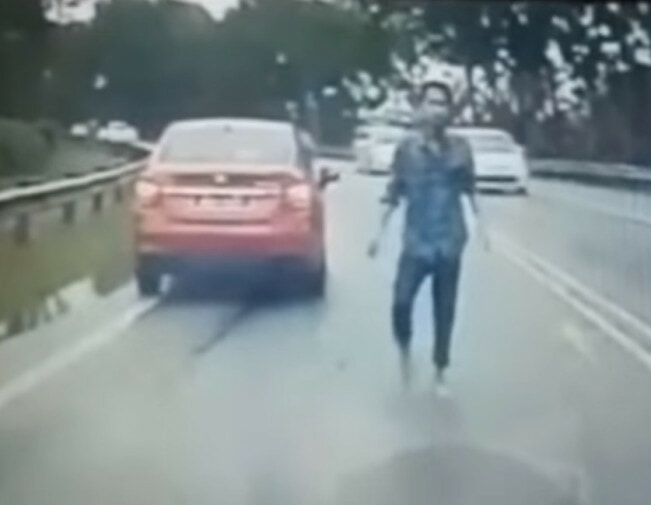 “The guy looked like he was in fear and wanted to cry, he was running away from something but I could not help him as I had a small child in my car. This incident has scared me so much that I had a fever because of this,” Zalliza explained. She has not made a police report yet, but she added that the area is rather unsafe as there were many foreigners there who would drink and fight, and generally be a public nuisance. She said that she hoped the police will patrol the area frequently so that the peace and quiet of the area are maintained.

Luckily, both the mother and baby are fine! Be alert and check your car locks once you’re safely in the car! 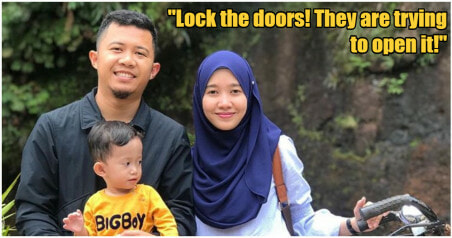