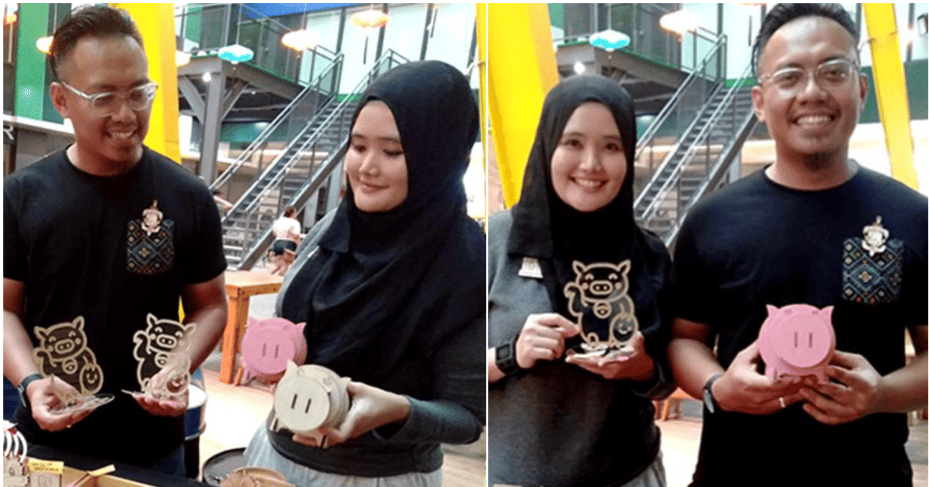 We have to admit that as Malaysians, we do love our festive celebrations. Whether it is Hari Raya, Deepavali, Christmas, Chinese New Year or any other celebrations, we tend to enjoy the festivities, celebrating together in harmony without stressing over our race and religion. 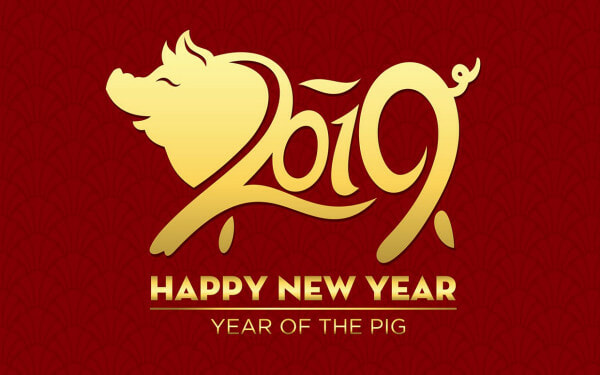 In a few days, Malaysians will be celebrating the Chinese New Year and it is the Year of the Pig, an animal that might irk some people. However, as a multicultural country, we should all respect the cultural history and the symbol that the animal represents. 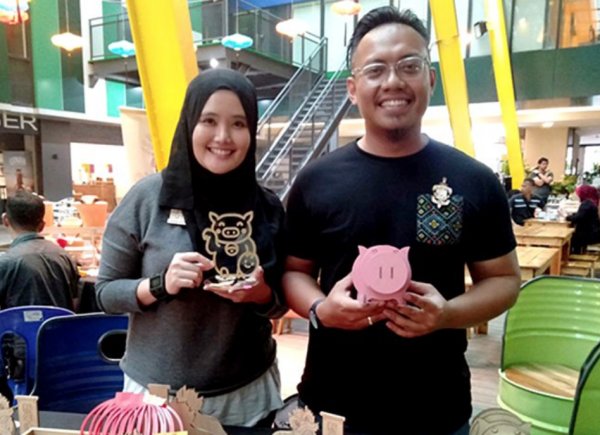 Adam Baderun and Yuslina Badrum are two traders who have set up their stall at the popular Riverson Walk bazaar in Kota Kinabalu and they are selling items for the upcoming Chinese New Year.

From key chains to bookmarks, the couple has a wide array of merchandise but the most interesting of all is the pig figurines on display.

Although the pig is somewhat of a taboo animal for the Malay-Muslim community in Malaysia, the couple has no problems in selling the items and the feedback from their customers are also encouraging as well.

“There have been no awkward reactions so far, only positive comments and inquiries from our customers. For me, there is no issue. Pigs and dogs are God’s creation as well. As long as you keep to your own religion, like not consuming swine meat, you’re okay.”

Adam explained that they did not face any issue from the locals when selling the figurines at the bazaar. He added,

“In Sabah, we live in a multiracial and multi-religious setting and we tolerate each other. We learn to appreciate our respective beliefs.”

He also mentioned that his parents were supportive of his ventures and they know how tolerant the people in Sabah is. 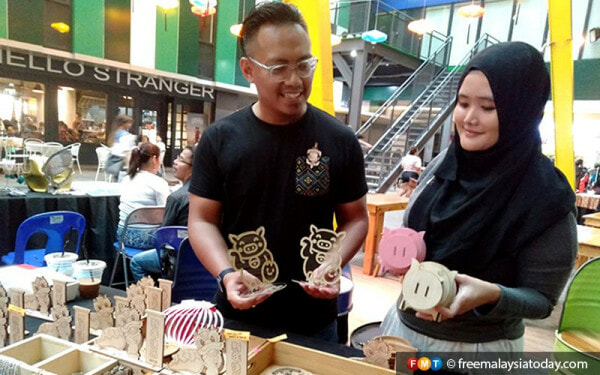 The couple also said that the pig figurines are very popular among the customers. Previously, they have also sold Christmas and Easter themed items with some having Bible verses on them. Adam continued on saying,

“We’ve had orders from the people for these items as well. Again we know our own faith as this does not trouble our beliefs. It is just art. If only people took the time and effort to understand each other.”

What we can learn from the couple and the people of Sabah is that as long as you respect each others’ beliefs and have faith in your own, you should not be worried about anything. At the end of the day, this will lead to a more harmonious community.