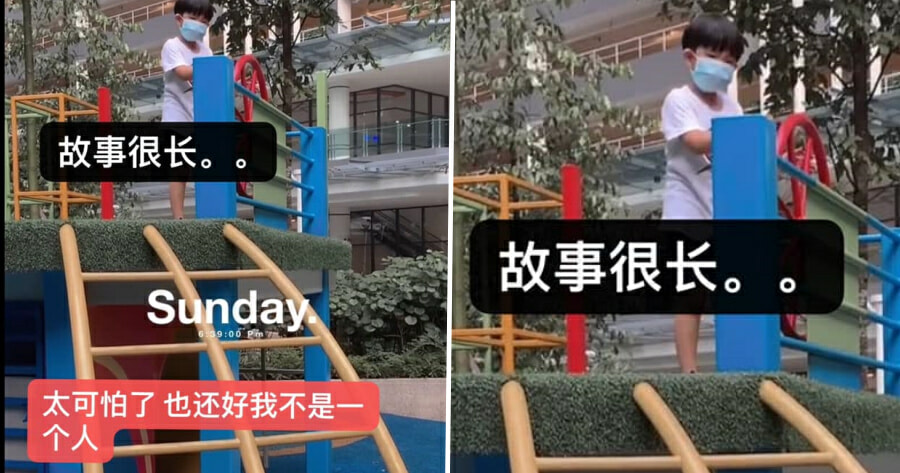 Recently, on 7 March, a Facebook user named Hazel Nee took to her Facebook to warn netizens about a strange and suspicious man who she met at an outdoor playground of a Kepong mall.

“A very scary thing happened today. This is my first time encountering such an incident.”

Hazel and her husband took their children to the outdoor playground of the mall to have some fun. Their son was playing with the playground facilities in front of her while she sat on a chair to wait for him and the husband went downstairs to buy something.

There was a man standing in front of him, and he looked a little abnormal as his eyes were crooked and his hands were trembling non-stop. However, she did not pay any attention to his appearance as she was taught to not judge a person by their outer looks. 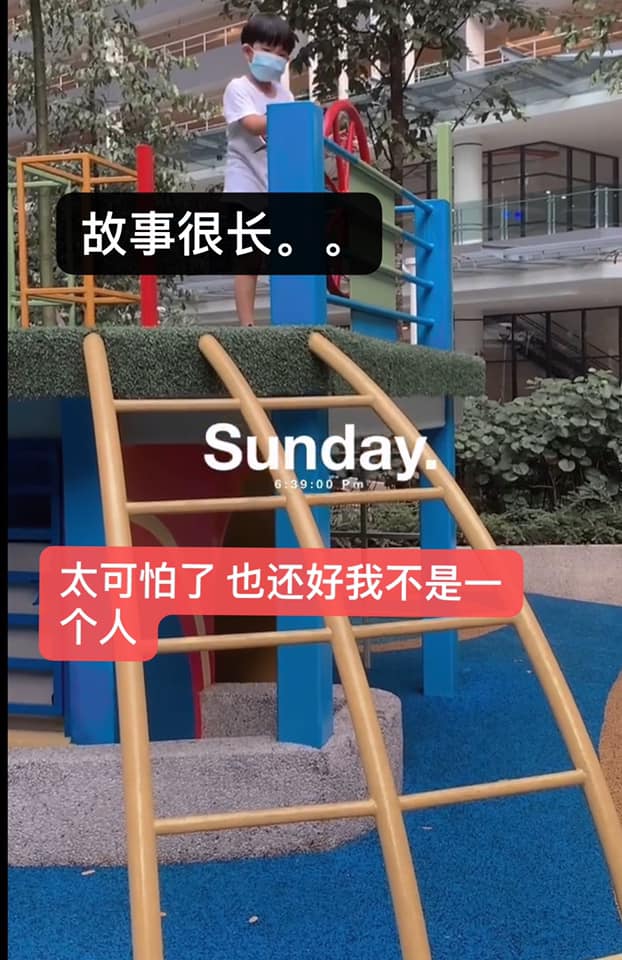 “My son ignored me when I kept calling him to come over and drink water, and I immediately went over and called Da Bao (my elder son). At that moment, I also saw that man had the intention to call him for me, but I still reacted [my son] faster than him.”

“In just a few seconds, I left little brother (my younger son) alone, as I thought that Da Bao is just playing in front of me, not too far away. I couldn’t care less as I thought that this dad (the man) might be just kind enough to help me ask my son to drink water.”

After that, Hazel’s elder son, Da Bao went to play on the swing nearby, and he kept asking her to accompany him. She asked her husband to watch over her younger son when he came back, while Hazel went to accompany Da Bao. When she was pushing Dabao, the man was also there watching them play.

“I thought that he might be a father of the child playing the swing, as he was also watching those kids playing. Da Bao kept asking me to push harder so he can fly higher, and this man suddenly took the initiative to push my son,” she wrote.

Hazel just stood by and watched at the side. She also went to sit down on the front chair to watch him playing. The man started to push Da Bao’s swing higher and higher until it was imbalanced. She saw Da Bao almost flying out from the swing, and her husband asked her to walk over and monitor him. Hazel started to feel suspicious as when she walked closer, the man immediately stepped aside.

“I told my son to stop playing and we went to look for my husband. Four of us were sitting on the chair to rest and eat our meal. The man was just standing right in front of us, watching us!”

“I quickly asked my husband to leave and told our son loudly that we are going downstairs to buy our stuff. Of course, my silly son did not get our signal and insisted that he still wanted to play. I immediately took him to the escalator to go downstairs.”

The scariest part is that the man actually followed them all the way. Fortunately, the man just stood there watching them go down the escalator after that. Hazel kept checking to see if the man was following them from behind but luckily, he was no longer following them. She also told her sons what was happening and educated them that it is very important to be wary of strangers.

As scary as that was, it isn’t the end of the story.

When they went down to the supermarket to buy groceries and prepared to go upstairs through the escalator in order to leave the place. Hazel just casually looked back at the exit of the supermarket as there were one side entrance and one side exit.

“I saw the man again! He was standing at the exit, wandering around, and kept looking into the supermarket!”

“Are you even waiting for us? I told my husband. Fortunately, we paid the money earlier so that we didn’t meet him again.”

Hazel and her family hurriedly got into the car and went home. After this incident, she said she learned her lesson and will be more cautious next time.

“I should’ve just asked him to stay away from us, and tell him that I can do it myself. I will not repeat my mistakes again, it was a terrible experience. I can’t even imagine [what would have happened] if he just pushed my younger son away when I asked Da Bao (my elder son) to come over and drink water. It was indeed a lesson.”

Hazel also updated her Facebook post to inform netizens that the management of the mall has contacted her to handle this case immediately. They have obtained the suspicious man’s images from the CCTV and handed them over to security for further observation.

Please do not leave your children alone with strangers! Let us know what are your thoughts in the comment section! 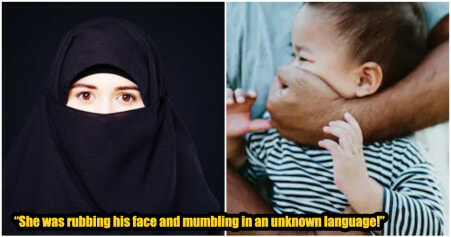