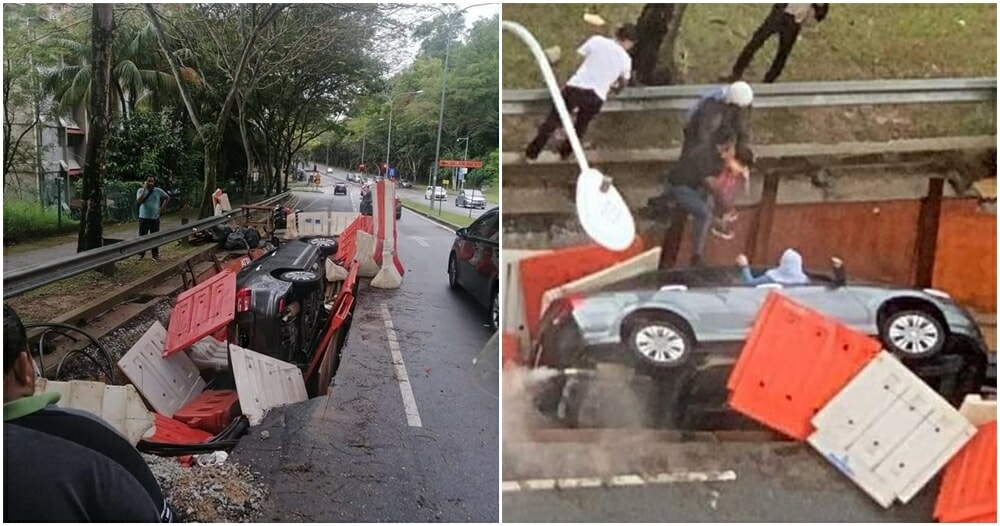 A single mistake on the road can cause unwanted accidents.

On the morning of 28 September, at about 7.30am, a 32-year-old woman was driving on Jalan AU3 Setiawangsa with her 4-year-old son. They were heading in the direction of Ampang, Kuala Lumpur.

However, the driver who was on the left lane hit some barricades and the whole vehicle fell into a large hole that was used for the maintenance of underground cables. 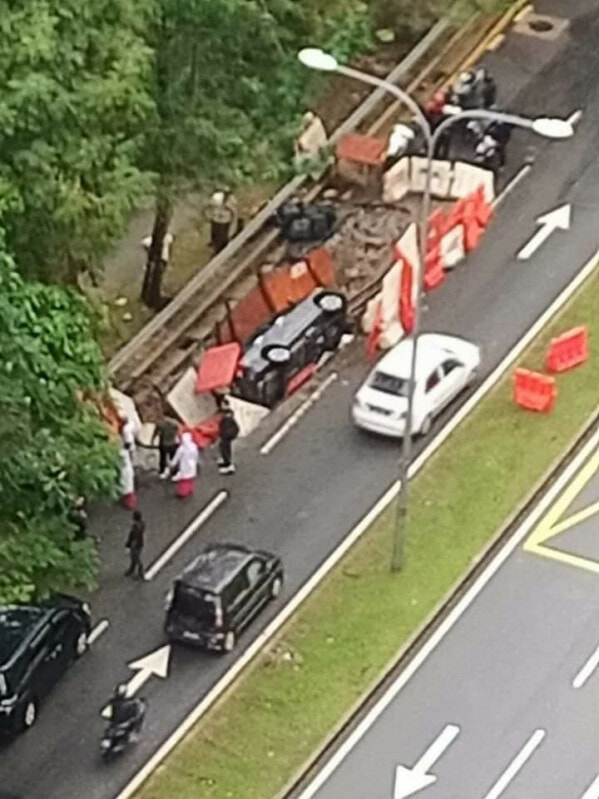 Photos and videos of the incident went viral on different social media platforms. In a video that seems to be taken from a high building, we see members of the public running toward the site of the accident to help pull the child and woman out of the car. 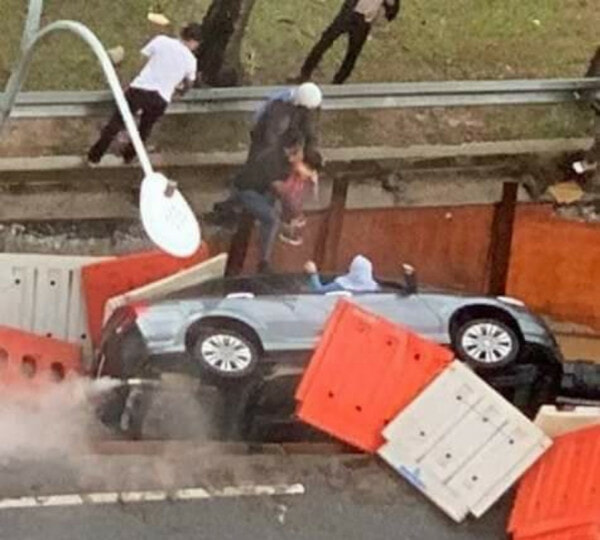 Thankfully, the mother and son were not hurt in the accident and the car was towed out of the hole.

According to a statement uploaded on Facebook by the KL Police, this incident is being investigated under Rule 10 LN 166/59 for falling asleep while driving or failing to control a vehicle well. 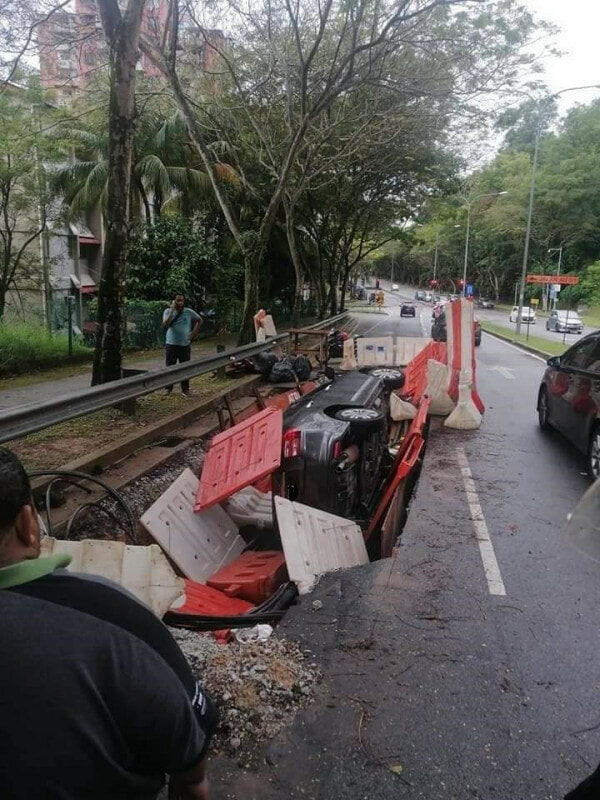 Well, it is very fortunate that the duo is unharmed. We hope that this incident would not traumatise them too much.

Also read: WATCH: This Insurance Scammer Puts On The Performance Of His Life & It’s Absolutely Hilarious 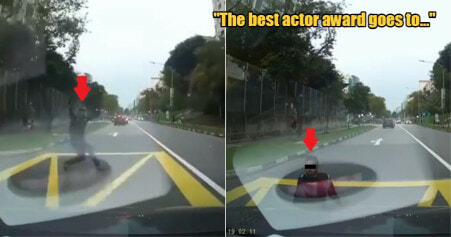