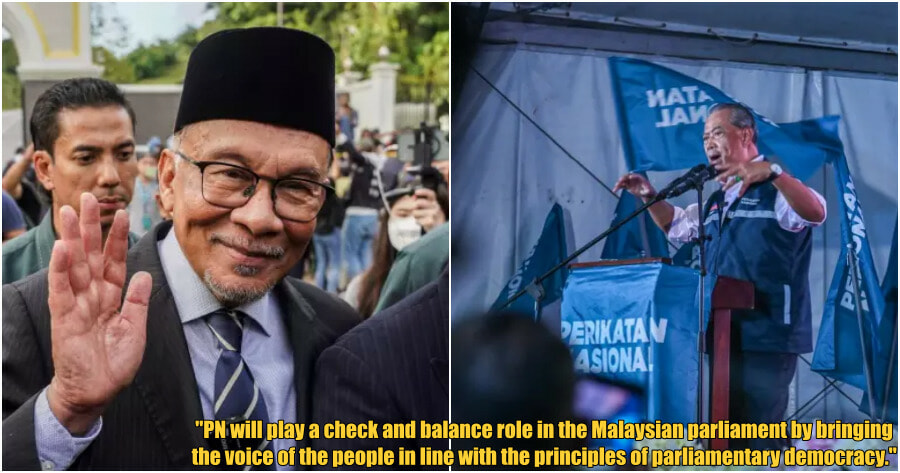 Minutes before the swearing in ceremony of Pakatan Harapan’s Datuk Seri Anwar Ibrahim as the 10th Prime Minister, his opposition, Perikatan Nasional PM candidate Tan Sri Muhyiddin Yassin had insisted he still commands the majority support of the newly elected members of parliament.

However, it appears that Muhyiddin has turned over a new leaf as he recently joined in the list of political leaders to congratulate Anwar for his appointment as PM. 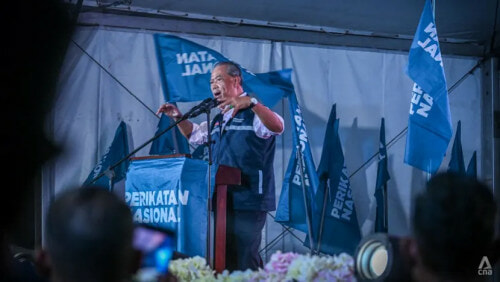 In a statement released by himself on social media, Muhyiddin congratulated Anwar on his appointment as the prime minister and admitted to his coalition’s defeat.

“Moving forward, PN will continue its struggle for the people’s welfare and the nation’s prosperity based on our core principles – caring, clean and stable.”

The PN chairman said that his coalition will function as check and balance on Anwar’s administration, hinting that PN will remain in the opposition instead of joining the unity government. 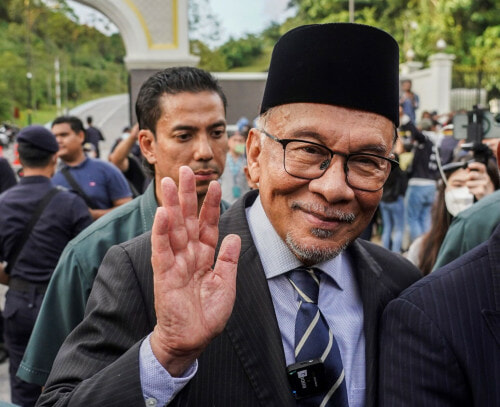 “Perikatan Nasional will play a check and balance role in the Malaysian Parliament by bringing the voice of the people in line with the principles of parliamentary democracy,” he added.

Earlier today, PAS thanked the prime minister for his invitation for PN to be part of his unity government and said the matter will be discussed among the PN component parties.

We will wait to see what further developments will come about. 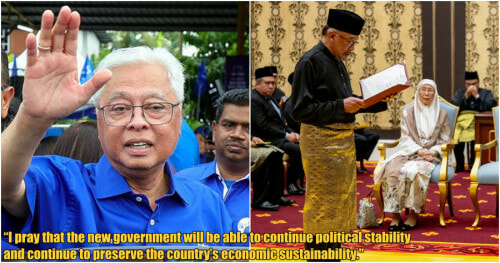