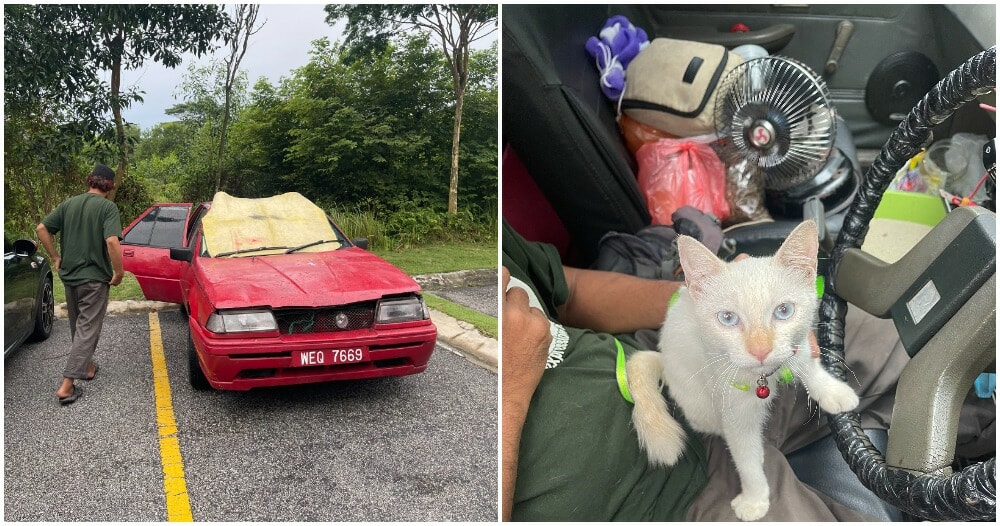 Nothing but respect for this uncle who takes care of his cats despite his condition.

Despite being in lockdown with their incomes affected, you can’t take away the helping nature of kind Malaysians. Whether it’s helping each other in a time of crisis or caring for defenceless animals even though you can’t feed yourself, Uncle Shahrul’s story shows how you don’t need to have much to be kind.

Twitter user Mohamad Faris (@mohamadfarisss) posted a thread on 20 June where he saw an uncle holding a green board asking for help at an area in Denai Alam around 11am. He didn’t notice the uncle at first but a small, white cat in a carrier beside the uncle caught his eye. On the board, it was written that the uncle was requesting money for food, petrol and other necessities.

“I made a U-turn and called the man. I asked, is that cat yours? He said yes, he adopted a cat from an R&R and has two more cats.”

Faris then gave the uncle some money to buy food for the cats and himself. 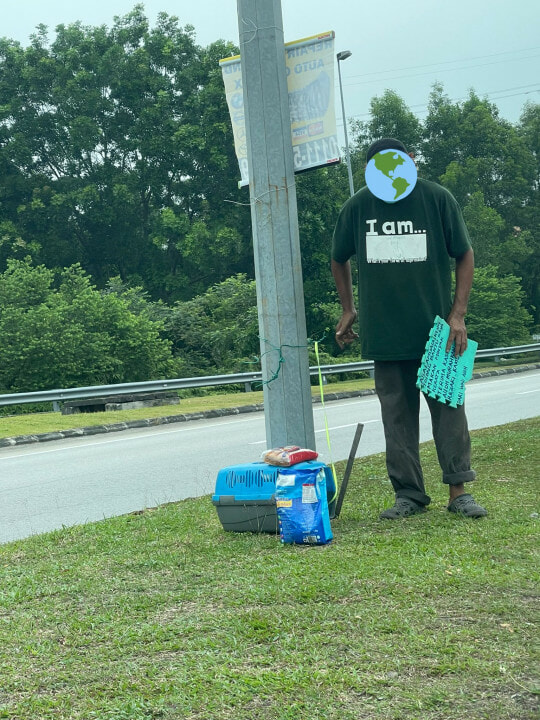 Speaking to WORLD OF BUZZ, Faris said he then decided to tell his girlfriend about the whole situation but he still felt sad that he couldn’t do more to help. He then proceeded to a store nearby and bought 1kg of cat food and some bread for the uncle. He went back to the traffic light where he last saw the man and gave the food and the bread to the uncle who was still there.

While Faris was there, he even managed to record an adorable video of the adorable white catto in the carrier eating its food.

Look at this white cutie eating. This was my Sunday morning, how’s yours? pic.twitter.com/sT6lpT2BKW

“When I went back home and it just hit me that I need to be more grateful for what I have and stop comparing.”

Faris added that he initially tweeted about the incident as it moved him. However, his two friends DM-ed him saying that they would like to donate some money for the uncle. As luck would have it, more and more people started messaging Faris asking for the uncle’s account number as they wanted to help him.

Faris then went back to Denai Alam and was talking to the uncle where he found out that the 53-year-old uncle actually wants to find a job. The uncle, Shahrulrizam Abdul Aziz, is capable of doing any job except for heavy lifting as he has some back problems. 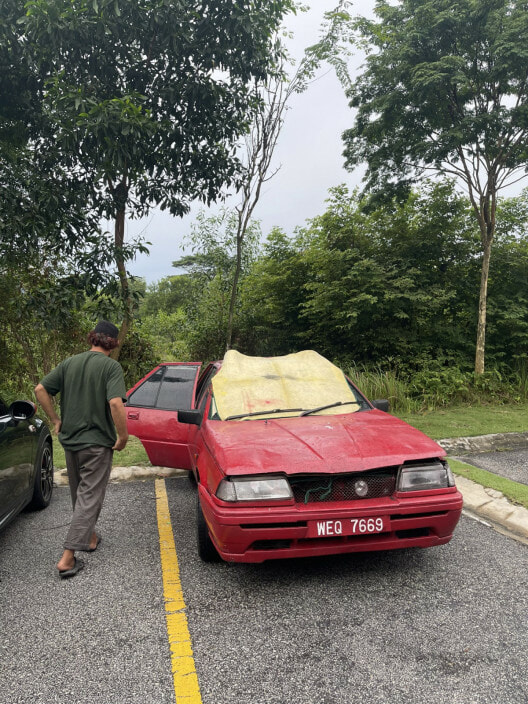 The uncle lives in a red proton saga around e-boulevard, denai alam area.

“The uncle has tried to find a job but it was unsuccessful due to the FMCO. He showers at the R&R and that’s where he met the white cat. I’m not sure if he has a family or not but he’s definitely a father to these cats.”

At that point, Faris tried to contact the relevant MP and luckily, Kota Anggerik MP, Najwan Halimi, DM-ed him asking for the uncle’s details. As of 1.30pm, Faris has transferred RM2,737 to the uncle’s account courtesy of kind Malaysians wanting to help the uncle and his cattos. 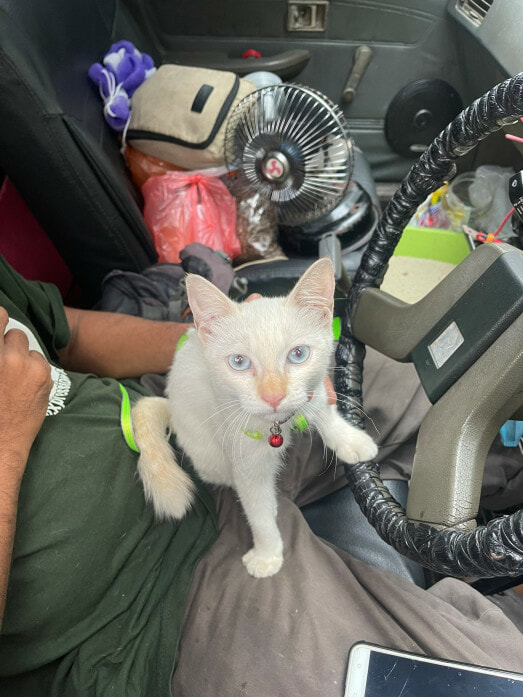 Faris’ tweet went viral garnering over 3,000 tweets at the time of writing with Malaysians hoping that the relevant authorities would help the uncle’s financial situation and provide him with a job opportunity.

Let us know what you think about this cute story! 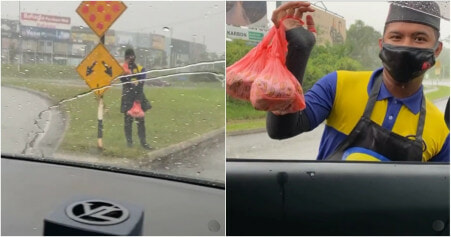