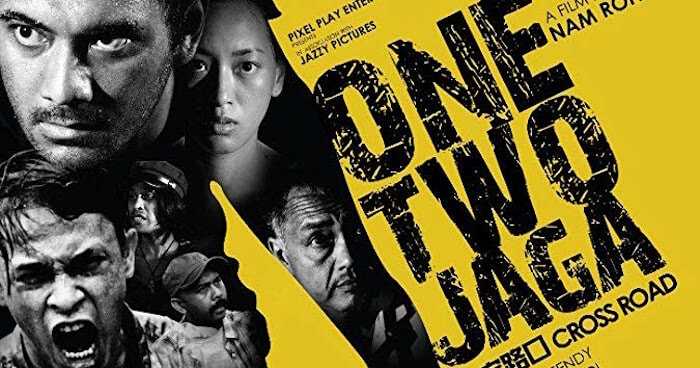 ‘One Two Jaga‘ is the latest local film that has gotten everyone talking, and for good reason!

The film, directed by Shahili Abdan (aka Nam Ron), was initially released in April 2018 and was even nominated for Best Feature Film at the 17th New York Asian Film Festival (NYAFF) on 29th June.

Now, the movie has officially started screening in local cinemas since last Thursday (6th September) and it has received an overwhelming response from local netizens over the weekend.

‘One Two Jaga‘ tells the story of a local police officer named Hussein (played by Zahiril Adzim) working to expose his corrupt superiors, while also focusing on the plight of Indonesian workers who face many obstacles due to the authorities wanting to take bribes. Many Malaysians including local activists have praised the film as it carried an important message.

At the end of #OneTwoJaga, I was so impressed, I wanted to get up and clap for it but was too shy. I rarely do this but I’d like to implore everyone to go out & watch it. It’s a little film (only 80 mins) that’s big on storytelling. Read my full review: https://t.co/bLnBE0EE2N

what if i tell you there is a locally-made film that captures reality so well that you never imagined it being real?

#OneTwoJaga is the movie we, as Malaysians, need but don’t deserve. Real, clean & a well-written story, great editing, and wonderful usage of music & sound.

Captivating, in every sense of the word. Everyone, and I mean, EVERY. ONE—played their roles wonderfully.

#OneTwoJaga is an exemplary movie. For those who think that we lack the talents to produced good movies, this movie will prove you wrong. To those involved, teruskan menerbit. Lagi banyak penonton exposed kpd filem seperti ini, lagi senang utk mereka menerima di masa hadapan.

While many have praised the film and director Nam Ron for its ambition, there have also been calls to boycott it for allegedly depicting Malaysian police as corrupt. According to a source, a number of law enforcement officers were offended by ‘One Two Jaga‘ and have made a pact to boycott the film, reported Utusan Online.

However, the director explained to the New Straits Times that the movie wasn’t anti-police, saying,

“It’s an anti-graft film, not an anti-police film. It does not target any individual in the police force. It merely states what all of us know full well, that there are bribe-takers amongst the police who extort money from the rakyat.”

“The police cooperated fully with us in the making of the film. Thus, it cannot be anti-police!”

What do you think? Will you be catching this movie over the holidays? Let us know in the comments below!

Also read: Non-Muslim Girl Watched Munafik 2 and Thoroughly Recommends it to Everyone! 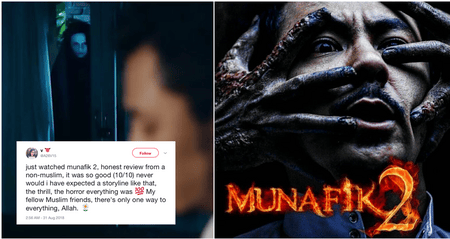