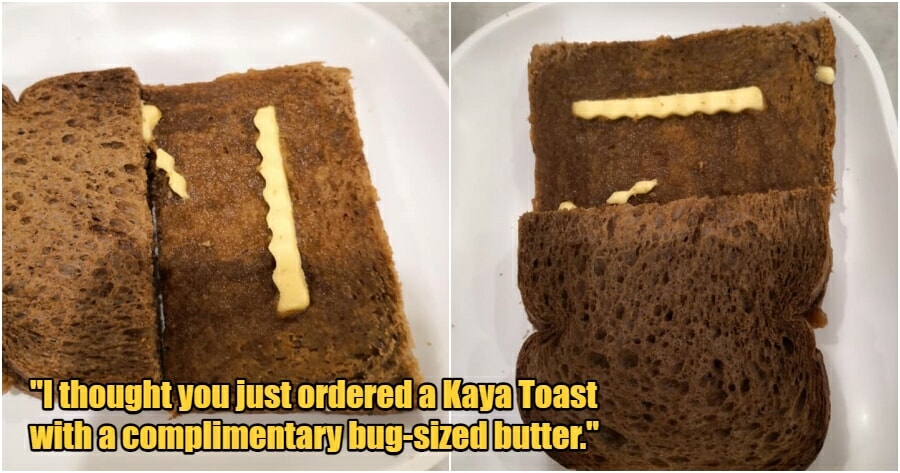 Recently, it was reported that prices of necessities are expected to rise as much as 60% next month. Despite the continuous hike in prices, does it justify the reason to serve food in lower quantity & quality?

Recently, a netizen shared a couple of images of the toasted bread that was served to him at a famous local eatery.

The pictures show a portion of toasted bread with some spread of kaya and a thin slice of butter. If the bread were not put together and the inside was not revealed, it would have certainly looked like a generous portion of butter was included with the Kaya spread. 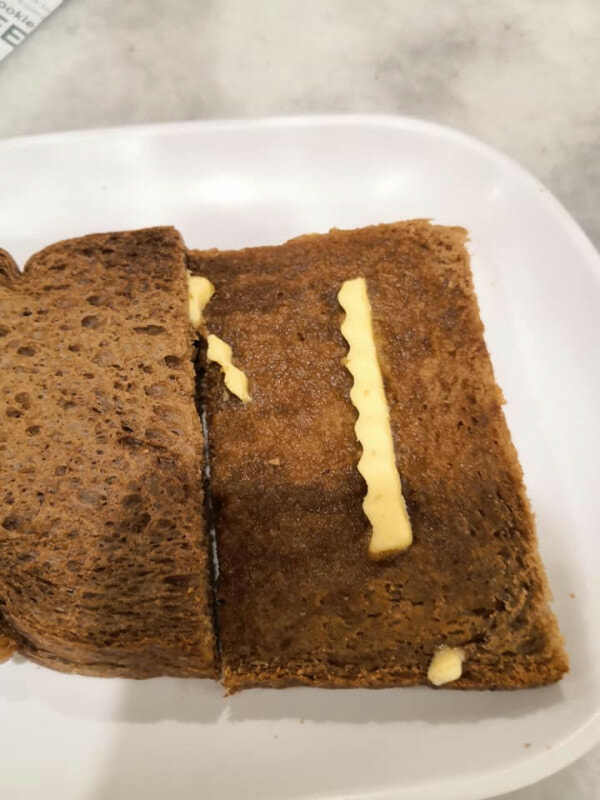 “Wow. I almost didn’t see the butter!” the netizen said on his post that was shared in Facebook Group 吃的平台. 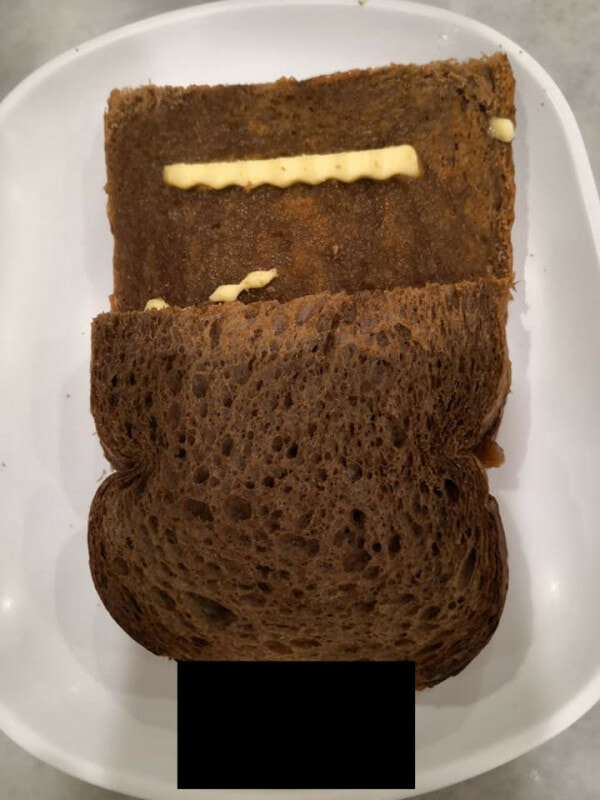 The pictures were shared in the group on Wednesday (18 May) and at the time of writing, it has gained more than 4,400 likes and more than 1,300 shares. As the restaurant remains as 1 of the fondest place to most Malaysians, a lot of them have commented and weighed in on the situation.

Most of them actually agreed that it was indeed a stingy portion of the butter, given the price that the place charges for a set of Kaya & Butter Toast. 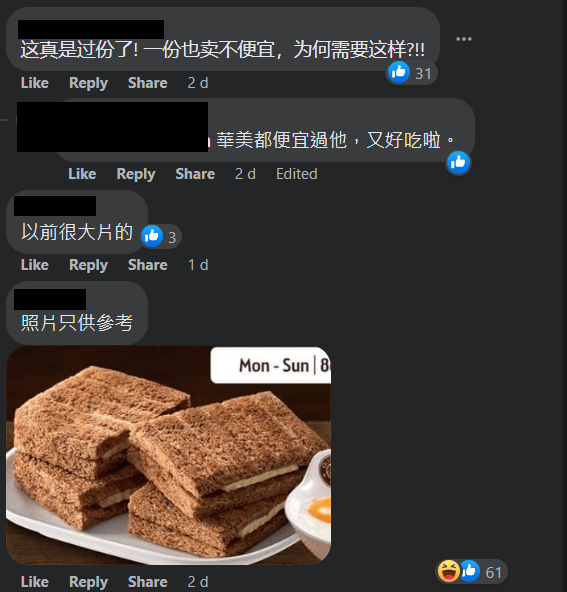 “This is ridiculous! Why are they doing this? And it’s not even cheap!”

“The butter slice used to be much bigger.”

“Pictures are for illustration purposes only.” 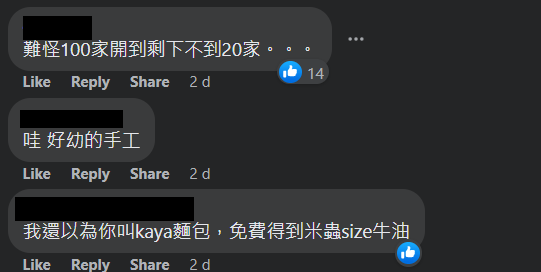 “No wonder they’re left with 2o outlets from more than 100 outlets.”

“I thought you just ordered a Kaya Toast with a complimentary bug-sized butter.”

“Expensive and not delicious.”

“It used to be a full slice, then it went down to half slice and now this. Not to mention how pricy it is!”

“I have to REALLY open my eyes wide to see the butter.”

Toast, known fondly as Roti Bakar is 1 of the most beloved comfort food among Malaysians and it can be eaten anytime of the day. As the butter slice or spread is one of the most important ingredients in it, do you think the eateries should’ve been more generous in serving the butter? 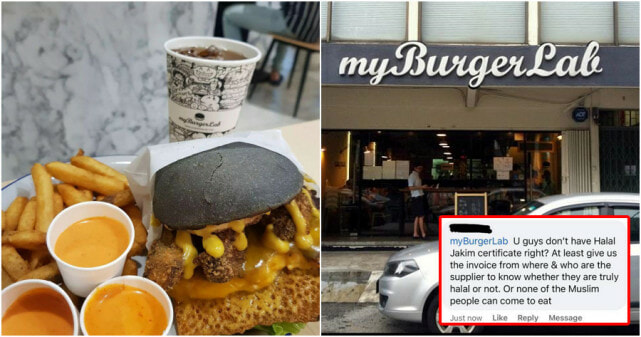