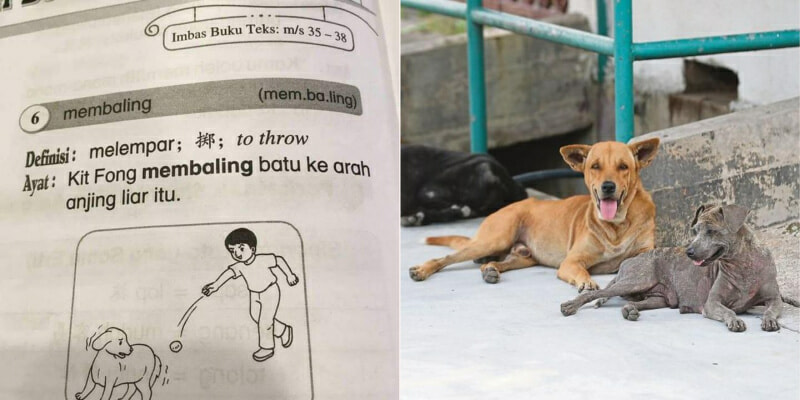 The mistreatment of animals in Malaysia is a real problem. People are going around hitting, kicking and torturing stray and pet animals, who knows what for.

But, this problem can be curbed when we start teaching people from a young age that hurting animals is BAD, and unfortunately, it is now slightly more understandable as to why we’ve failed to do that.

The FAN CLUB KAKIMOTONG Facebook page took to their profile to showcase a page from a Malaysian educational book which encourages animal cruelty. The language book teaching Malay used the example of throwing a rock at a stray dog to teach the word ‘membaling’ which means to throw. 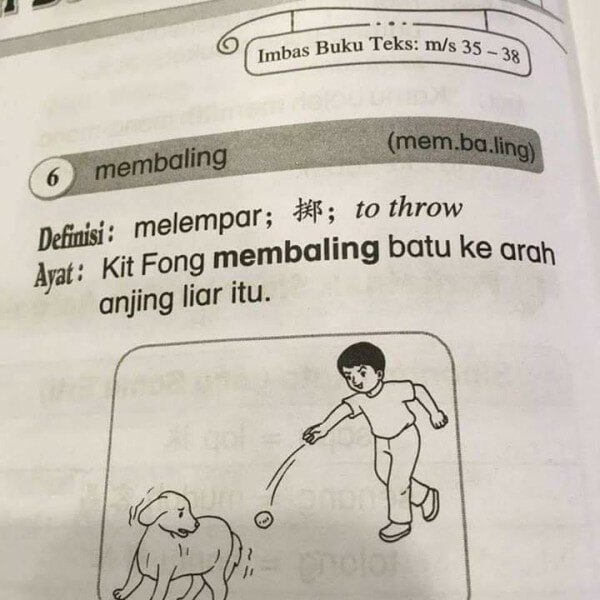 They wrote, “Erm, how is this possible? Even in education books, they are teaching things that shouldn’t be taught. How is it that this sentence was approved for school children, as children nowadays will believe that throwing rocks at dogs isn’t wrong because it’s written in the book.”

The sentence used in the book is ‘Kit Fong membaling batu ke arah anjing liar itu’ which loosely translates to ‘Kit Fong throws a rock in the direction of the stray dog’.

One netizen even pointed out that the dog in the depiction clearly looks scared while the boy looks like he’s enjoying the act of throwing rocks at strays.

What makes it worse is that this puts kids in a dangerous situation as stray animals may fight back when they feel threatened and afraid, and you can’t really blame them if they do, now can you?

We genuinely hope that the book publisher look into rectifying the example used. 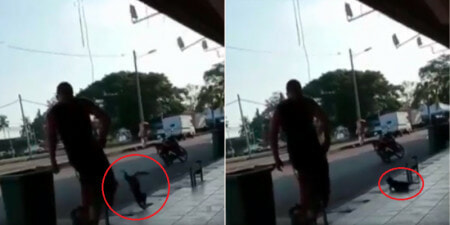