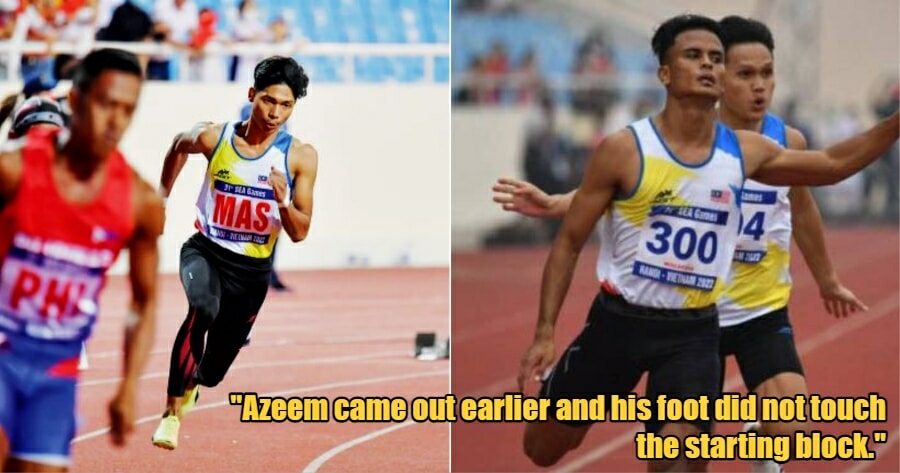 The SEA Games 2021 are in full-swing and we are so proud that we have so many amazing athletes that are representing Malaysia.

Though sadly, Azeem Fahmi, the Malaysian athlete who took part in the 100m preliminary heat, was disqualified after he had allegedly made a ‘false start’.

Based on a report by Utusan, Head Athletics Coach, Mohd. Manshahar Abdul Jalil confirmed that the country’s young sprinter made a ‘false start’ in the men’s 100 meter qualifier at the My Dinh National Stadium, thus causing Malaysia’s dream of winning a hat-trick gold in the event to be shattered. 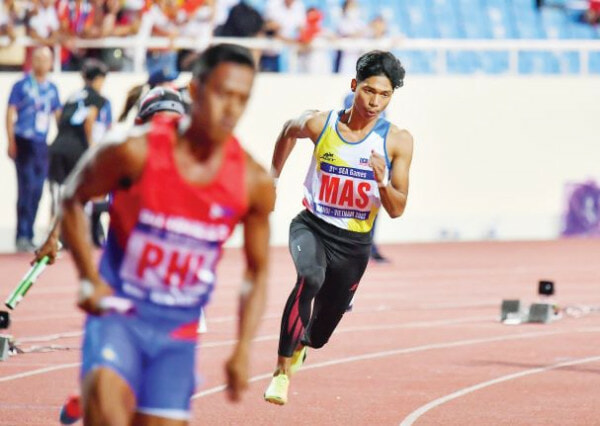 Manshahar went on to explain that there was clear evidence from the technical director, jury and referee, who found that Azeem was detected to have made the mistake at the starting block before the release shot was fired.

“The first action I took was to instruct the team manager to make an initial protest. I went straight to the jury room and informed an officer to call the director’s technical officer to explain why the matter happened,”

“After the technical director had explained with evidence of all 8 athletes, it showed that Azeem came out earlier and his foot did not touch the starting block before or immediately before the pistol shot was fired,” he explained.

Azeem has since taken to his Twitter page to apologise for his mistake.

Thankfully, Malaysians were supportive and encouraged the athlete to keep sprinting. 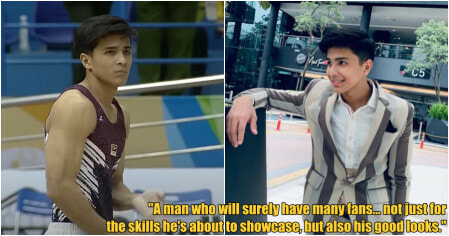