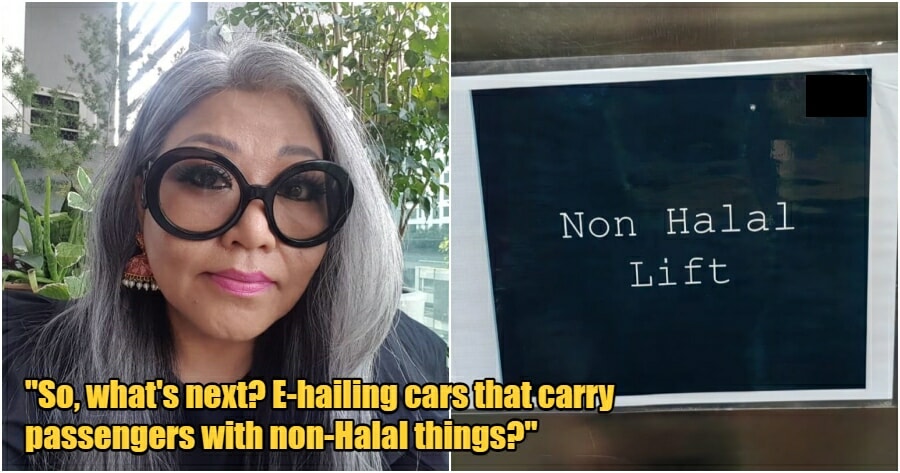 There is still a lot that we can learn from the Halal & Haram issues in Malaysia. Halal is not just about the consumption of food itself, but also involves the entire preparation.

Yesterday (October 3), on her Twitter account, Malaysian activist and human rights lawyer, Siti Kassim shared an image that she had received from her friend. The image was taken inside an elevator of a hotel in Kuala Lumpur, with a sign that says “non-Halal lift“. 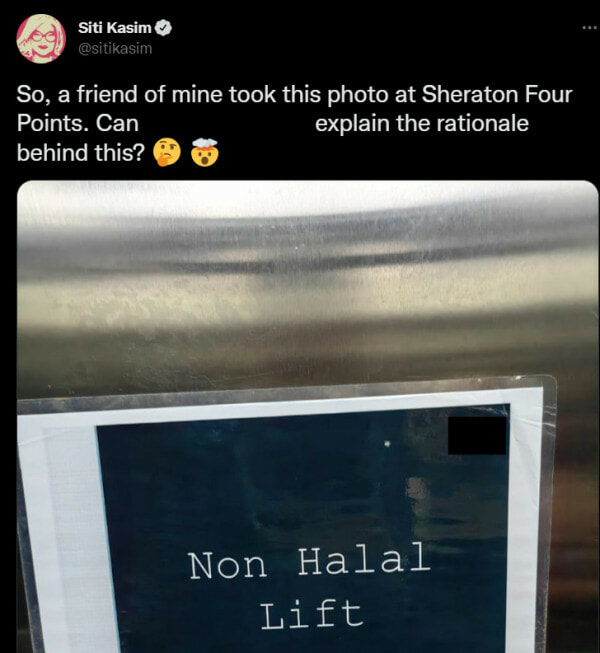 In another tweet, Siti Kassim pondered on what may come next with the “Halal” labels.

In response to her tweet, some Malaysians have since shared their knowledge on what they know about the signage in the elevator. Most of them said that it involves the handling of both Halal and non-Halal food, where the “non-Halal lift” is used to cater & transport the non-Halal food to its customers.

Halal food, however, will be transported via a different lift.

Regardless of what fellow Malaysians think of the issue, it did not take long for the hotel itself to respond on Siti Kasim’s Instagram page.

According to the comment of the hotel, it is part of the requirements for the hotel in order to obtain the Halal certification for the back-of-house operations. The elevator is designated to carry non-Halal goods and perishable items.

The hotel also revealed that the sign has since been reworded in order to avoid confusion in the future.

“We have recently reworded our signage for clearer understanding.”

For the food and beverage operators in Malaysia, it is well-known that the process to obtain a Halal certificate is not a walk in the park, and it is not simply just about filling up forms. Relevant authorities, such as JAKIM will inspect the food preparation process and the operators are expected to adhere to the rules set by the organisation in order to maintain their “Halal” status.

Fellow F&B operators, or anyone who has worked in the hotel industry, have you seen this sign at your workplace? 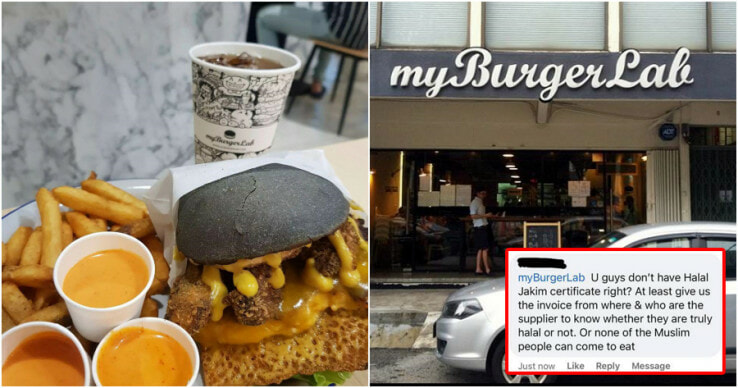