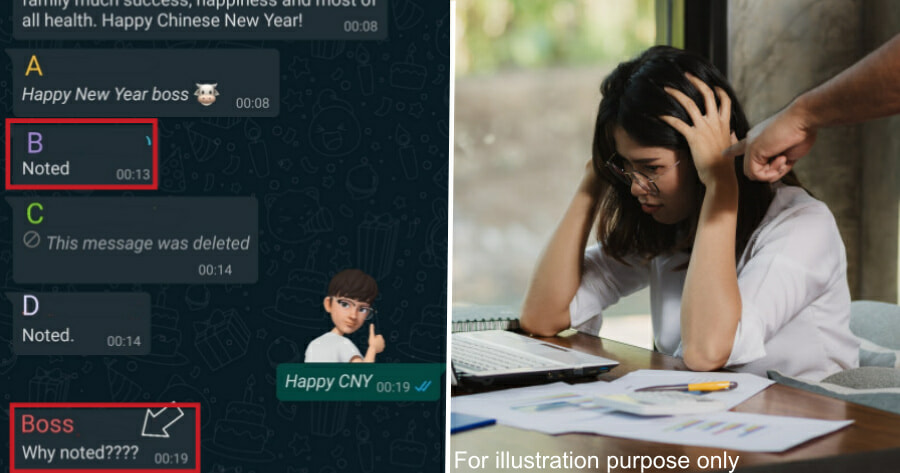 We’re sure most people would have sent or received a “Noted with thanks” text especially when you are dealing with bosses or colleagues. This is to show a sense of politeness, as well as to inform the person that you have received the message with no response necessary in the meantime.

On 12 February, a Facebook page 暴走员工 Boom Go Employee shared a screenshot about the hilarious replies his fellow colleagues responded to their boss when the boss wished them Happy Chinese New Year in the group. 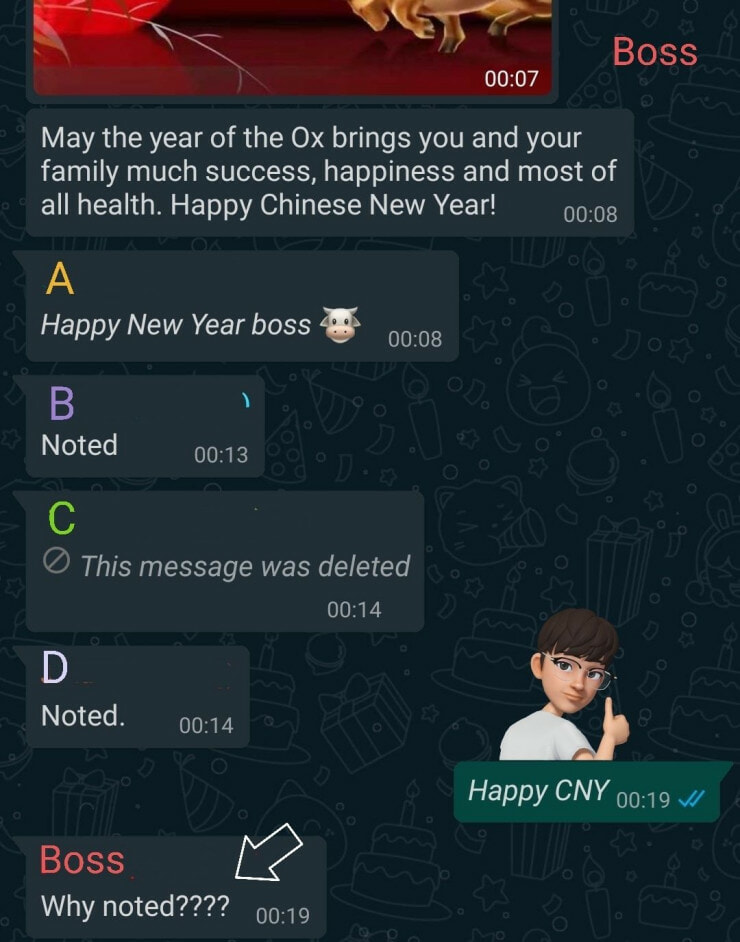 In the caption of the post, the admin of the page wrote,

“老板表示: “你们连要敷衍也那么不认真??” (The boss will feel that you guys don’t even bother with trying to reply)

“我可以感受到同事 B, C, D 要被开年了” (I can feel that colleague B, C, and D seems to be starting a ‘good year’ already)

As you can see from the screenshot, the boss took the initiative to send his fellow team a CNY greeting image, attached with his greetings for them and their families. Colleague A and the admin himself responded in a usual way where they also sent CNY wishes to the boss.

However, other colleagues did not seem to feel the same way and instead they sent a much, much shorter response;

As you can see from the screenshot, the boss himself responded to this asking “Why noted????” (We really wonder what was going through his mind at that moment…).

Netizens found this incident hilarious and shared their responses in the comments section. 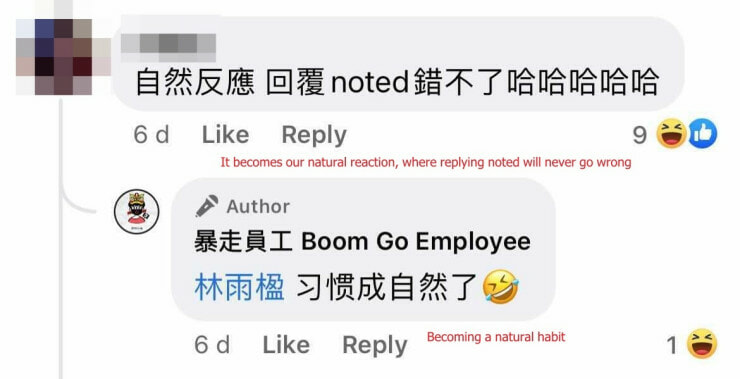 Some of the netizens also gave the admin some ideas to reply to his boss.

Well, that’s certainly not a good way to get a raise or praise from your boss. Let us know what are your thoughts about this story in the comment section! 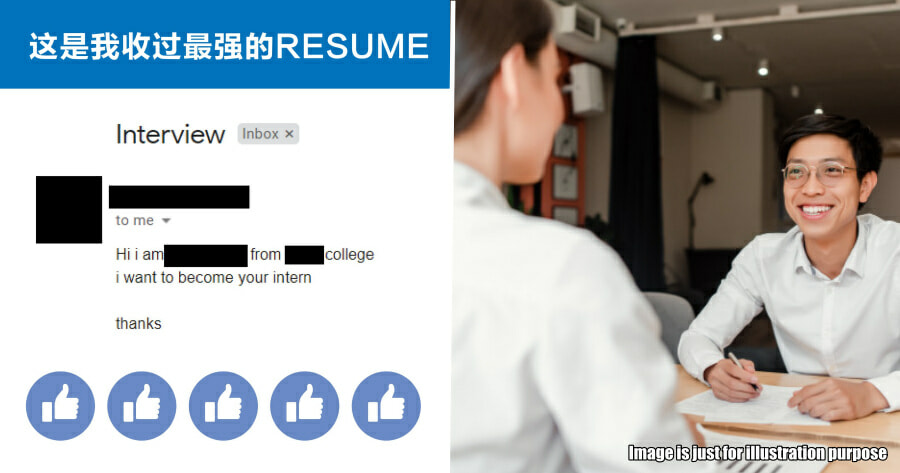