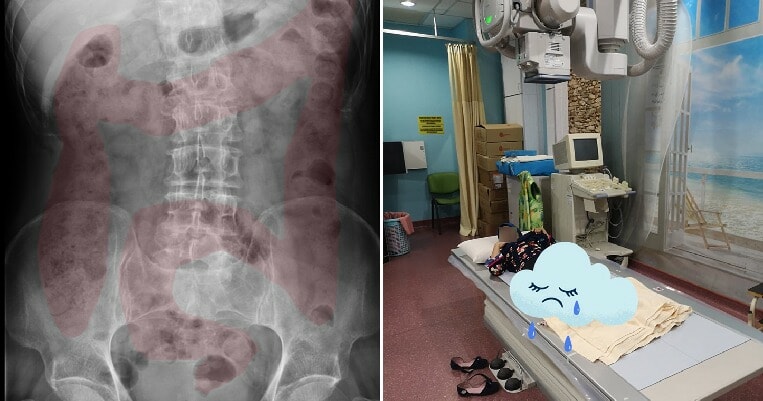 Experiencing stomachaches is a pretty normal thing that happens to many of us for a variety of reasons. This Malaysian mother thought her young daughter was having some gastric problems and brought her to the doctor, but was surprised to find out that it wasn’t an ordinary stomachache. 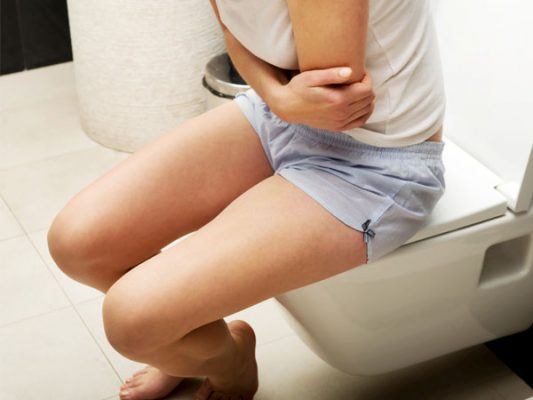 In her Facebook post on 10th July, she said that her 11-year-old daughter, who often had stomachaches, had experienced one that had lasted for two days. She thought that it was gastric as doctors would often tell her this on previous visits. However, when she used the same methods to treat her daughter, it didn’t work and the pain worsened until the girl could not even stand straight.

The worried mother brought her daughter to the hospital and told the doctor what happened. “I said that she used to have stomach pain but after massaging with some oil she would be fine. This time, it didn’t work. The doctor gave me a sharp stare and said that he had seen many kids at her age experiencing the same problems,” she explained. 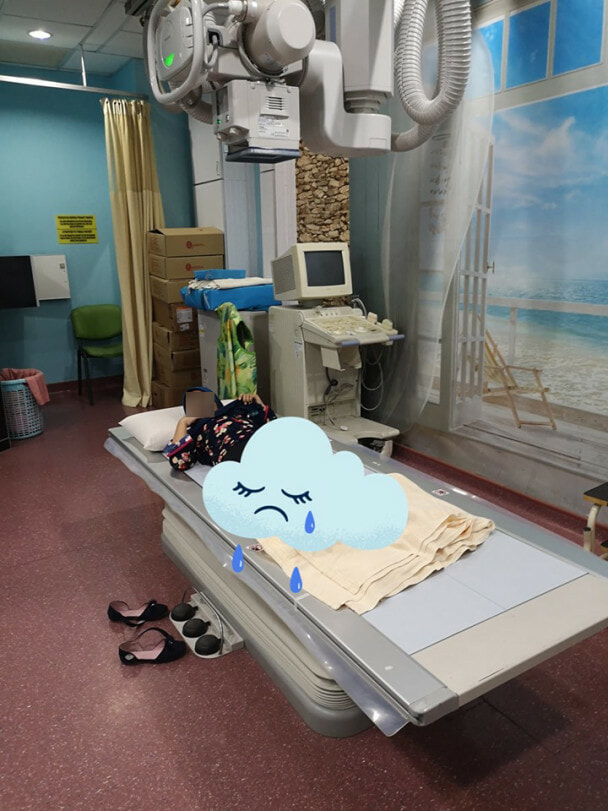 “I think there is too much stool stuck in your daughter’s large intestine, she has bowel movements but not everything is cleared from her insides. Some of the old stool may still be stuck inside and when this happens, more and more poop will gather inside,” the doctor said.

The little girl was sent for an abdominal X-ray and when the results were out, the doctor showed the mother the image. He said that the girl’s large intestine was blocked up by poop, which caused the pain she was experiencing. He explained that this was a pretty common occurrence and he had seen it before in kids around the same age. 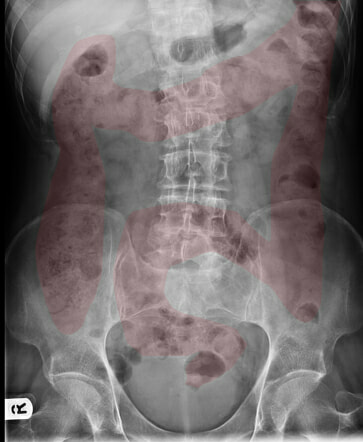 For illustration purposes only | source: radiopaedia

The doctor added that it was usually influenced by the child’s dietary habits as kids did not like to eat vegetables and lacked the fibre to process the stool. He said that it was easily treated and he could give her some medicine to ease the stool out and clear her intestines.

The mother said that she wanted to share her experience so that other people will know the importance of having a balanced diet. The doctor advised her to make sure her kids eat lots of fruits and vegetables, as well as drink lots of water to keep bowel movements regular.

You heard the doctor, guys! Stay healthy and regular!

Also read: Woman Loses 10 Years of Memories After She Pooped with Excessive Force