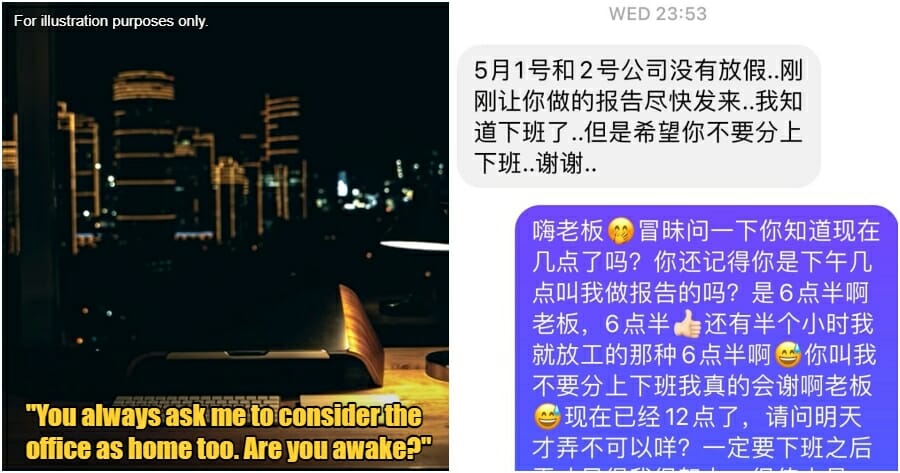 Everyone desires a work-life balance but sometimes, it seems impossible to achieve. The desire can be tough to achieve when we have superiors who tend to reach out to us, regardless of the time.

Last night (27 April), on a Facebook post, a Malaysian named Yen Nee shared a screenshot of a conversation between her friend and her superior. In the conversation, the superior texted Yen Nee’s friend at 11:53 pm and rushed her to submit a report. 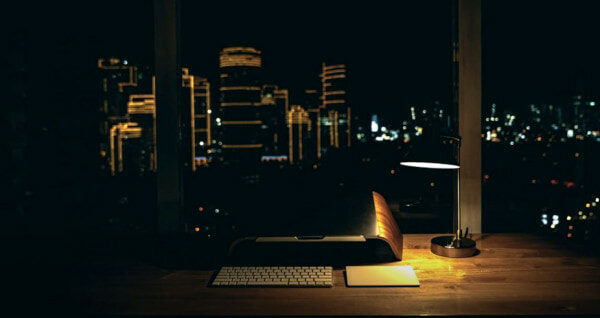 “No holiday on 1 & 2 May. Also, can you submit the report immediately? I know it’s way past working hours, but I hope you don’t mind, thanks,” the superior said.

OT without getting paid? No thanks!

Midnight is often the bedtime for most of us and to be rushed on work at this hour is just uncalled for. In response to the superior’s message, Yen Nee’s friend immediately replied to express her feelings about the matter.

She also questioned her superior about the necessity of working overtime and disagrees that doing so shows her commitment and efforts.

“You don’t even pay for my OT, how can I be willing to give you my time after working hours, boss?”

I have a life, boss

As for her superior’s self-declared working days on 1 & 2 May (Labor Day), she clearly expressed her refusal to work during public holidays.

“Don’t play leh boss. I have family, friends, and a boyfriend too. I’m not going to the office on those days. You always ask me to consider the office as home too. Are you awake?”

She ended the conversation by telling her superior to terminate her if that’s what the latter wants.

“It’s pointless for me to stay anyway. Goodnight boss!” she said.

According to Yen Nee’s caption at the end of her post, the superior is yet to reply to her friend’s text message.

No one enjoys working late too often, especially without being compensated. Do you think the reply is wise, or do you think she should’ve handled the matter differently?

Also read: Kind M’sian Gives Away Her Food To Delivery Rider For Buka Puasa & Cooks For Herself Instead 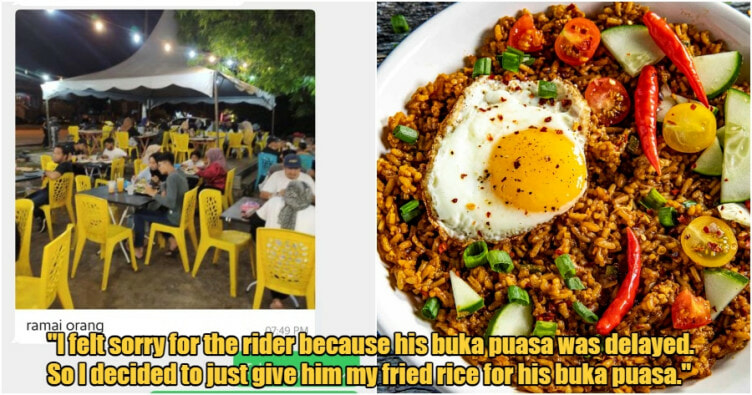