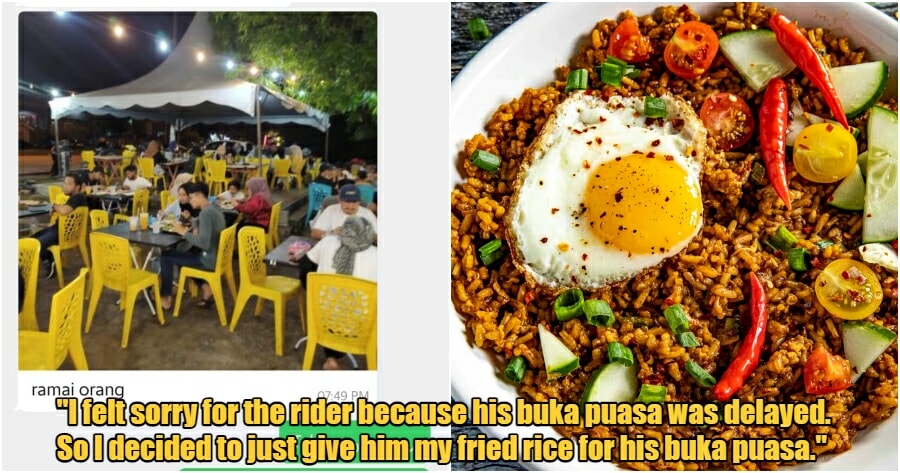 Kindness comes in many forms and the holy month of Ramadhan is truly 1 of the best times to show some warmth.

On Sunday (24 April), a Twitter user, Vivi shared a heartwarming conversation between her and a food delivery rider. She wanted to order a takeaway for her buka puasa but unfortunately, the food did not arrive at her doorstep by the time to break fast (7.27 pm in the north region).

At 7:49 pm, the rider reached out to Vivi and informed her that her order has been received by the restaurant but was yet to be prepared. He then sent her a photo of the restaurant to show the crowd there which had possibly delayed the preparation. This may sometimes get to our nerves and prompt us to cancel our order but what Vivi did next was actually the opposite.

Instead of cancelling the order, Vivi asked the rider, who was also fasting if he had eaten something, to which he replied “not yet.”

“In that case, you can have my fried rice when it’s ready. It’s yours. I’m full already, by the way”, Vivi told the food delivery rider.

As the rider was shocked by the offer, he wondered if he had said something wrong that triggered the incident and Vivi cleared the air by assuring him that it was out of sincerity. Not to mention that it was way past the time to break the fast. The rider tried to reject again by saying he already had a drink but Vivi insisted that he should have the fried rice as his meal.

The food delivery rider then thanked Vivi for her kindness and accepted the offer.

Speaking to WORLD OF BUZZ, Vivi revealed that she couldn’t stand the hunger any longer, so instead of waiting for the meal or ordering another meal which would obviously take more time, she had a simple buka puasa with her mother by having some crackers and hot tea.

They later had fried Kuey Teow which they prepared themselves.

“I felt sorry for the rider because he was only going to break his fast after my delivery. So I decided to just let him have my fried rice for his buka puasa,” Vivi expressed.

Vivi’s patience & understanding are definitely admirable and we’re glad that the food delivery rider managed to get something to break his fast. Have you ever encountered a similar act of kindness?

Also read: Can’t Wake Up For Sahur? This Terengganu Man Will Wake You Up in The Morning During Ramadhan! 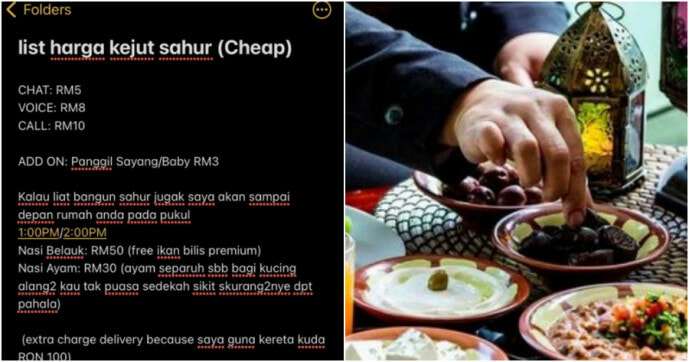