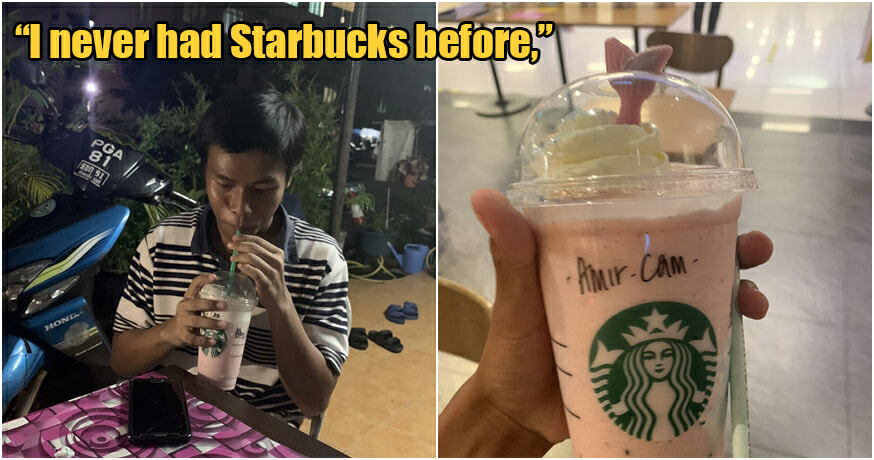 How many of you reading this got try Starbucks before, raise your hand. Yeah, that’s probably most of us lah. Since its introduction into Malaysia, Starbucks has become, and continues to be, the bougie, mainstream coffee brand of choice for many people.

But with an average cup going for as much as RM12 a pop, it’s not exactly cheap either (Even I drink it only once a month). In fact, for some people, that price tag for a single beverage has proven to be so prohibitive, they’ve never had a single Starbucks drink in their whole life.

Such is the case of netizen @izzubanana, who recently found out while buying himself a drink from Starbucks, he noticed how his friend, Amir, would only watch him order from the side.

“I’ve never actually had Starbucks,” his friend then goes on to confess. 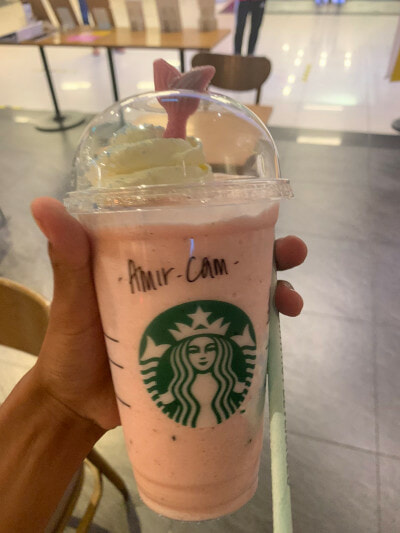 When he heard that, he was reminded of the times in his life when he himself couldn’t afford to buy such luxuries as a cup of Starbucks. After all, it is always important to remind ourselves that not everyone lives with the same circumstances and privileges as other people do. 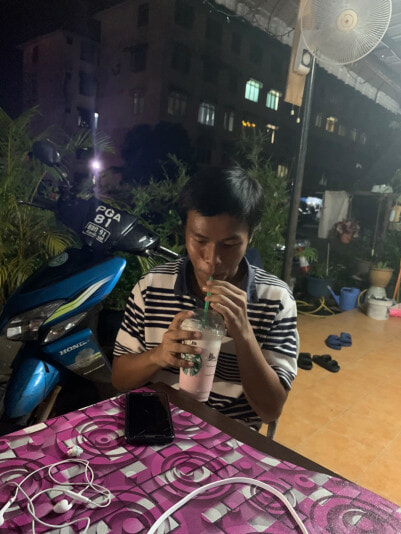 So to help grant his friend’s wish to try Starbucks for the first time, he decided to buy him their latest beverage, the Fantasy Tail Frappucino, before gifting it to him. The story, which has since spread like wildfire over Malaysian social media, has since garnered well over 19,600 retweets on Twitter.

In fact, many Malaysian netizens have praised @izzubanana for his generosity and empathy towards his friends.

Also read: Touching: Teenager Moved To Tears After Realising His Friends Chipped In To Buy Him A New iPhone