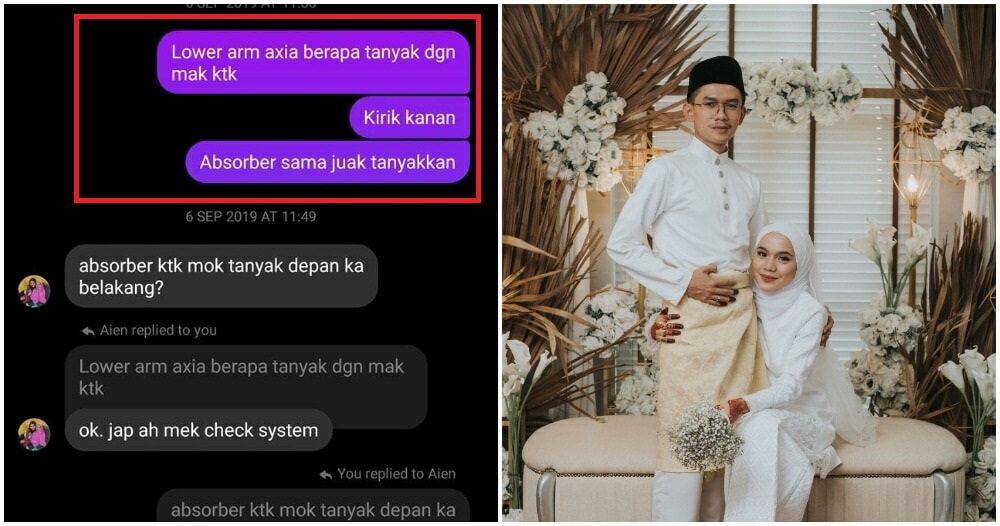 Hallmark, are you listening?? This could be your next Valentine’s special.

Romance is definitely unexpected and will be found in the most unexpected places. This was the case with Fakhrullah Yusup who just wanted to get some spare parts for his car but ended up finding the love of his life.

Fakhrullah messaged his soon-to-be wife (he had no idea at that time obviously) who owns a car workshop about certain spare parts. The conversation was pretty normal but due to some added confusion, Fakhrullah requested her number and soon they were messaging on WhatsApp.

Fakhrullah: I just would like to know the price of an Axia lower arm and the absorber as well.

Aien: Where would you put the absorber? I can check the system.

Fakhrullah: You can have my number and text me there, it’s a little difficult to text using FB Messenger.

As luck would have it, they were soon messaging and felt an undeniable spark between them. Fast forward to the present day and they’re happily married. Speaking to WORLD OF BUZZ, Fakhrullah said he found his life’s true meaning after meeting his wife and that she is the best person he has ever met.

“No one knows me like her do. Never have I been more grateful to have a wonderful woman like my wife.” 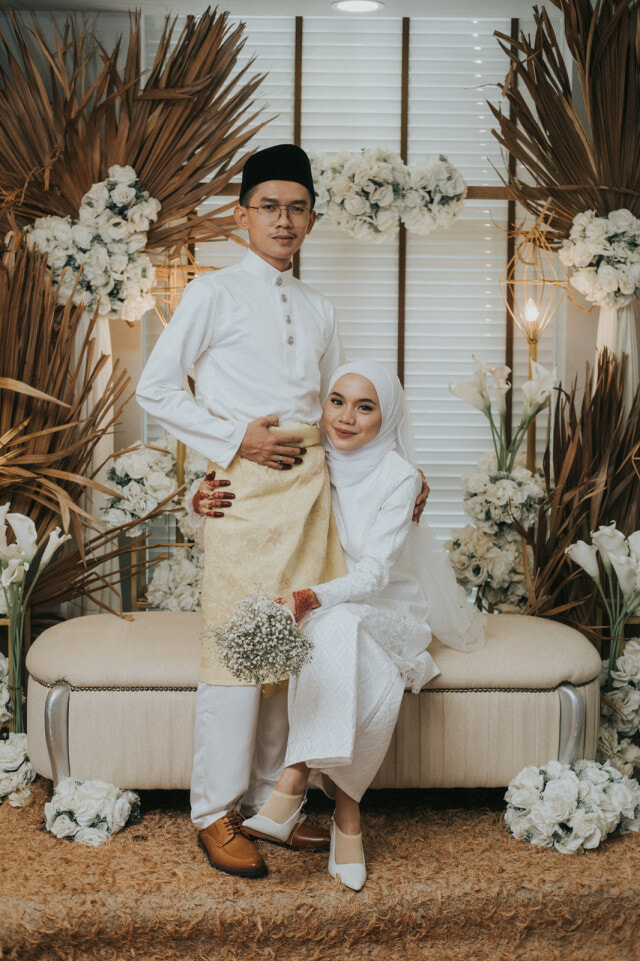 His post went viral garnering 1K shares with Facebook users congratulating the happy couple and the unexpected situation that brought them together. Fakhrullah added that he never expected his post to go this viral and thanked everyone for their love and prayers.

Brb, anyone else planning to text their local mechanic in hopes of romance?