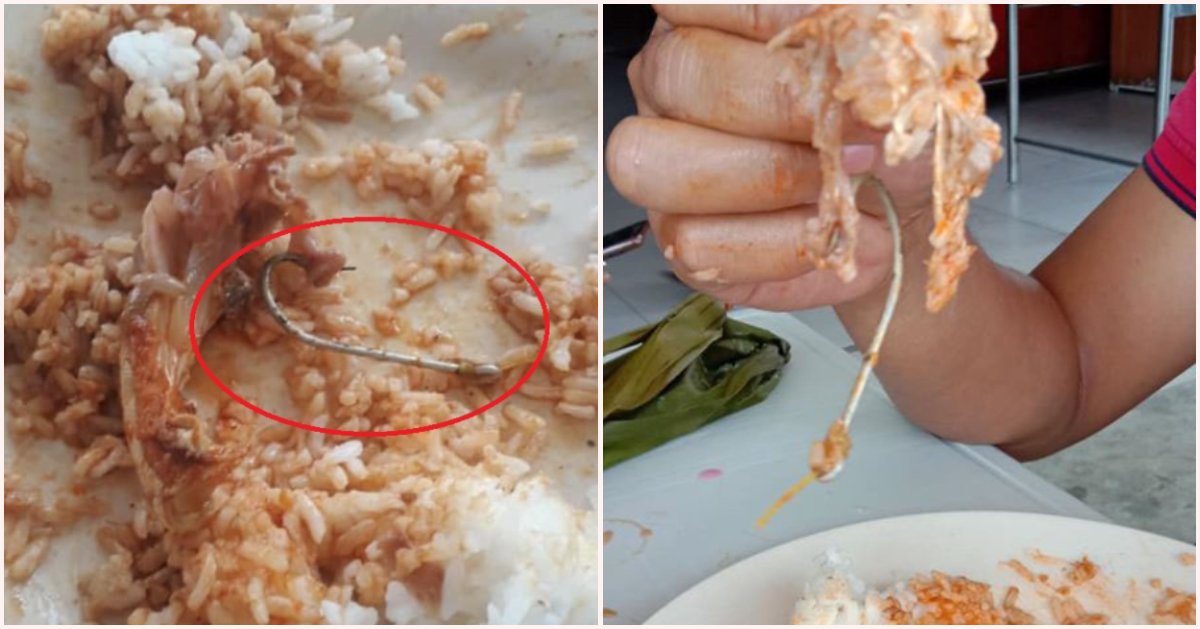 Malaysians have found all kinds of weird things in their food, from insects to hair in pasta that’s not from an angel.

Most of the random things found in food aren’t really harmful especially if the food isn’t actually rotten, but then there are items that just shouldn’t be in food for safety purposes.

Nor Azriah Abd Aziz took to her Facebook page to showcase a large fish hook that was still inside the fish she was eating at a restaurant in Taman Soga, Johor. Luckily, she managed to find the hook before she bit down into the fish.

She wrote, “Today’s incident, I don’t even know what to say. The question is, if you washed the fish properly, then this fishing hook wouldn’t be in it, along with a fishing line. It’s big, I think if it was smaller, it would have been swallowed along with the fish.”

Such a terrible mistake from the restaurant’s side should come with a proper apology and compensation for the inconvenience and potential risk factor, right?

Apparently, the restaurant owner had only apologised and taken the plate away, instead of replacing the fish and waiving her bill.

“I told the shop owner and all he did was apologise, didn’t even waive my bill. At least replace the fish to a new one, but no, he just took my plate away while saying sorry. I still had to pay for the meal. It’s sad that there are shop owners that don’t prioritise the cleanliness of their food. What would have happened if I swallowed the hook? Who is going to bear the costs? Think it’s insignificant if it were to have happened? I’m so disappointed,” she added.

Luckily, no one ate the hook or cut their fingers on it as they ate.

Nor Azriah’s posting has since garnered over 381 shares.

We hope the restaurant owner takes this matter seriously and looks into the cleanliness of his establishment before someone gets hurt.

Had a similar experience? Let us know in the comments section! 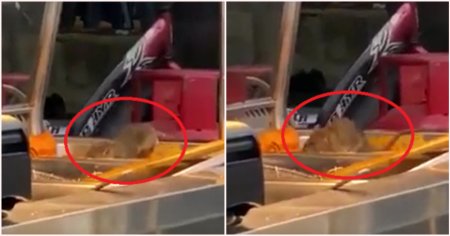