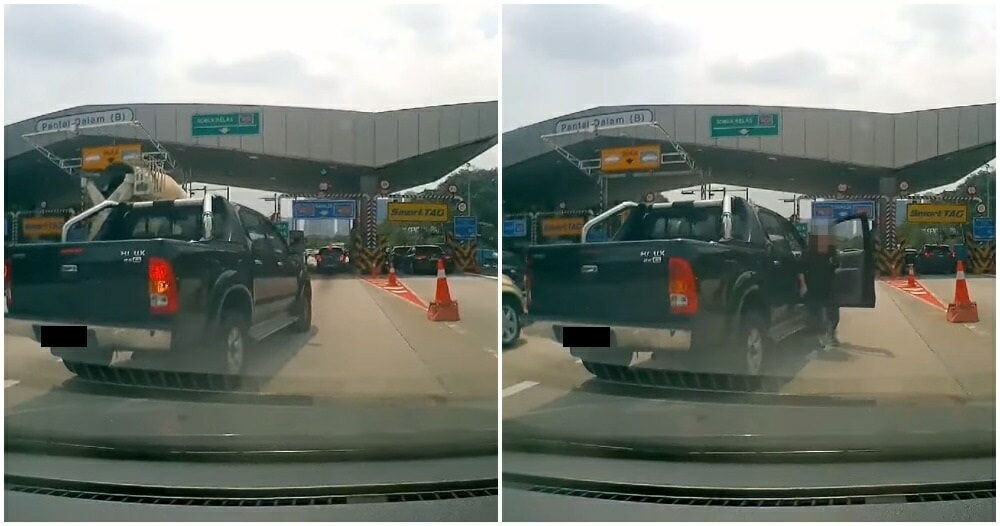 In a video by Audrey Gan that has gone viral on both TikTok and Facebook, we see a Malaysian Karen cutting lanes at a toll booth in front of Audrey, who was going straight.

She even had the audacity to get down from the car and ask her where her signal was. The video was a dashcam recording that was taken on 25 January at 1.35pm. 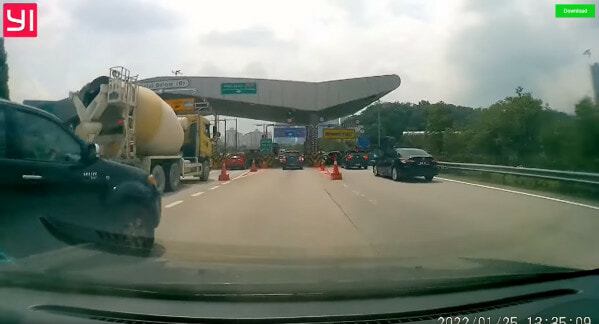 In the clip, we see a Black Hilux driving a few lanes on the left. When both Audrey’s car and that black pick-up truck were approaching the toll booth, the black car suddenly swerved to the right and came onto the lane that Audrey was on which caused her to stomp on the brakes and honk at the driver. 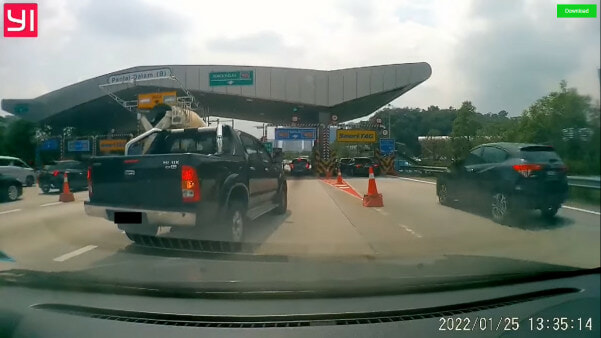 Instead of saying sorry, the woman in the black car actually stopped and got down from the car with her phone in her hand. She approached Audrey and asked,

“Where is your signal?”

Audrey was very flabbergasted at that point and said that she is driving straight on her lane and that the Karen was the one who came in from the left lane. 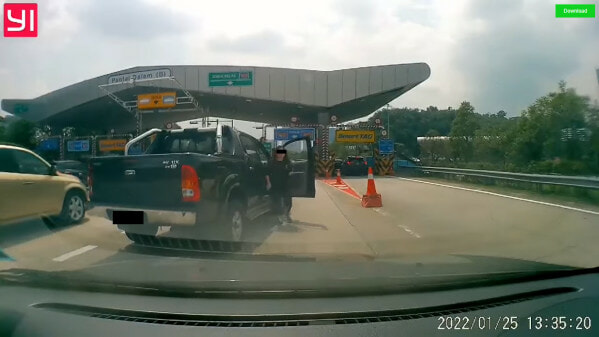 The woman repeatedly asked why Audrey did not put on her signal and Audrey just replied by saying,

“Why do I need to signal when I’m driving straight? You never learn how to drive is it?!”

The woman still wanted to argue but Audrey said in a loud voice that she is making her late.

Speaking to WORLD OF BUZZ, Audrey said that this incident happened at the Pantai Dalam toll when she was going to Sunway for work. 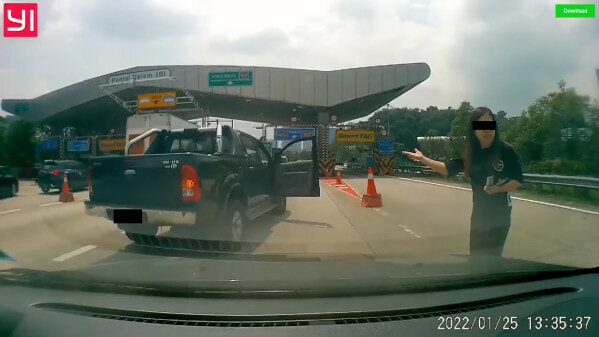 She explained that the woman initially did put on her signal but as she got to the lane beside Audrey she turned the signal off.

Right as they were approaching the toll booth (near the cones), the woman turned the signal on again to cut into Audrey’s lane presumably because the queue at her initial toll booth was quite long. Both of the lanes are Touch and Go lanes.

You can watch the whole video here.

Don’t mind my angry shouting haha I road rage easily . Karen cari pasal with me. Idk why she need to stop and idk why she asking me to signal on my own lane??? Use big car but brain small (ps I wasn’t late but idk why I shouted I’m late)

Edit : People saying why I no give her masuk my lane since she ‘wrong lane’ pls look carefully. The lane beside me is also touch and go, she want to masuk my lane last min because my lane is shorter, she didn’t want to wait behind the cement lorry. Don’t justify stupid ppl actions pls

Do not redownload and steal my video. Ask permission for any usage

Well, this is certainly a situation that could be avoided if the Karen did not swerve here and there. 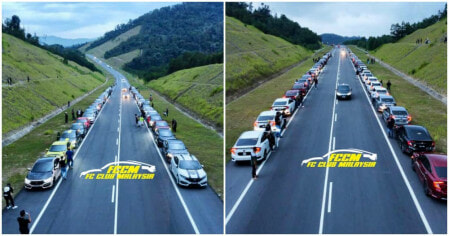