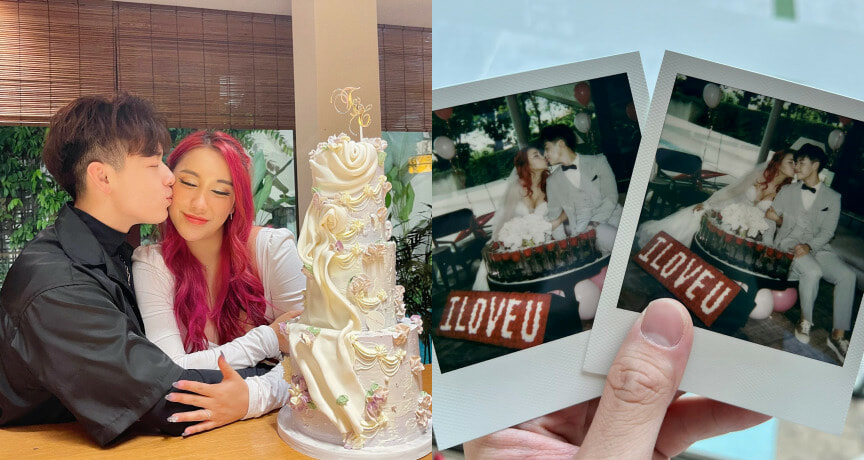 Maybe this is what they call, love at first sight?

Malaysian influencer Cheryl Chin and Singapore content creator Titus Low recently announced their marriage. According to them, they apparently got engaged after meeting each other for two weeks and less than one day of dating.

A little backstory about both of them, Cheryl Chin is a Malaysian talent under the management of Jian Hao Tan’s Titan Digital Media, while Titus Low is known for creating content on OnlyFans previously but stopped due to legal issues in his country, Singapore.

In a series of TikTok videos, Cheryl shared that they were engaged after less than 24 hours of dating and that she has now moved to Singapore from the United States to be with her significant other.

In a Youtube video, Titus also revealed that Cheryl is ‘the one’ for him and that he feels a genuine connection between them. “I feel very comfortable with her, I didn’t feel forced with her, I feel very happy with her,” adding that they share similar interests.

Titus then shared that they met through Jian Hao Tan, and after a few days of spending time together, he asked her to become his girlfriend. After around 6 hours of dating, he proposed to her. The video ended with a teaser of what it looks like for their engagement ceremony, and Cheryl is seen wearing a bridal gown.

The couple also created a Youtube channel together. In the channel’s first-ever QnA video, Titus said that the meaning of marriage to him is committing his life to his partner, and focusing on everything he does for her. Cheryl on the other hand stated that marriage is like a partnership and a prolonged work in progress where you dedicate everything to work with someone.

We wish the best for the couple and look forward to their upcoming couple content! What do you think about this? Let us know in the comments.

Also Read: Wife Shocked To Discover Husband Is Actually A Woman After 10 Months! 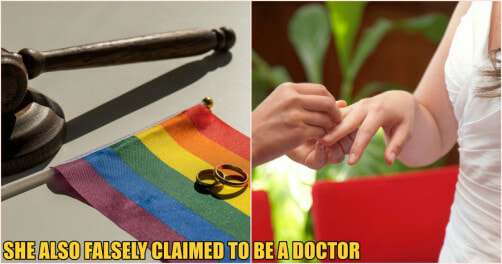