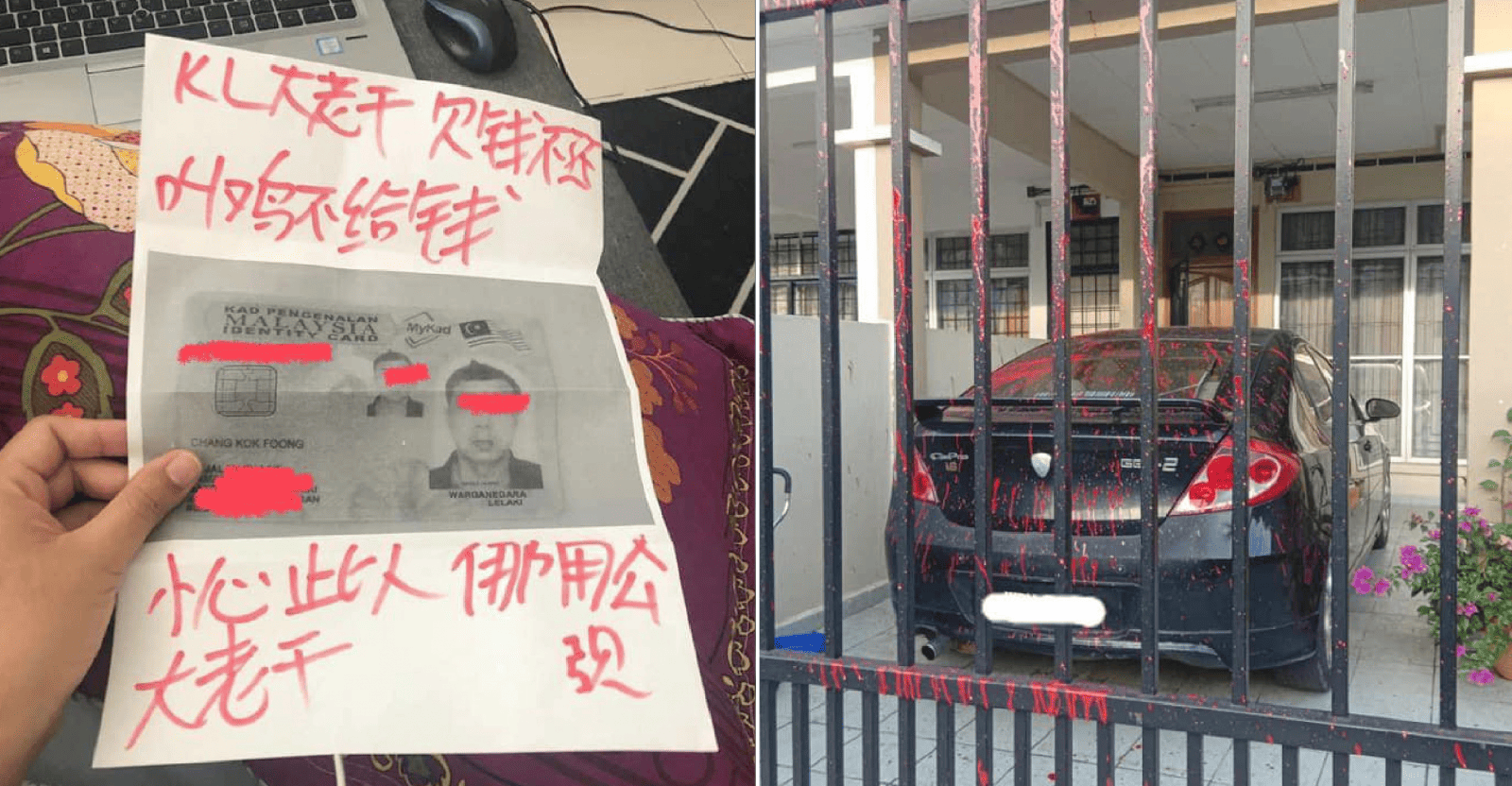 Let’s hope 2021 would spell the end to their horror story!

A shocking story of harassment by Ah Longs (illegal money lenders) that caused a Malaysian family to live in constant fear for almost 3 years become viral yesterday. The worst part? The family never even borrowed from the Ah Longs!

Shared by Huda Muhamad via a Facebook post, she details how her family suffered from endless harassment by Ah Long to the point that her health was adversely affected. She wrote,

“I don’t know how to start. This is the first time that I’m sharing this awful experience that has been haunting us since 2018 up until today.”

“I now suffer from irregular palpitations. My heart is always pounding, as if it is being stabbed by something sharp. Migraine day and night. Constant fear and restlessness have become the norm.”

In the Facebook post, Huda also shared horrifying photos of the harassment which include her family’s car and home being splashed with red paint as well as receiving threat chain letters by the Ah Longs. 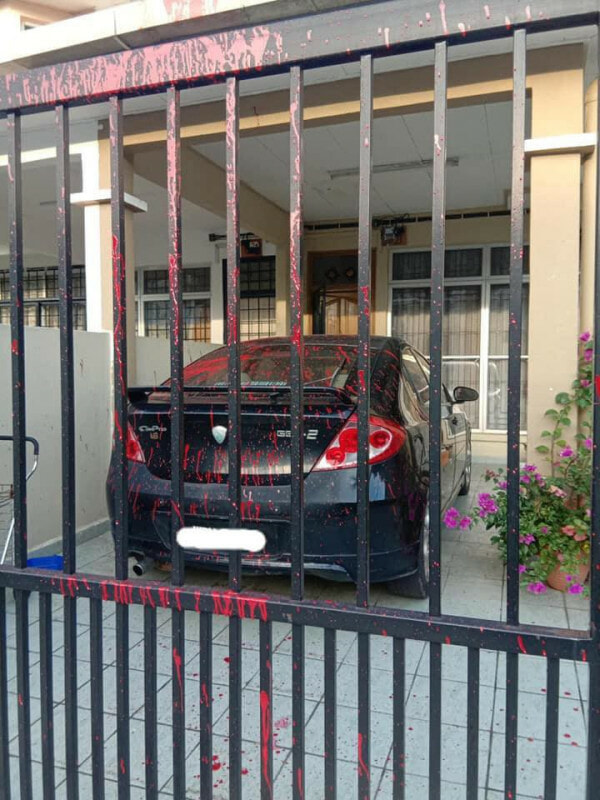 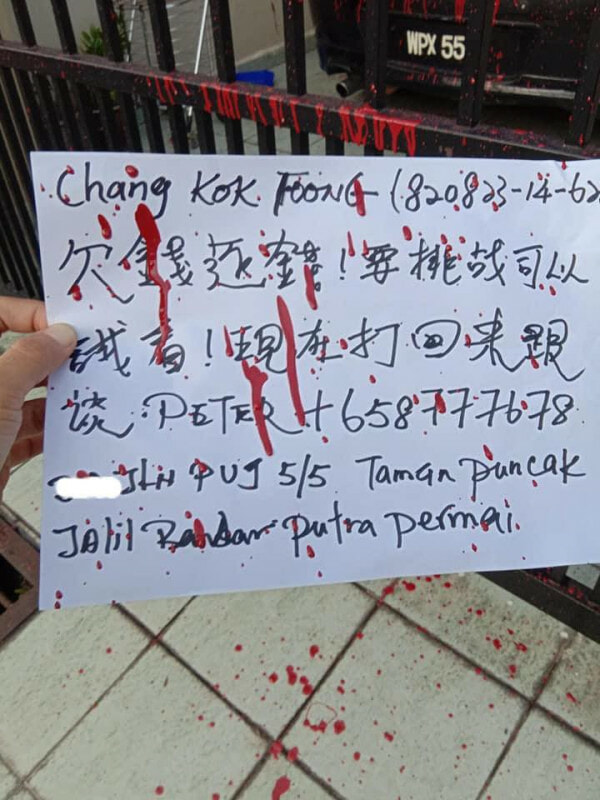 According to Huda, it all started at the tail end of 2018 when her family started to receive threat letters in their inbox.

“We received 1 letter written in Mandarin in our inbox without an envelope that has a copy of the IC of someone named Chang Kok Foong. We thought nothing of it then, maybe a case of wrong address.”

However, things deteriorate ever since and escalated to a point that the family never could imagine.

“After a few days, someone came to our home and asked, ‘Is this Chang Kok Foong’s house?’. I said no and that we just bought the house. Not long after, another Ah Long came and asked the same question, again and again.”

That’s when Huda and her family’s anxieties worsened with suspicions growing for this ‘Chang Kok Foong’ individual. Then, the harassment escalated from random visits to threats.

“One day, I noticed a car stopped in front of our house and threw something our way. I went out and saw them throwing around 50 papers with the same Mandarin writing on them with a copy of Chang Kok Foong’s IC.”

They asked their Chinese neighbour for help to translate the letters. It turned out that Chang Kok Foong was the previous owner of the house and that Ah Longs are now searching for him because he have been loaning money from them and not paying up.

Outraged, Huda and her family called the number that was present on the letters and told the Ah Longs that they will be lodging a police report if they continue to harass the family. Furthermore, they also clarified to the Ah Longs that Chang Kok Foong has sold the house and the family have nothing to do with him or his loaned money.

However, the harassment didn’t stop there. On March 2019, when the family went back to their hometown to celebrate Aidilfitri, their home was locked with metal chains by the Ah Longs. A big paper with huge Mandarin writings was placed on their home’s gate. 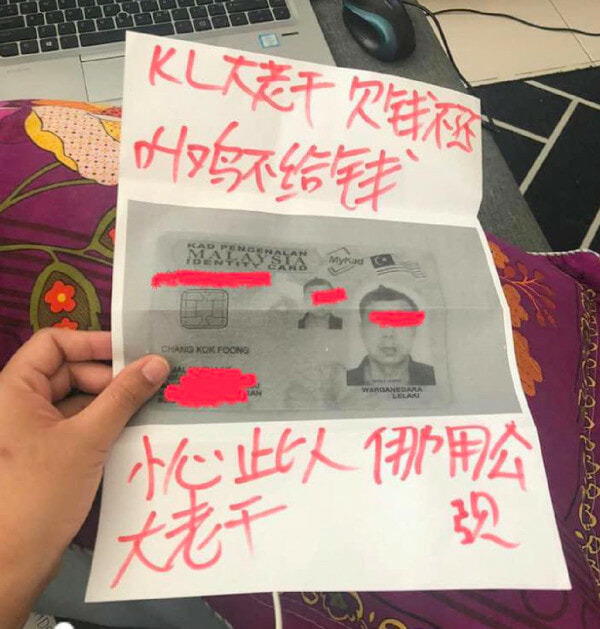 They lodged a police report and in the followup to the report, the Inspector in charge said that they have contacted the Ah Long to explain the real situation to them and that the current home owners are in fact not Chang Kok Foong. Furthermore, the family themselves contacted the Ah Long directly and only then they found out about Kok Foong’s exploits.

“The Ah Long said that Chang Kok Foong made loans using our address as well as falsifying TNB bills using our house address. They even showed us the forged TNB bills!”

While that particular Ah Long didn’t bother the family again, it turns out that Kok Foong has been borrowing money from a slew of others! More than 15 people came to the house after this incident to ask for loan repayments.

In 2020, another Ah Long tried to chain their home again but the family managed to chase them away as seen in the photo below: 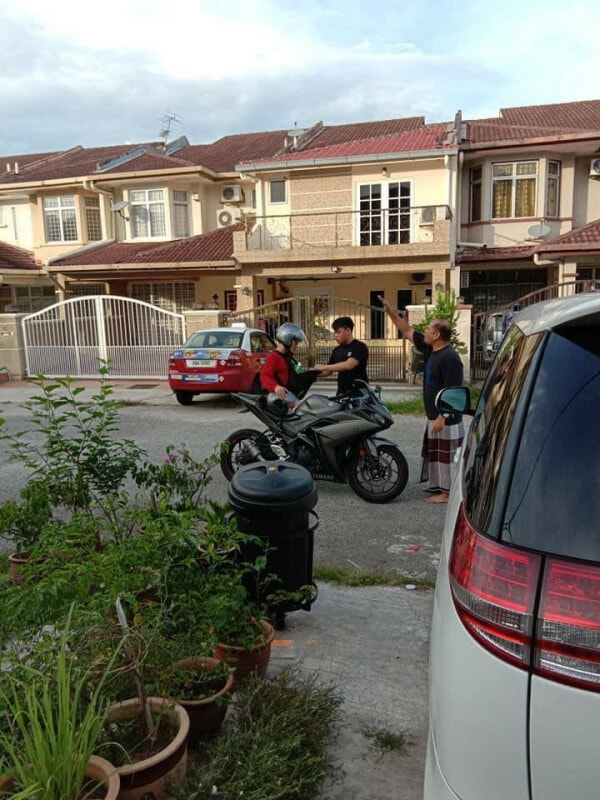 The harassment worsened to the point that the family even put out a sign in front of their house telling these Ah Longs that Chang Kok Foong doesn’t live there. 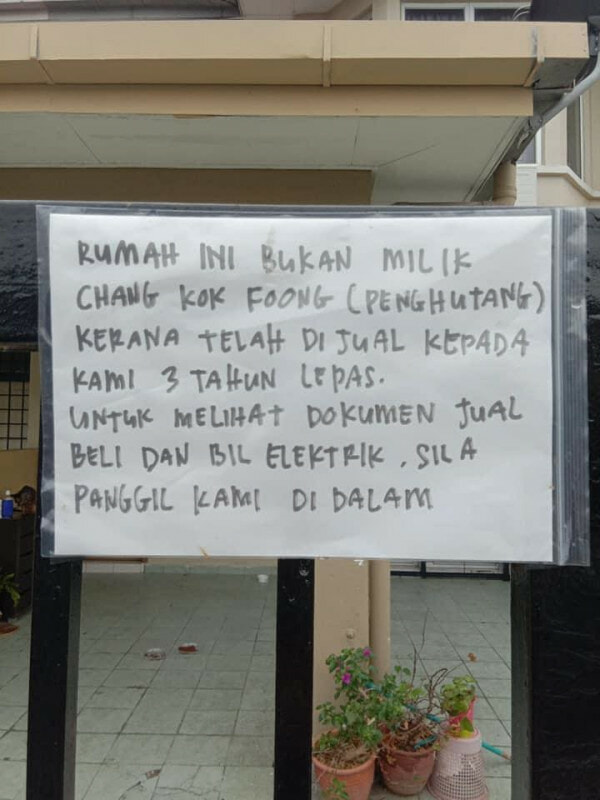 “I was at the kitchen at around 8pm when I smelled a strong paint odour. I looked outside and my God, our home and car was splashed with red paint! My hands were shaking… I didn’t know what to do.” 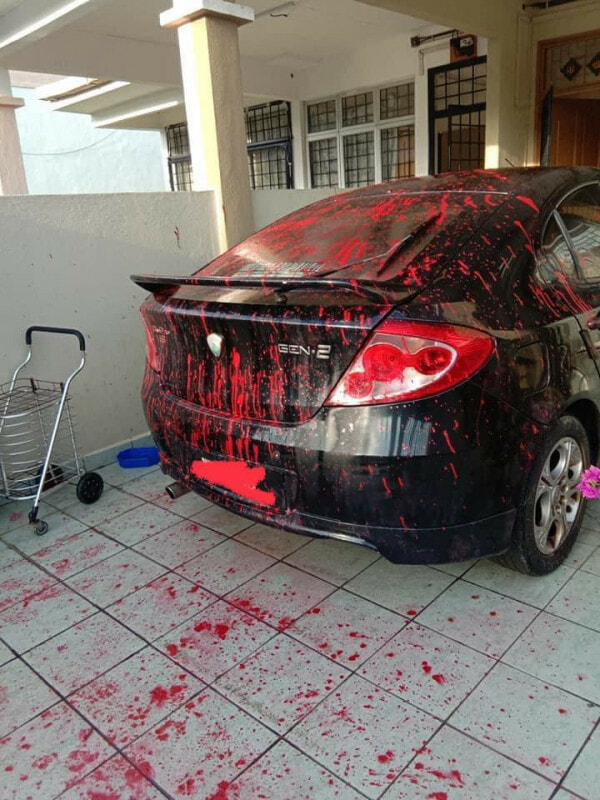 The family then went to lodged a new police report. After 3 days, an Inspector called and told them that they have contacted Chang Kok Foong and that he will becoming to their house. However, after a while, the same Inspector suddenly told them that Chang Kok Foong was not involved in the whole thing and claimed that Kok Foong has lost his IC and it was misused by other parties.

Chang Kok Foong never came to the house or meet the family.

The Inspector then said that the police can’t do anything because there were no evidence that Chang Kok Foong did anything wrong. Furthermore, it was not him who splashed the paint but the Ah Longs.

As for the Ah Longs themselves, they didn’t leave behind any evidence to indict them for the crime and the Inspector claimed to not be able to charge them as well.

However, the family beg to differ because it’s impossible for Ah Longs to lend money with just an IC and not the person being there in person. Huda recalled,

“It’s impossible for Ah Long to lend money by just showing an IC that do not match with one’s face. In fact, one of the Ah Longs even have a selfie by Chang Kok Foong in their collection that they’ve shown to us.”

The family asked the police to issue a public notice telling that Chang Kok Foong no longer lived in the house so that Ah Longs would not bother them again but the request was denied. Huda is left with no other option and decided to share the story so that Malaysians would know and that the harassment would end.

“We are really disappointed. Living in our own home, in our own country but not being able to live in peace. Maybe because we are not famous, not politicians, not wealthy people, so our problems are neglected by the authorities.”

Let’s hope that the authorities do take notice and that proper action would be taken. No one deserves to be treated this way for something they never did!

What do you guys think of Huda’s story? Have you encountered something similar to this before? Share your thoughts with us in the comments!

Also read: MCCA Warns M’sians To Watch Out For Cyber Ah Longs After Victim’s Car Was Set On Fire 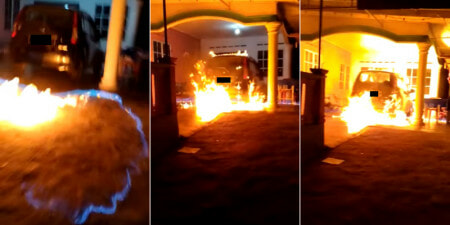