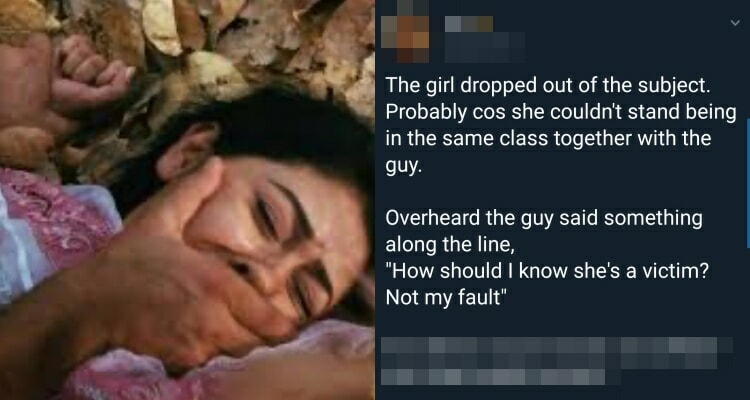 It’s 2020 and we’re here for a liberal world, and things like “rape jokes” should be cancelled.

If you live on the internet (like admin does), we all like to have some fun, and jokes have made up a pretty big part of our lives. Growing up in the millennial era showed us how “joke trends” had been transforming, at least for us, for the better. I used to hear about “rape jokes” all the time at school and thought it “should be” funny because no one educated us that it’s absolutely wrong to joke about something as serious as rape.

Source: APIIT (For illustration purposes only)

A Malaysian guy took this matter to Twitterjaya, making a PSA about how rape jokes should be stopped because it’s just not funny. Apparently, he witnessed first-hand of how a university classmate told a rape joke loudly and made a girl cry. 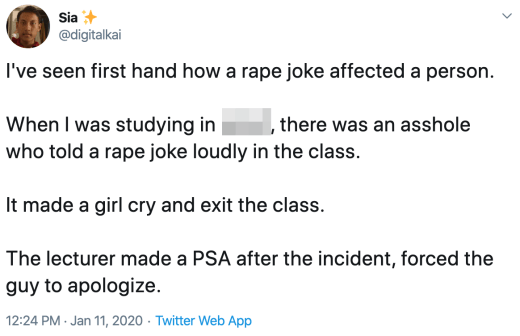 Thousands of netizens noticed his tweet and resonated with his story, signifying how many others support the fact that “rape jokes” are technically not jokes. 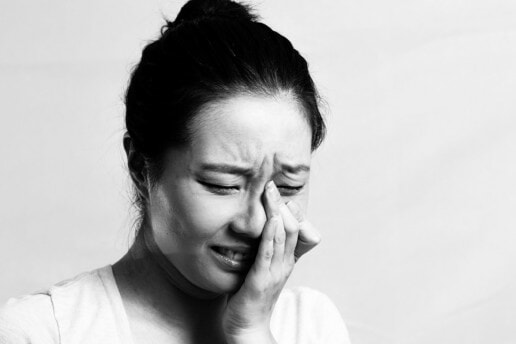 Sia then continued his story, saying how the girl in his class dropped out of the subject because it was extremely difficult for her to be in the same class with the guy who made the inappropriate jokes. What was worse was that the guy defended himself by saying:

“How should I know she’s a victim? Not my fault.”

Angered by how some people sided with the guy who told the joke, Sia mentioned that using excuses like “Maybe he doesn’t have a sister” does not mean one can make hurtful jokes.

From what he had witnessed in his class, Sia learned that we could never know who the victims are, as they might be our friends, classmates, or colleagues at work. Rape survivors had a difficult time trying to live like other people, and a single rape joke could resurface their pain and agony.

Sia also mentioned that we should all watch our words because it may “cause deep emotional pain to some people”.

Have some empathy for everybody, we’re sure there are better jokes to make.

Also read: 18yo Deaf & Mute Malaysian Girl Used Sign Language To Tell Her Dad That She Was Raped 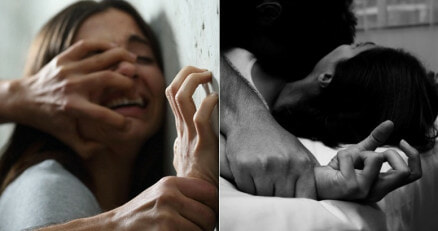