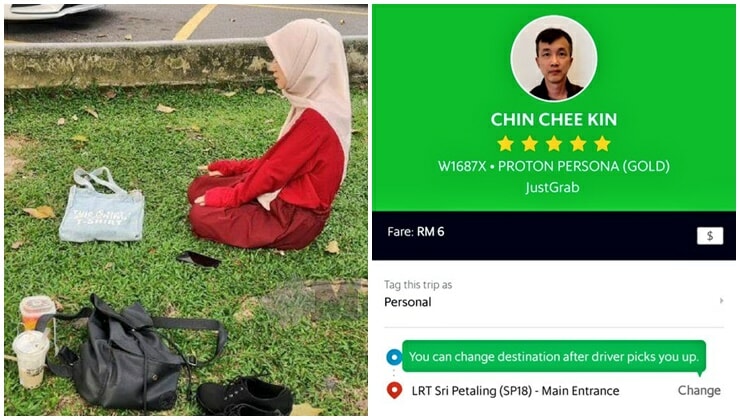 Now this is the kind of respect and compassion we’d like to see more of amongst Malaysians!

Recently, a Twitter netizen shared her experience of publicly praying on the grass because she and her sister couldn’t get to a nearby surau in time. 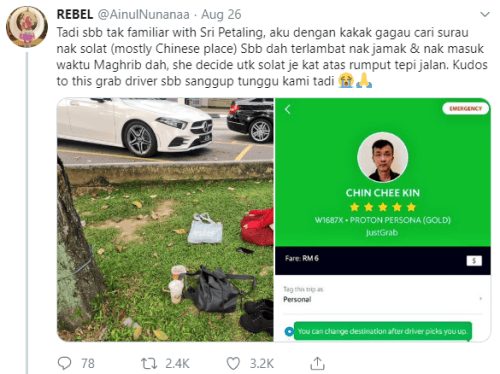 They were originally from Jitra, Kedah but came down to Sri Petaling due to work matters. Once they finished attending to business, they tried to find a nearby surau but were unable to as they were unfamiliar with the city.

Hence, they decided to call a Grab from where they were to a nearby LRT station so they could pray at the public surau there instead.

However, as some of us city folk may know all too well, the traffic in KL can often lead to cars getting stuck in terrible, unmoving jams.

The girls were worried that they weren’t going to make it to the mosque in time for Maghrib so they decided to pray on a clean patch of grass nearby.

The Twitter user said she wasn’t too bothered about praying on the grass as she made sure the spot she chose was clean. 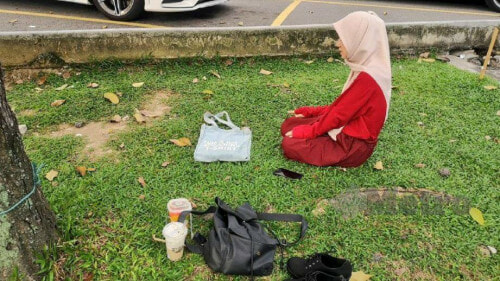 To their surprise, the Malaysian Chinese GRAB driver that they booked patiently waited for them without complain! The netizen shared that even though the driver wasn’t Muslim, he was very considerate towards their situation. He didn’t feel burdened to wait despite the fact that he arrived when they were praying.

Many praised the Grab uncle for his respectfulness. Grab even replied to the thread with a tweet, commending the driver for his efforts. 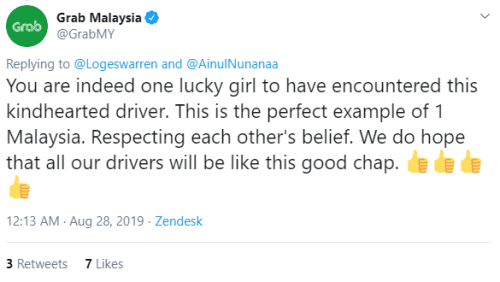 He deserves the recognition! Being considerate of each other’s religious practices even if they’re not your own is just what this country needs, and it’s reassuring to see that there are citizens who still believe in that. 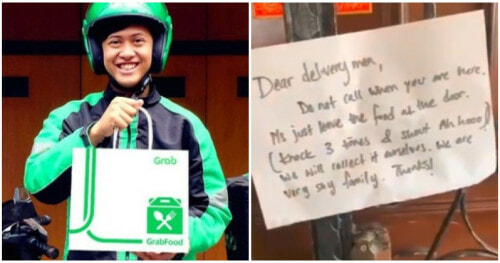