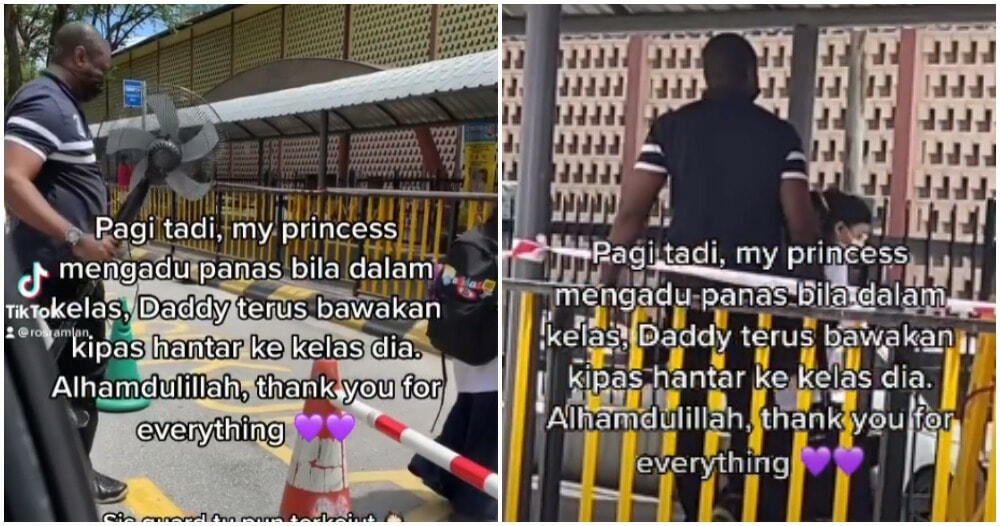 Never underestimate the lengths a father would go to for his princess!

Malaysian primary school students started going to school on 1 March and it seems like they’re enjoying themselves. This eight-year-old girl is also enjoying her schooling days but she has one complaint, IT’S TOO HOT!

TikTok user Ros Ramlan (@rosramlan) posted a video of her daughter complaining that she feels warm when she’s in class. Listening to his daughter’s predicament, Ros’ husband immediately decided to bring a whole stand fan to her classroom! 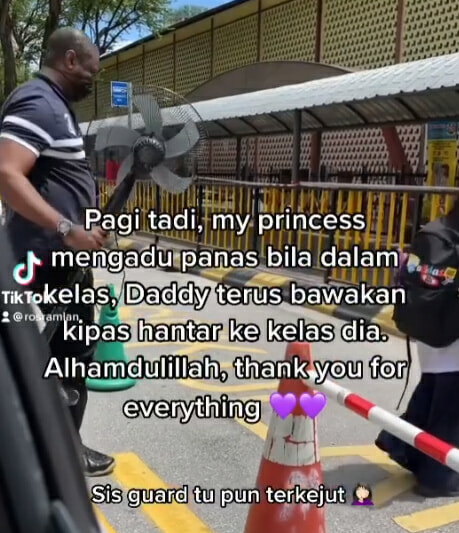 “My princess was complaining that it’s warm in her classroom. Her daddy immediately brought a fan to her class. Alhamdulilah, thank you for everything. Even the guard was shocked!”

Speaking to WORLD OF BUZZ, Ros said that even though her husband is actually her daughter’s stepfather, their relationship is exactly that of a real father-daughter. She also clarified that her husband brought the fan to the school as the fan in the classroom had stopped working thus her daughter requested her father to bring the stand fan. 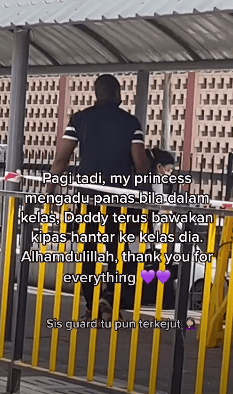 Ros added that she even confirmed this with her daughter’s class teacher who said that the school doesn’t have enough fans at the moment.

” The fan was not for my daughter alone but since the teacher said there’s not enough fan at school at the moment, we thought the fan might be useful for the whole class.”

After Ros’ husband brought the fan, the teacher told that the whole class definitely felt more comfortable carrying out their lessons.

Let us know what you think about this adorable father-daughter relationship!

Also read: “This is for my daughter” M’sian Father Takes Teddy Bear From Garbage As He Couldn’t Afford One 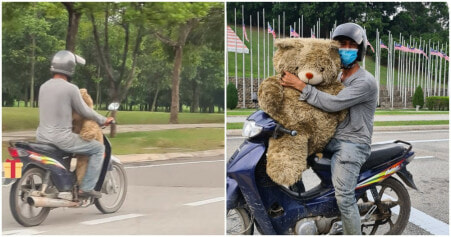