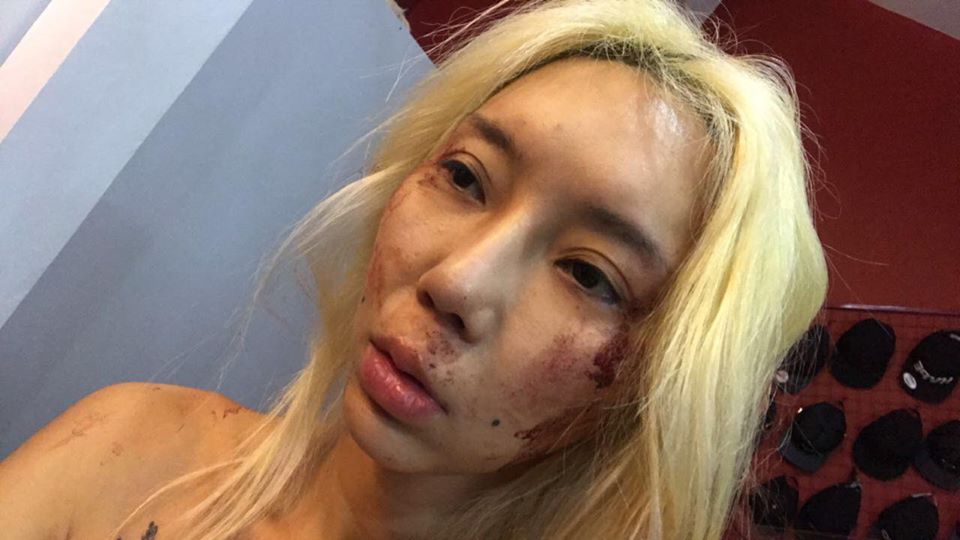 Social media has been abuzz recently when famous Malaysian DJ Leng Yein shared that she had been violently abused by her ex-boyfriend for the two years she had been with him. In the now viral post, she shares heartbreaking photos of the injuries she sustained when she was with him. 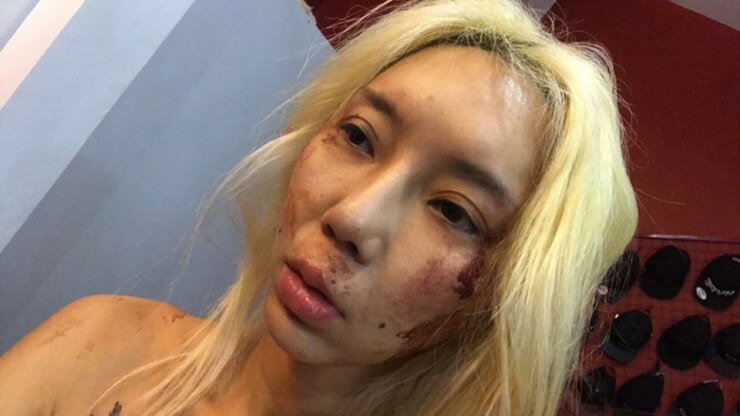 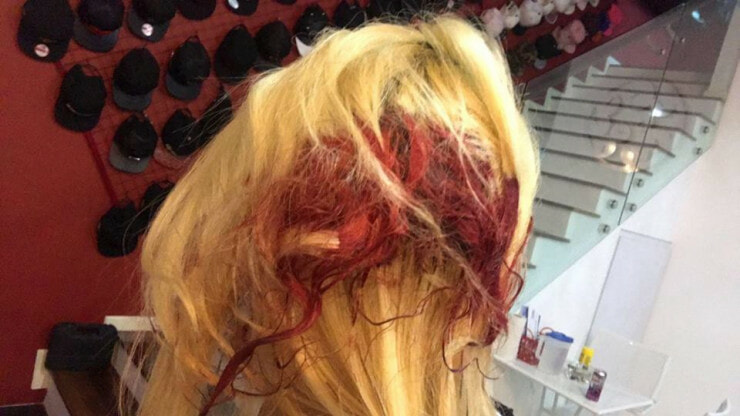 The photos of her bloodied face and body drew sympathy from her many fans as they condemned the alleged actions of her ex-boyfriend for treating her this way. Leng Yein or Jie Jie (literally translated to Big Sister) as she is affectionately known to her fans wrote that she finally broke her silence because she wanted other women to have the courage to stand up for domestic violence.

Although many people were sympathetic and outraged at the abuse she suffered, there were people who said that her injuries were faked and that she was doing it to gain fame. Eventhough she’s already very famous, though!

There were comments from netizens who said that they wanted to withhold judgement until they heard the other side of the story. However, Leng Yein had said before in her post that her ex-boyfriend is supposedly a “powerful lawyer” with connections who had kept threatening her with his “power” for two years.

Very unfortunately, victim blaming is still a very strong culture in Malaysia and worse, a local news site picked up the story but put a sad twist to it. Their article was titled, “Malaysian DJ Claims She Was Abused by Her Ex-BF But Some People Are Saying She Faked It.” 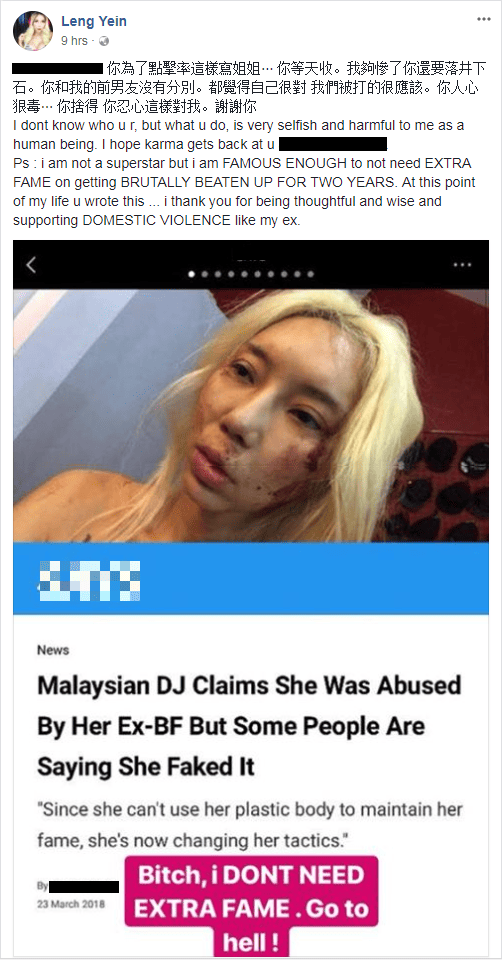 This article in question was spotted by Leng Yein herself where she condemned the news site and said that by putting such a spin to her story, they were supporting domestic violence. Other netizens who saw the article also criticised them for their article. 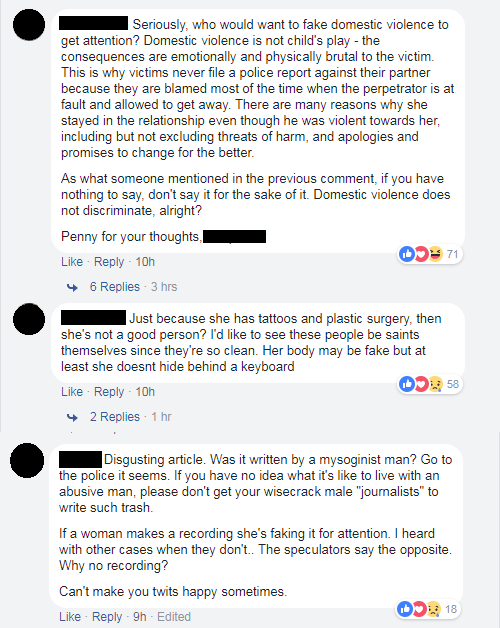 She wrote, “I don’t know who you are, but what you do is very selfish and harmful to me as a human being. I hope karma gets back at you. PS: I am not a superstar but I am FAMOUS ENOUGH that I do not need EXTRA FAME on getting BRUTALLY BEATEN UP FOR TWO YEARS. At this point of my life you wrote this. I would like to thank you for being thoughtful and wise and supporting DOMESTIC VIOLENCE like my ex.”

After suffering backlash for their article, the news site has since edited their title. In the midst of all this suffering Leng Yein had to go through, there were several people who did not believe her story as well. She called them out on her Facebook page and “thanked” them for supporting domestic violence. 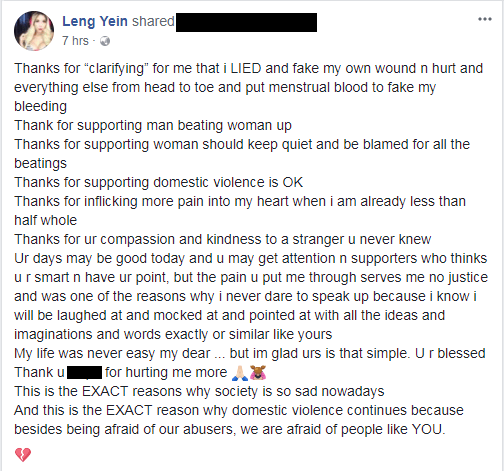 She added that these people were part of the reason why she did not speak out sooner as she did not want to be ridiculed or laughed at. I mean, imagine, going through all that pain – mentally and physically – only to have haters say these disgusting things. It isn’t easy! People who knows her ex has also apparently reached out to her and said that he has a history of abusing women before this.

We hope that Leng Yein gets better soon and please, break the silence if you or anyone you know is suffering from domestic violence. 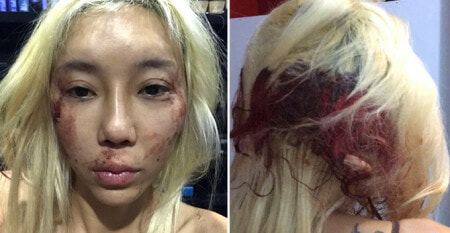