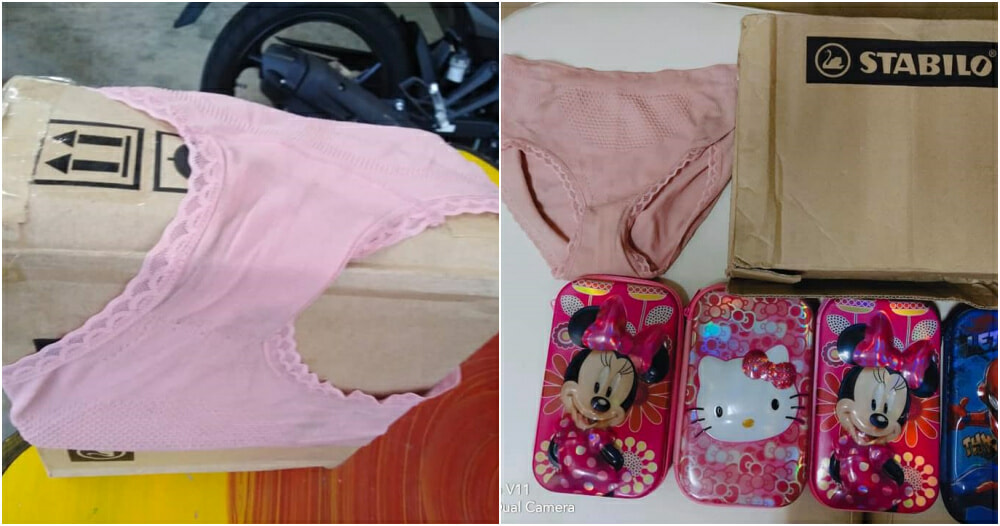 Who doesn’t like it when the delivery man comes by to drop off our parcels or packages? It’s exciting and personally, I love receiving my orders after waiting several days for them to finally arrive! I’m sure you guys can relate.

However, the same can’t be said for Malaysian netizen, Mamaayu Admia, who took to her Facebook to share her outrage with everyone after receiving a parcel from a courier company with a wacky surprise.

The parcel, which was delivered to her husband, was wrapped along with a pink coloured panty! Oh no…

Mamaayu wrote in her post, “As a seller and a customer, I’m so disappointed with the service from the courier company. Today we received a parcel that my husband ordered online. The box was wrapped with pink lady underwear.”

“Seriously, this is too much! The item he ordered was in good condition. Even the box was badly damaged but I don’t mind. But how can my parcel end up like this?” she added on to say.

Her post garnered over 1,000 shares and 1,600 comments. Many netizens found the incident hilarious while others expressed their disappointment at the ridiculous package.

Some even pointed out that the courier company should not be blamed as it could just be a prank by a neighbour or a random passer-by.

However, after speaking to World of Buzz, Mamaayu explained her husband received the parcel directly from the delivery man and was shocked when he noticed a pink panty wrapped around it. 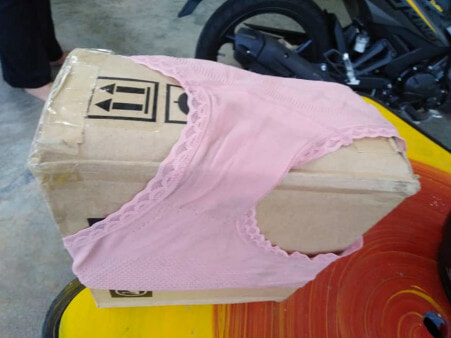 Her husband questioned the delivery man, to which he responded saying that he had no idea as they too had received the parcel for delivery that exact same way.

Of course, the couple then contacted the seller but even they had no idea what happened. The seller said the parcel was nicely wrapped when it was sent out.

What are your thoughts on the story? Let us know in the comment section below! 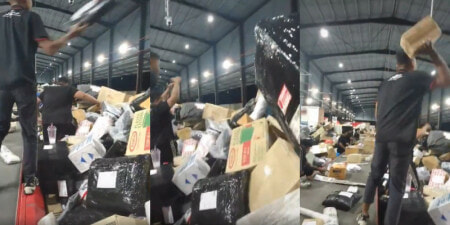