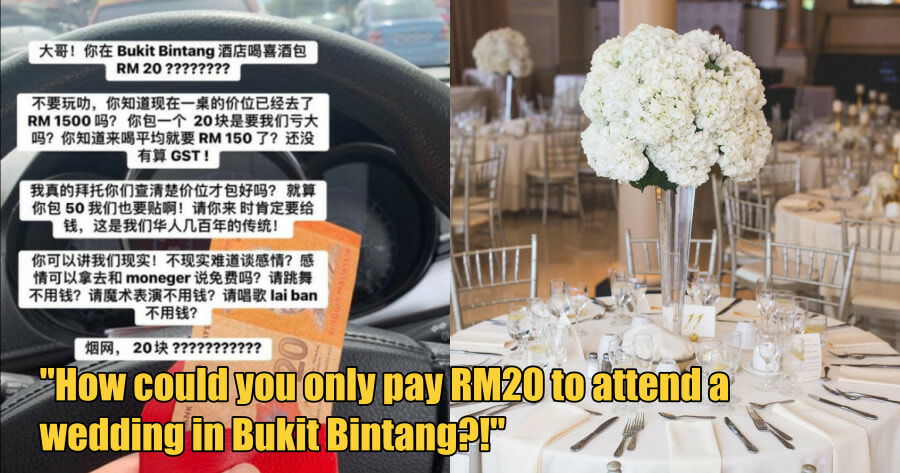 Wedding receptions can be costly and it’s one of the reasons why most people who are getting married nowadays would only have a small intimate ceremony. However, according to this Malaysian, it seems like he wasn’t really happy after having his wedding reception.

In his post, he mentioned that his wedding reception was held at a hotel located in Bukit Bintang but to his disbelief, he received an angpao from a guest who only gave him RM20.

“You’re attending a wedding reception in Bukit Bintang, and you only gave RM20?! Do you know that a table could cost up to RM1,500 nowadays? Do you want us to lose out on so much of money?“, he said. 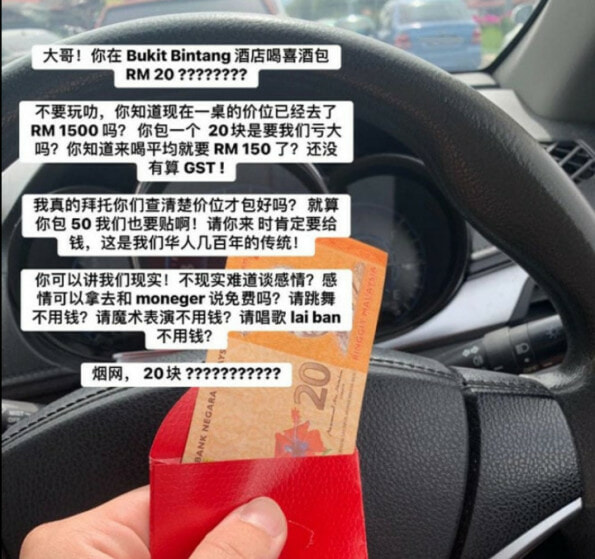 He then continued in his post mentioning that RM20 in a red packet could be the price you pay 20 years ago and the ‘market price’ to attend a wedding reception now would be around RM150. He said that although they were busy during the wedding reception, they were able to identify the person who gave him the RM20 angpao.

“Just because you didn’t write your name on the red packet doesn’t mean we don’t know who gave it to us“, he added. 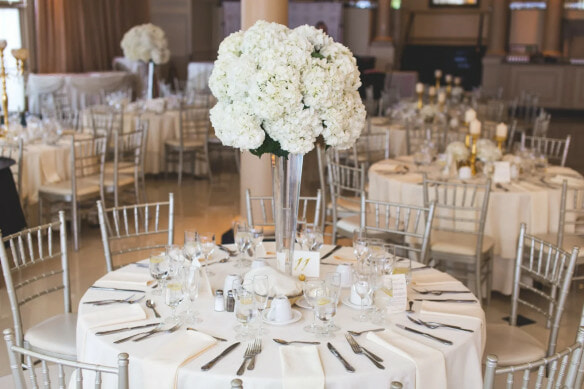 He then ended the post saying that even if the guest didn’t want to pay, they could’ve at least bought them a gift that’s presentable. Following this incident, many netizens have left their comments and here’s what some of them said:

“Maybe they’ve really tried their best to give as much as they can. Everyone would have days when they’re struggling. They have the right to not talk about their problems.”

“If you plan to invite someone, you shouldn’t be so calculative with how much you get.”

“Gifts are nothing as compared to their sincerity. It seems like you care about the value of gifts than friendships. There have been plenty of weddings going on recently and perhaps RM100 is a little steep for them financially. You should be more considerate.”

Do you think he has the right to be angry? Let us know in the comments below. 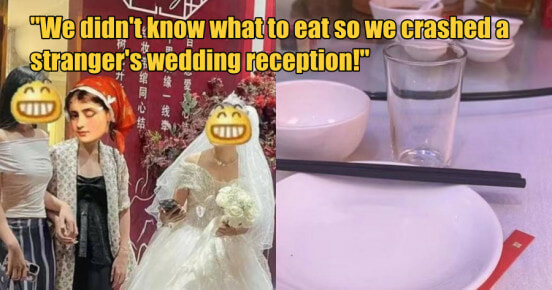