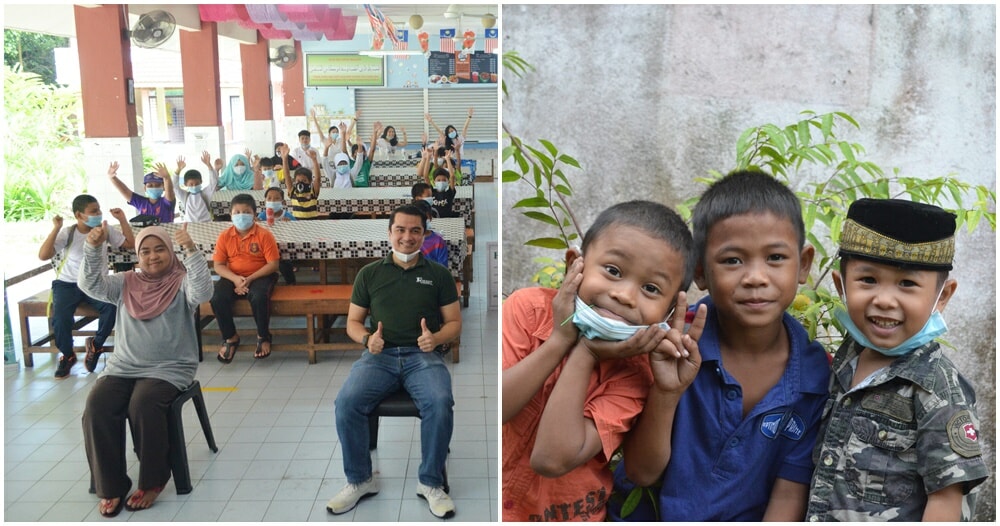 Damansara Perdana is typically known for its flourishing township, upscale neighbourhood and accessibility to malls and cafes galore. But before it became one of the best selling townships in Petaling Jaya, the land was home to the Desa Temuan indigenous (Orang Asli) community. Often referred to by KL-goers as DP, Damansara Perdana was initially occupied by these indigenous community settlers up until 1995 when property developers took over the site under a privatisation scheme and forced these Orang Asli families out of their land and into the houses that they built. 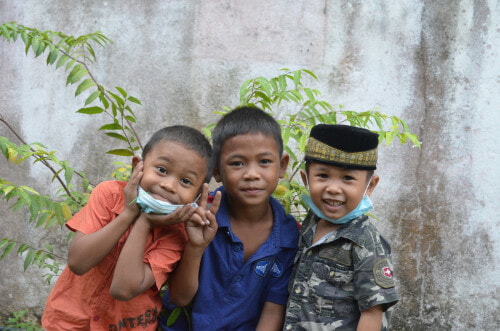 Children who are part of the desa temuan orang asli community.

WORLD OF BUZZ recently had the opportunity of visiting the Desa Temuan indigenous community thanks to #ForestCares, a CSR outreach programme held by Forest Interactive. We sat down with Persatuan Kebajikan & Pengurusan Islam Orang Asli (PKPIOA) Selangor Chairman, Norazam, to discuss how this Orang Asli community has been coping throughout the MCO:

“We have about 147 households and 1,100 people in the Desa Temuan indigenous community. Many families are affected because they can no longer work or collect resources like we used to from the forest.” 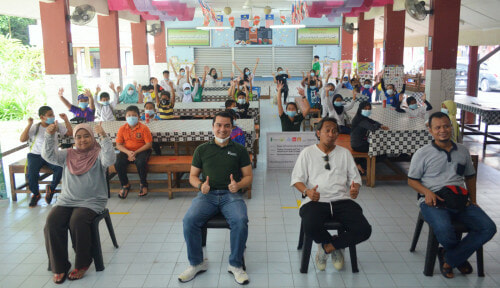 While the government is trying their best to provide aid to these indigenous people, Norazman says that aid is only given when requested. “The government doesn’t give us aid unless we appeal for it as there are so many communities in need of assistance right now. But when tragedies like these happen and things get really bad, we ask for NGOs to help us appeal to the government for assistance. Right now as the MCO is going on, we could really use the help any way we come by it.”

Upon hearing the outcry of this struggling community, #ForestCares, the CSR arm of Forest Interactive, in collaboration with Mojo Films Sdn Bhd, took a team of 8-10 volunteers on a Saturday morning (4th June), to distribute food and basic necessities worth up to RM12,208 to a 147 of the Orang Asli households with over 1,100 people. 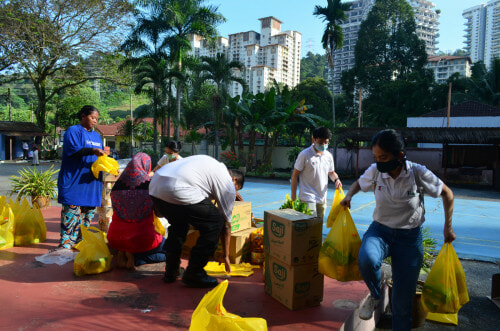 #forestcares representatives volunteering to distribute food to the orang asli community on a sunny saturday afternoon.

“The Orang Asli communities nationwide have been greatly impacted as much as we have by the current pandemic, if not more. I’ve been informed that some households have up to three generations living under one roof, and during these difficult times, with their livelihoods at risk, it’s been harder for the families to sustain themselves,” told Forest Interactive CEO, Johary Mustapha, to WORLD OF BUZZ.

Despite the ease of restrictions under the new RMCO, the Orang Asli community is still living in isolation and trying hard to make ends meet. A large concern of the ingenious community is how their children are going to find a better future for themselves during a time of economic uncertainty caused by the current global health crisis. 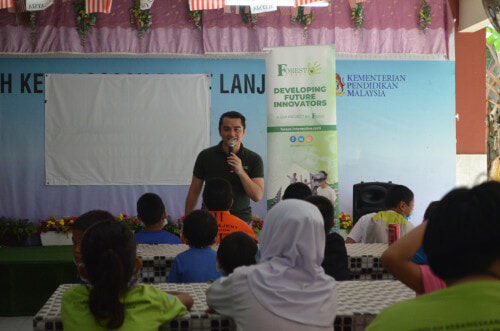 Hence on top of donating basic necessities, #ForestCares also organised an educational talk for the students of Sekolah Kebangsaan Bukit Lanjan (Asli) in Damansara Perdana to inspire these kids to explore careers in tech and digital industries. “Education has the potential to enable today’s youths, the next generation of leaders, to rise above poverty and overcome their struggles,” said Johary, who delivered the talk.

Village chairman, Norazman, expressed his gratitude for Forest Interactive’s initiative, “We are very thankful for both the donation and the motivational talk to our students. The talk, especially, is much needed to inspire the kids to study hard and be successful in the future, and to lift their spirits to go to school after staying at home for more than three months since the MCO”.

How You Can Help The Orang Asli Community

“We’re really thankful for organisations like Forest who lighten the burden borne by the Orang Asli community because there are many who have faced salary cuts and retrenchment during the MCO. The economy of the OA community has greatly deteriorated.”

WORLD OF BUZZ  took the opportunity to ask Norazman about the current issues they’re facing that needs serious attention and what readers could do if they wanted to offer assistance to the Desa Temuan community. 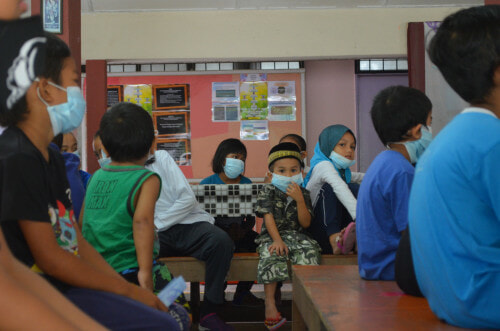 Some of the orang asli kids who attended the talk.

“We are extremely thankful for any help we can get. Right now, it’s crucial that we have access to resources relating to health and hygiene. Whenever we receive aid,  it’s always food but we really need cleaning equipment such as soaps and toothpastes as well. And of course, donations are welcome too.”

If you’re interested in helping the Desa Temuan community in their plight, you can visit the Persatuan Kebajikan Dan Pengurusan Islam Orang Asli Selangor (PKPI)’s Facebook page and message the admin of the group on how you can help out.

“Either I or other members of the community will respond”, said Norazman. “We need to properly communicate with those who want to help in order to organise outreach or donation programmes to ensure there are enough resources to accommodate everybody.”

If you are in a position to help those in need, do consider lending a hand to the Desa Temuan community.

Also read: Some Orang Asli Families Are Forced To Move To The Jungle To Get More Food