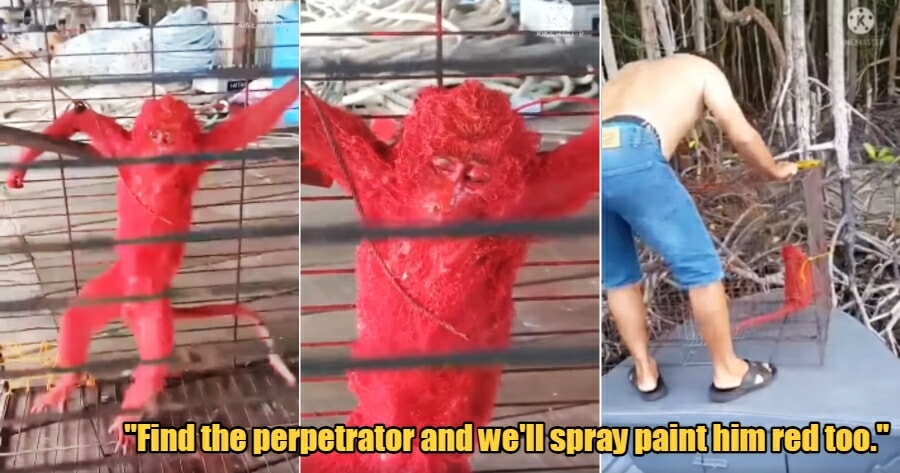 There has always been cases of abuse towards monkeys, but at this point in time, we should know better than to continue such terrible traditions.

Sadly, there’s clearly still a lack of respect for other living creatures.

The Persatuan Haiwan Malaysia – Malaysia Animal Association Facebook page recently shared a video showcasing a poor monkey tied up in a cage after it was drenched in red paint. 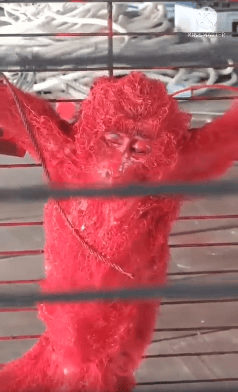 They wrote, “Painting monkeys is becoming more and more popular in this country. Every year, several cases of this tyranny are reported.”

In the video, the monkey could be seen being released back to the jungle, but that isn’t necessarily a good thing either. 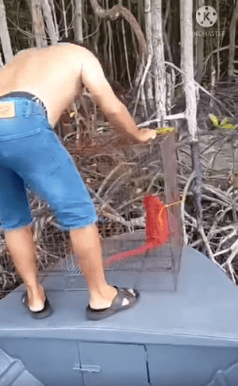 “The perpetrator who painted the monkey did not think about the life and safety of this primate when faced with its colony later,”

“He will be injured and may even be killed as a result of the attack of its colony who no longer recognises their painted friend,” Persatuan Haiwan Malaysia – Malaysia Animal Association added.

They have since requested for any parties who can identify the perpetrator and the location of this incident to step forward.

Meanwhile, the video of the poor monkey’s experience led to anger from netizens.

“Find the perpetrator and we’ll spray paint him red too. Humans have brains to live but don’t use it.”

“Demons can lose to human behaviour.”

We genuinely hope that the authorities find who did this to the poor monkey and take strict action against them. Animal abuse is something that isn’t tolerated anymore at this day and age, and it’s about time we leave such cruel practices in the past.

We also hope that the poor monkey is okay! 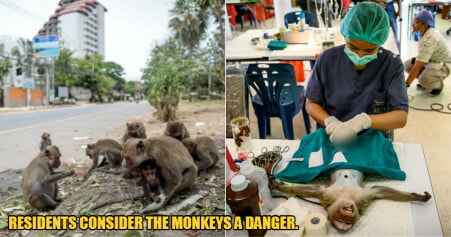