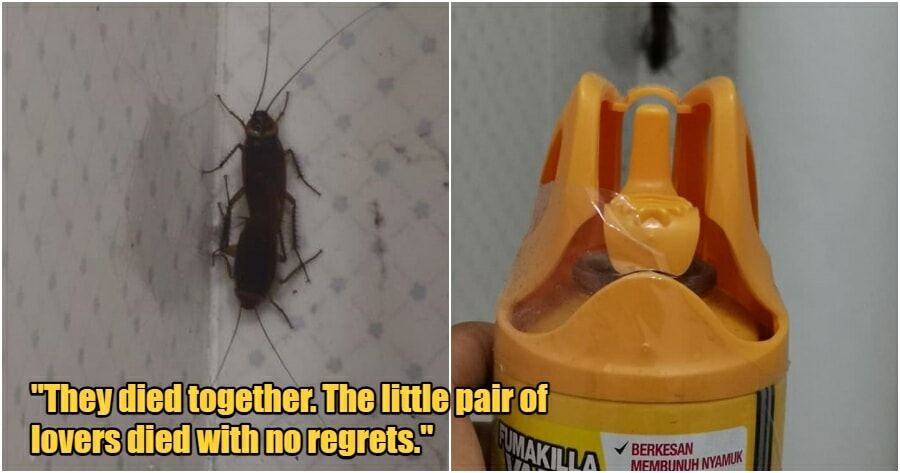 Cockroaches, despite their small sizes, can be intimidating but immediately turn terrifying once they spread their wings and roam mid-air in the house. Most of the time, our reflex actions will prompt us to “run for our lives,” while the brave ones stay and attempt to kill the insect.

Recently, in the Facebook group KL娱乐站, a Malaysian shared a couple of images of 2 cockroaches in his house, which were “enjoying” their mating activities. 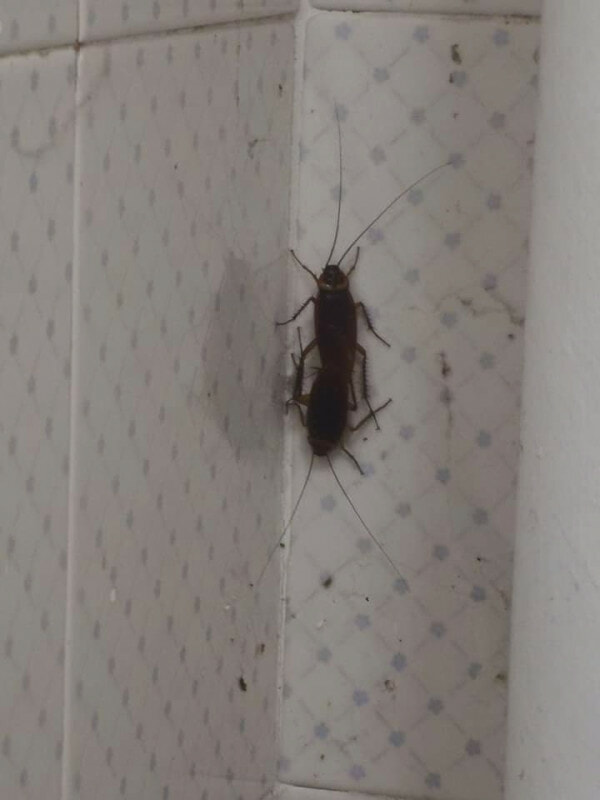 Cockroaches breeding in your house? No thanks, we’ll pass! And he did what many of us would’ve done – prep the weapons, and KILL THEM! 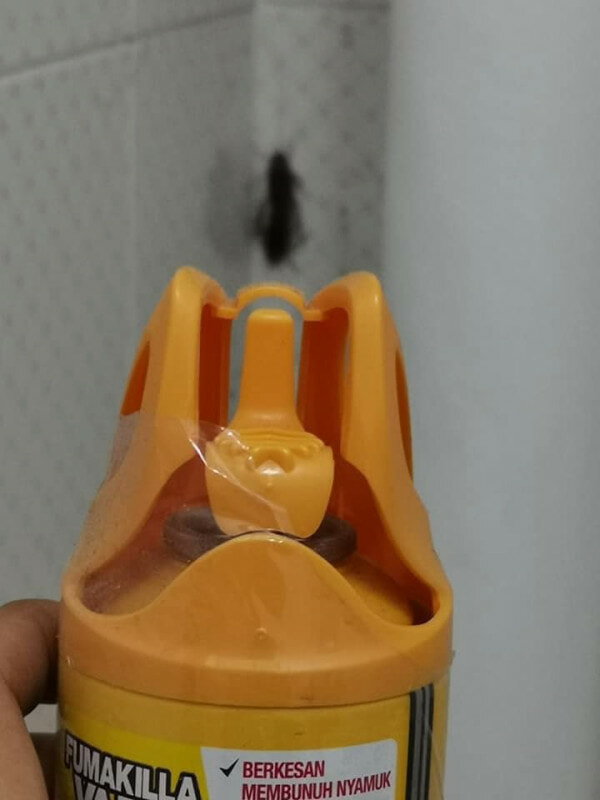 Just before he killed them with a repellent spray, he left a “heartfelt message” to the insects who did not foresee their death at such a moment.

“I’m sorry, please don’t blame me. Blame yourselves for mating at the wrong place. Hopefully, you will be reborn again as human beings and please mate at the right place.”

Their choice of “mating location” sealed the cockroaches’ fates.

Since then, his post has gone viral on social media, with more than 1,300 comments and more than 250 shares. Malaysians, who were entertained by the images and his caption also commented on his post and joked about the situation.

“You stop the mating, your private part has to be cut off.”

“What if they spread their wings and came to you instead?”

“They died together. The little pair of lovers died with no regrets.”

“Stop them from breeding!”

‘They died together. It was mercy.”

“I would’ve just slapped them with slippers. They die, or we do.”

One cockroach is enough to send chills down our spine, but 2 mating cockroaches? Would you have killed them on the spot?

Also read: M’sian Discovers Bugs In Her Salad At A Japanese Restaurant In Klang, PIC Blames Supplier Instead 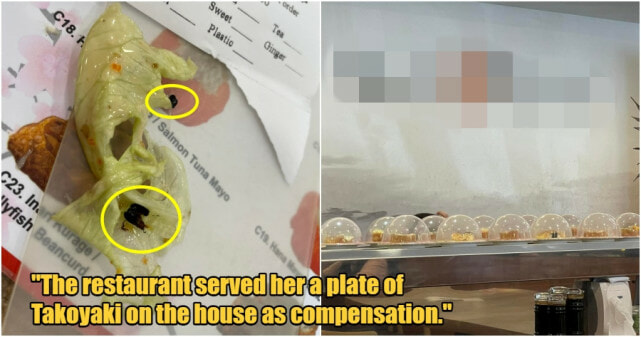