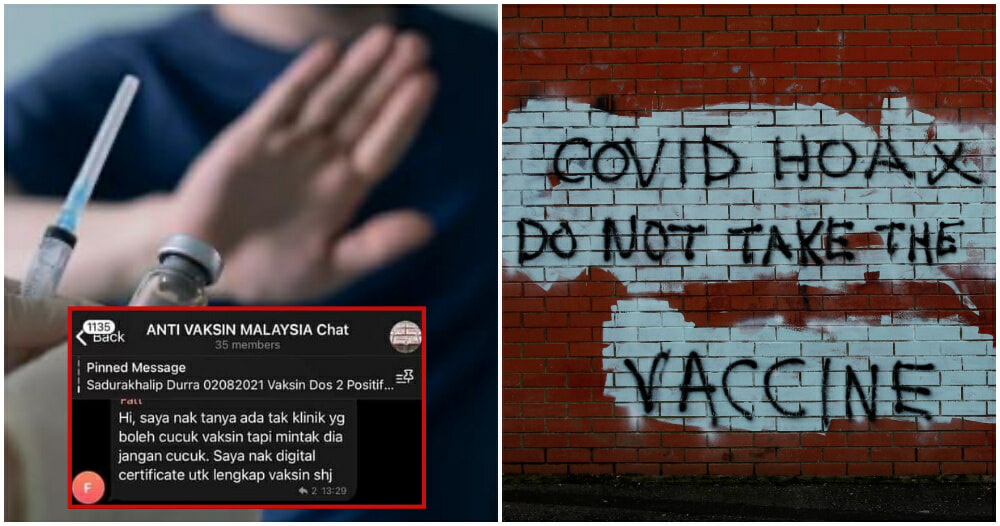 Since the government has announced the relaxation of SOPs for those who have completed two doses of the Covid-19 vaccine, anti-vaxxers who still refuse to get vaccinated are allegedly finding alternative ways to fake their vaccination certificates.

It has been reported that the anti-vaxxers are willing to pay for the doses but refuse to be injected as their priority is to get their hands on the vaccine certificate which will allow them to enjoy the benefits of the relaxed SOPs too.

A screenshot of a conversation from an anti-vaxxer group chat on Telegram called “ANTI VAKSIN MALAYSIA chat” has been circulating on social media as well, showing anti-vaxxers exchanging information on how to obtain the vaccine certificate without getting injected.

Clinic in Penang said anti-vaxxers have tried to bribe them

Clinic Mediviron Penang recently took to their Facebook page to share that they have recently been getting calls from anti-vaxxers, attempting to bribe the clinic to help them fake their vaccination doses.

In the post, the clinic shared the conversation that went down between one of their staff with an anti-vaxxer. They revealed the anti-vaxxer was willing to pay up to RM1,000.

They wrote in their post, “We have been getting many calls from random people recently.” 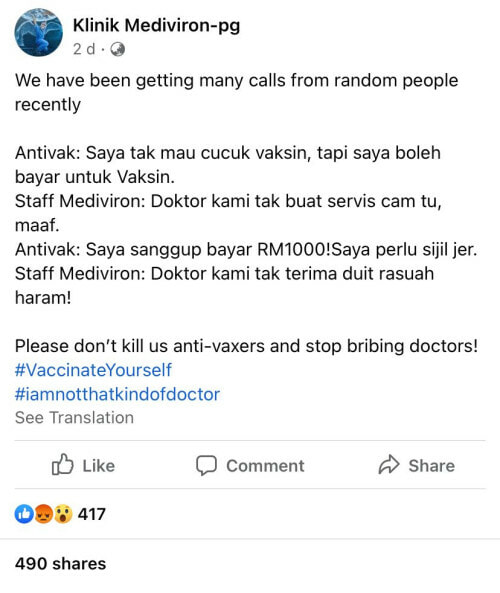 Anti-vaxxer: I don’t want to get injected, but I can pay for the vaccine.

Mediviron staff: Our doctor does not do these kinds of services, sorry.

Anti-vaxxer: I am willing to pay RM1,000! I just need the certificate.

Mediviron staff: Our doctor will not receive bribes.

“Please do not kill us anti-vaxxers and stop bribing doctors! #VaccinateYourself #Iamnotthatkindof doctor.”

WORLD OF BUZZ has reached out to Clinic Mediviron Penang for further information but they have yet to respond.

FPMPAM said they are aware of the situation

President of the Federation of Private Medical Practitioners’ Association Malaysia (FPMPAM), Dr Steven Chow has confirmed the existence of such attempts, as reported by MalaysiaNow.

“Yes, we are aware of the efforts to go beyond the system. The Federation opposes any doctor who agrees with this unethical practice. As far as we know, FPMPAM members have always rejected the requests of these irresponsible individuals,” he told MalaysiaNow.

Steven said FPMPAM members have always followed ethical medical practices. No further official data was obtained but he said the matter was reported by a network of FPMPAM members. 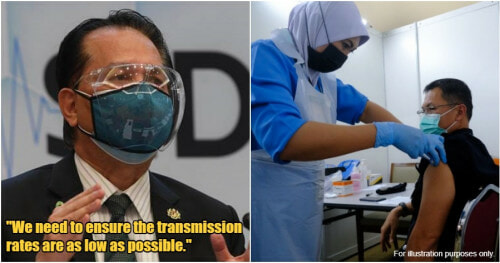