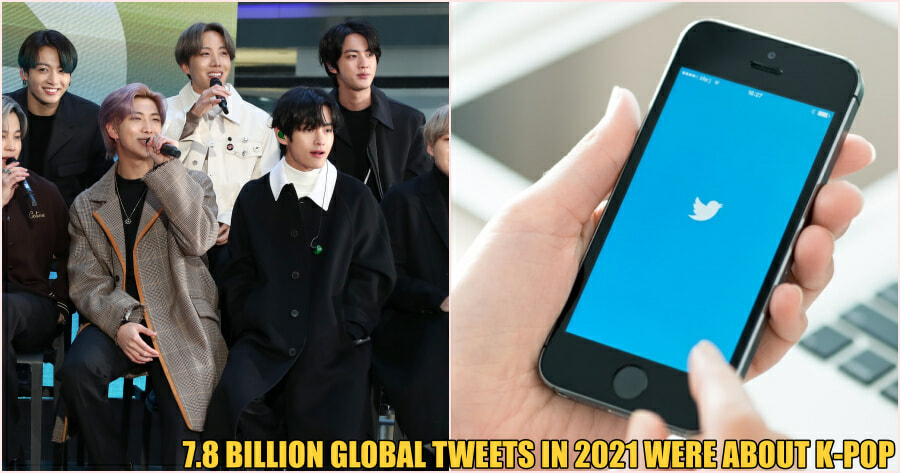 Over recent years, K-pop has the world in its hands as popular groups such as BTS and BLACKPINK have stormed on radios in every corner of the globe.

K-pop group have also increased in their fanbases with some proving to be a little too obsessive with them.

People have often taken to social media to express and discuss their love for their idols. It was recently revealed by Twitter that #KpopTwitter has once again dominated the online space.

It was also revealed that in 2021, Malaysia ranks 7th in the top 20 countries tweeting the most about K-pop, with Indonesia, the Philippines and South Korea making up the top three. 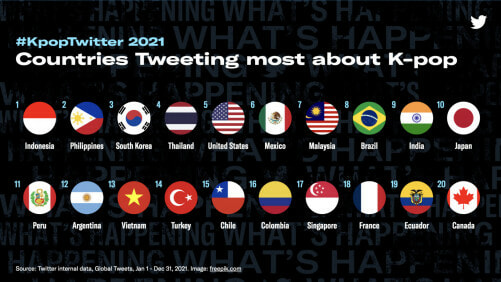 The press statement also stated that Malaysian K-pop fans tweeted the most about BTS which was the most discussed K-pop group.

The Malaysian BTS ARMY also lended a huge helping hand by raising up funds for those who have been affected by the floods in December 2021.

In terms of the list of countries that have the most K-pop fans on Twitter, Malaysia ranked 10th in the list with Indonesia, Japan and the Philippines coming in at first, second and third respectively. 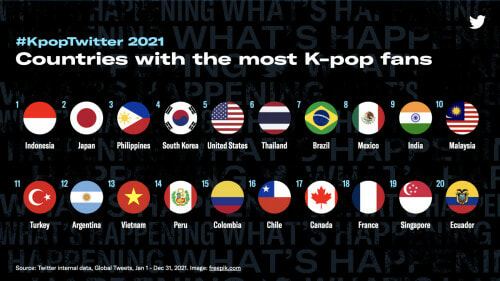 “With up and coming idols connecting with their passionate fans on Twitter, we are confident that #KpopTwitter will continue to break new records every year.”

“As the global consumption of Korean content grows, we look forward to seeing even more diverse conversations on Twitter and providing more content in 2022,” it concluded.

How often did you tweet about K-pop in 2021? Let us know in the comments. 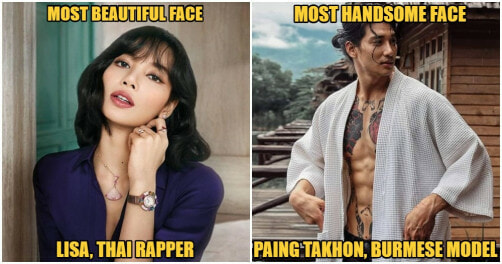