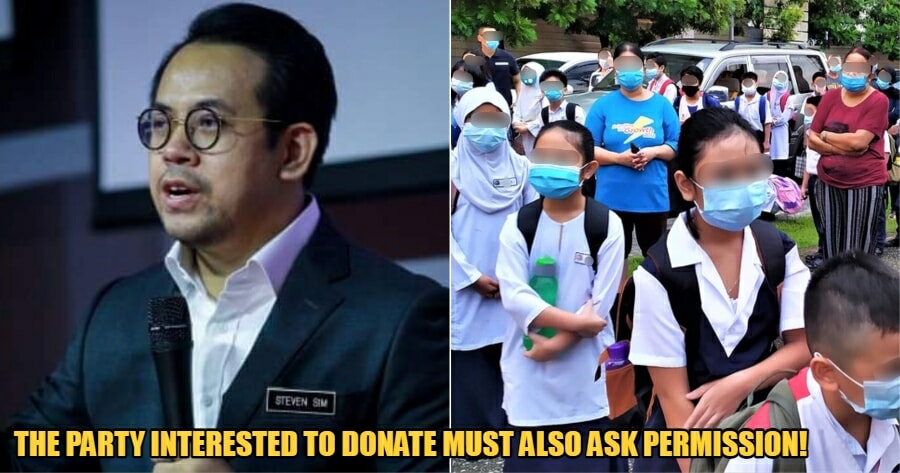 Donations are a huge part of the betterment of community infrastructures and how a society grows as a unit.

Which is why it is shocking to hear that political figures and schools have to request permission from the authorities to give and receive donations from the public.

Bukit Mertajam MP Steven Sim Chee Keong, recently took to his Facebook page to showcase his disappointment and anger towards the government for implementing such procedures, which he deems to be controlling. 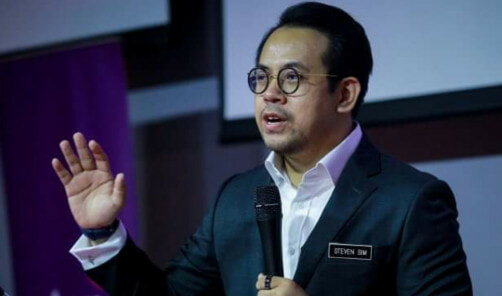 He wrote, “Failed government fails to the maximum. Now, even if you want to donate you will have to write a letter requesting permission from the Department/Ministry first. Schools don’t have enough funds. The government cannot afford to help. So, the schools request contributions from the people’s representatives and the public.”

“The people’s representatives and the public agree to contribute. But the government doesn’t allow – the parties who want to donate must write a letter beforehand to the government, asking for permission from the government on whether we can make a donation to the school or not.”

He also showcased a messaged he received, which explained the instructions on how to request permission to give and receive donations. 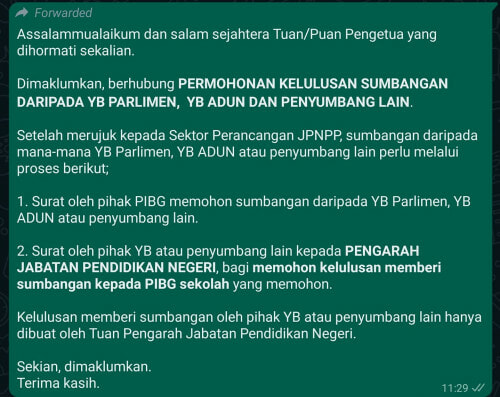 Sim questioned the authorities on their lack of trust

“Don’t tell me the government doesn’t have any confidence in their schools’ managements to identify the needs of each individual school? Don’t tell me the headmasters and the principals have to be controlled like they are incapable of thinking about the welfare of the schools they are leading,” asked Sim.

“What is happening in Malaysia? Until people who want to donate also have to write letters to the government asking permission to donate?”

He went on to urge the authorities to stop playing political heroes and to think of the children. 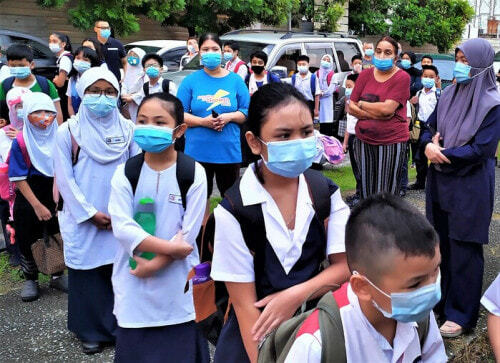 “The previous Minister of Education failed to implement home-based Learning and Teaching (PDPR), failed to give laptops that were promised to students, failed to properly implement SPM and other public examinations during the pandemic,” he added.

Furthermore, Sim explained that, “They also failed to provide data on student dropouts despite being requested for in Parliament, failed in COS teacher interviews.”

“All of the real work has failed and now they have the heart to do control this control that work. I call out to the Minister, in the issue of education, do not be a political hero. In the end, our children will be the victims.”

It is truly odd to think that community representatives have to request for permission to make a necessary donation to help a school, especially when the funds used are coming from the assistance of the public.

What do you think about this procedure? Let us know in the comment section. 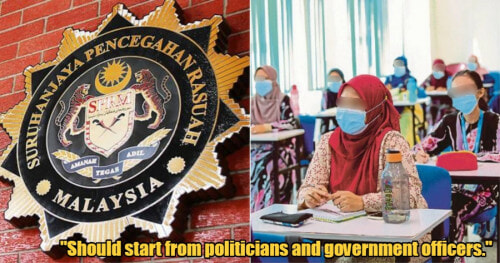